Using the Vive's motion controllers as mouse input for a webbrowser

Hi I’m pretty new to Unreal Engine, so I might miss some crucial information here.
What I did so far:
I managed to create a webbrowser widget blueprint and actor. I placed that in my level and I can see it.
I have a giant floating browser in my scene and I can see it update in real time.
What I want is to be able, to “click” on it with my vive’s motion controller.
The website I use is a big canvas, on which you can draw with the mouse, so you can think of it as a big whiteboard. So when I draw on it with another client I see it in my game. This is working great.

What I tried so far is creating a vr pawn as the tutorial stated. Then I made a basic teleportation for my right hand controller with LineTraceForObject which works great. I just teleport to the point where I hit a static object. (My floor)
Now I thought it should be similiar with the browser. It’s a dynamic object, so I remade it for the left motion controller.

Where I’m stuck is: how can I send a mouse down event when I hold down my trigger, to the coords my motion controller “hits” the webbrowser actor witht he LineTraceForObjects?

I attached a screenshot with my blueprint so far. This is what worked great for teleportation. 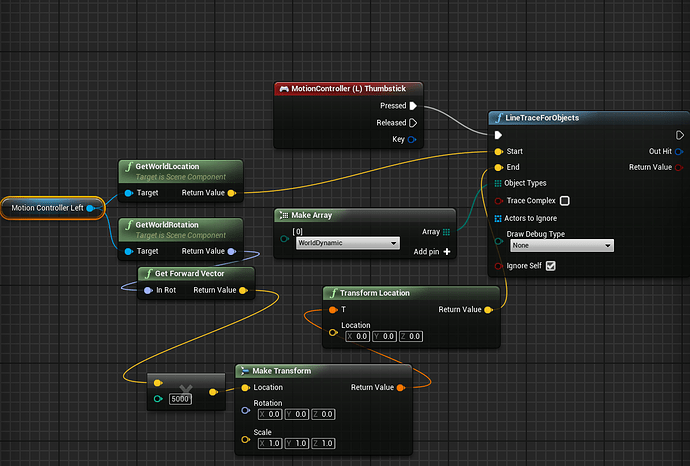 Thanks in advance for any help with this!
Morfium

Did you find an answer in the meantime ? I’m facing the same challenge here… Thank you

Have a look here:
https://forums.unrealengine.com/showthread.php?116634-VR-UMG-Compatibility-Plugin!

one day ago unreal engine 4.13.0 was released that introduced the “official” version of the plugin mentioned by indygood. It’s called “widget interaction component”, [see the documentation][1].

To get it working, simply 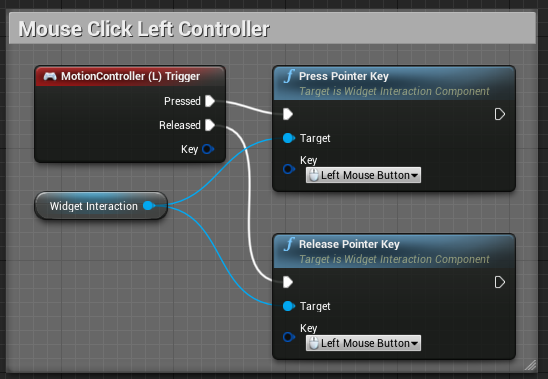 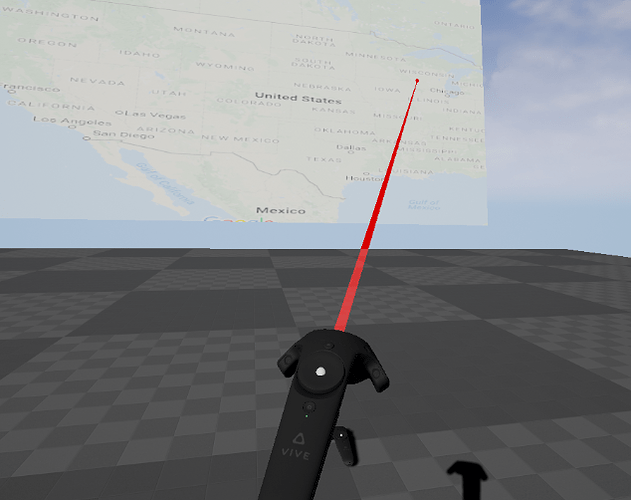 Tbh, yeah, i didnt try it specifically with a webbrowser; It worked in my project with all widgets i have, and since the question was more generally aimed at controlling widgets without a mouse, this was my suggestion.

sorry for responding so slow. I was pretty busy lately.
I just updated my project and tested the widget interaction component. It works like a charm.
I’m actually more than surprised by it.
Just tested it out for a few minutes, so I’m not sure it works 100%. But what I just tested worked pretty good.

Thanks for both your responses, that really helped me a ton!