Hello,
So, I did a lamp (the materials will change, it’s just for a test x) ) and I wanted to apply a subsurface on the lampshade, but only on the red part (btw, there’s no thickness to the lampshade, as we’ll never see below it, don’t know if it has its importance) 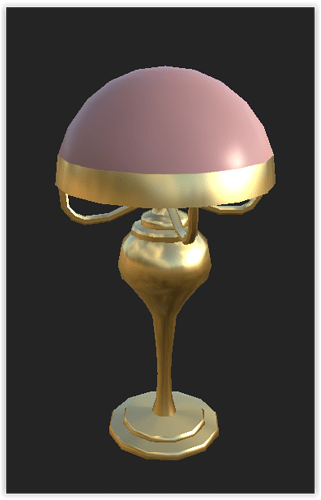 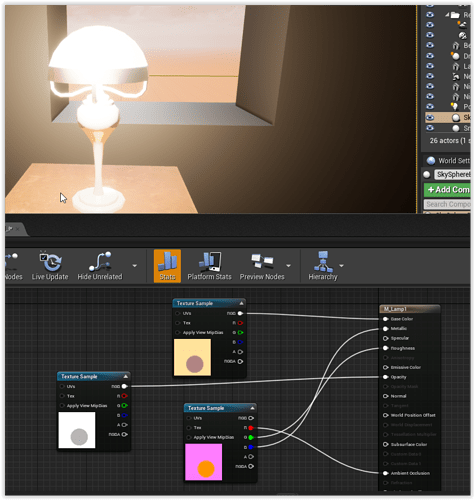 I try different combinations, changing the smapler type of the mask, unchecking sRGB, using different channels,… but nothing worked. I know I’ll have to separate the lampshade from the base (at the moment, it’s one object, but if I don’t do that, the base will not cast shadows), but there’s still the golden part of the lampshade that will be a problem. I searched on internet, but didn’t really find anything about that (or I’m blind, that’s another idea)
So, if anybody have an answer for a lost boy, I take it x) And if you see I’m totally wrong on how to do a subsurface effect on a lamp, you can tell me too x)