I want to share with You my version of voxel based Minecraft-like infinite world. I was inspired by John Alcatraz who did really great job making his prototype only with blueprints. I focused more on C++ instead to get the best performance. I create only the front faces from the outward voxels. I even manage to remove the chunk connections using the additional information shared between chunks.
Two weeks ago You could follow creation process on my twitch channel (http://twitch.tv/Tefel) where I did almost everything from algorythmic point. During last two weeks I was improving graphics, effects, menus and also adding more functionalities and features.

Don’t forget to check my Youtube Unreal Engine 4 channel. I upload there my work (tutorials and prototypes). Every single like and subsribe can help me to grow. Thanks! 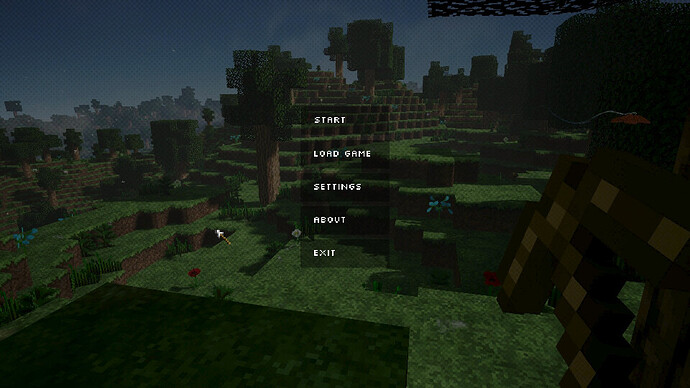 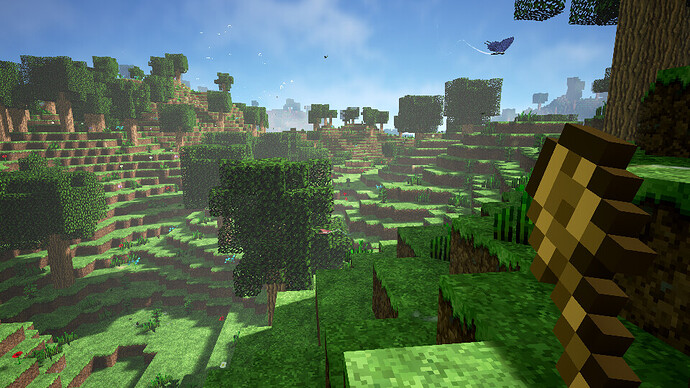 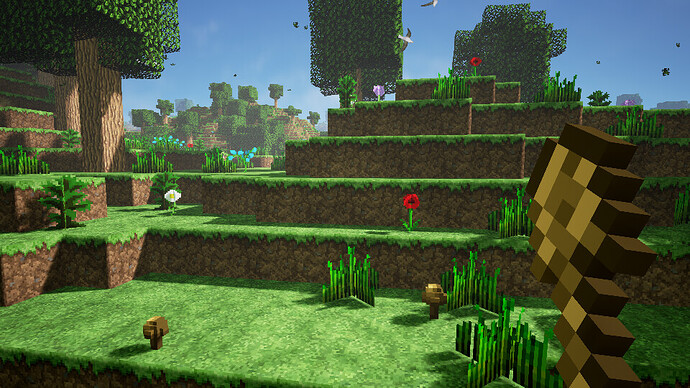 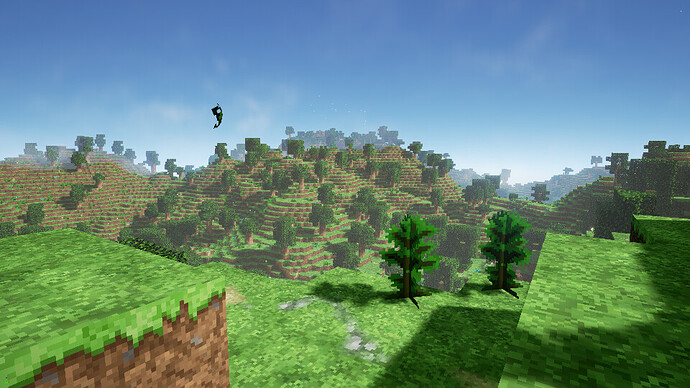 Graphics: All assets in this project are either created entirely by myself or were released as Public Domain and then used directly or edited by me.
Music: free, classical, ambient made by Sergey Cheremisinov & Philipp Weigl

This is just small side-project, prototype made on my twitch stream (http://twitch.tv/Tefel) where people could follow a creation process. To make this more enjoable I was trying to be really close to the original Minecraft game. While it’s looking similar to Minecraft, my intention was not to create a game similar to Minecraft but just challenge myself and check overall look of all additional Unreal Engine 4 effects.

I decided to upload source code but it all will depend on people being interested. Some likes and subscribes can help me to grow my UE4 Youtube channel where I put a lot of effort recording tutorials and other UE4 related materials.

Very beautiful i would like to see more !
it will be awesome to see the implementation of the generation/culling …

very nice! i would be very much interested in source files if possible

if not, thanks anyway for what you released so far!

You mean SimpleGrassWind or Panner node? Could you take a simple screenshot?

Thanks!
By the way this is not a game. It is only a prototype but maybe it should turn into the game? I am thinking about something like Harvest Moon with challanges of finding resources like water etc. I have also an idea how to change basic shape square to be something more unusual and not being Minecraft clone.

turn it into a game yes

if i had a good pc… i would already have made a letsplay out of it XD
I sooo much love voxel games like this.

But its lagging extremly even on lower settings… Its horrible :c my blueprint clone is even faster.
Any ideas?

Hmm I can make the render settings starts from 1…

Is Your CPU the bottleneck or GPU?
This is developement version because I wanted to keep Savegame folder inside the game folder. You have all commands available so You can set even more settings if You want.

yee that sounds cool :3
Just go ahead on this im eager to see where this can go.

OK, You can check it right now. I’ve changed configuration to start from render range 1. Enjoy

I changed it once again because it wasn’t applying range1. Right now should be really low range.

it did changed a few things. But theres still much work to be done. Thx tho

Filly_The_Owl check this once again pls.