Updated. I’ve solved minor issues with tables, replaced RSS icons. Tweaks mostly.
I like this theme so much now, don’t even want Epic to fix it. ;_;

I can’t live without this dark theme anymore. I actually avoided the forums the whole time since the update. They are unusable in this state…
Thank you very much! 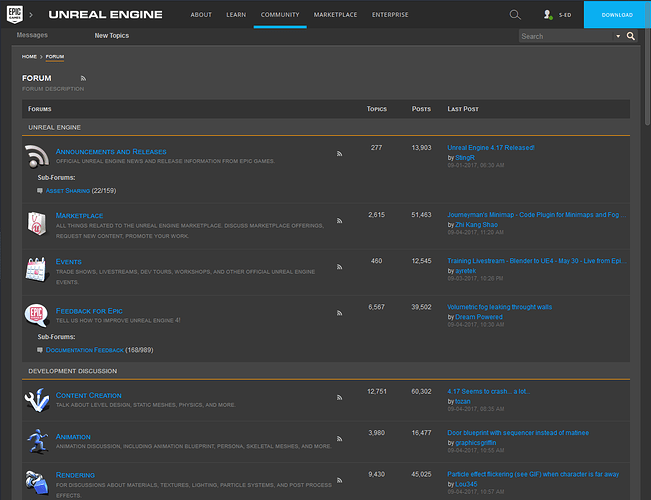 Was going well until that point… stop that full caps nonsense before it’s too late!

Also, the “mozilla import” button no longer works with your new code.

All caps is Experimental feature and it’s disabled by default.
Have no clue why mozilla import doesn’t work anymore. Probably line # limit. (with userstyles.com not required anymore)
[SPOILER]

Later I probably will switch to JS injection CSS, or to userstyles.org editor.

Found one more issue, if you edit a post the text is grey on grey

And whatever this is that just appeared above my post:

@Zeblote you can select the text with mouse to see what it tells, but you can also right click on it and open inspection to see it’s wrapped html and class/id keys. That would help to figure out the missing css alterations

@S-ed just found that if you subscribe to a user’s stream (profile page) the button next to the Private Message “Subscribed/Unsubscribe” is drop down, and it appears to be an issue of the default (epic white) template as well.

This selector should fix this button for the dark template, and aligns well. How about the other changes i submited in my previos post? Found something useful in there? I have tracked down many white places and issues for you and fixed them along with the dropdown forms

**Zeblote **Yeah. Probably those issues are on Chrome due to my “fancy coding”.
Seems bugs in the style somehow affecting other styles.
You should just delete rows that Stylish mark with !]. (i.e. mask-image, background-blend-mode)
There’re -webkit specifically for Chrome are written.

Will it be issue for anyone if I port theme to JS userscript? (it will require Greasemonkey for Firefox and Tampermonkey for Chrome instead of Stylish)

p.s.: You could get in touch with me on UnrealSlackers Discord: Unreal Slackers

I’ve tried to put it on userstyles.com, not tested.
https://userstyles.org/styles/147773…ums-dark-theme

I’ve tried to put it on userstyles.com, not tested.
https://userstyles.org/styles/147773/unrealengine-forums-dark-theme

It just works! Thanks a ton!

Thanks S-ed! Looks way better than the default.

@S-ed - You’re my hero man, this has finally restored the forums to the perfect state of usability for me. Dark + full width is exactly how I used them before.

**@Konflict](https://forums.unrealengine.com/member/236686-konflict) **I’ve tried to figure what for your patch for, sorry, could not find (the “subscription” thingy).
Also, I’ve made the menus dark my way, cause they are interwoven from different parts of the forum and I had to tweak the colors.
Tell me if I miss something.

@S-ed - Got a couple updates to the style for ya:

First is the edit box text color, which by default is too dark against the background:

Though the above only works on quick replies for some reason, not editing existing posts.

Second is for moderators and doesn’t matter for normal users, which is the coloration of the background area of unapproved and deleted posts (by default they are too bright against the text):

Some WIP for Answer Hub: [SPOILER] 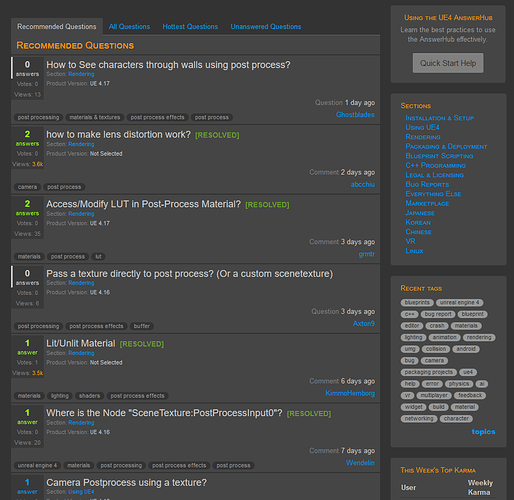 As for moderation, i’ve made it look like this: [SPOILER] 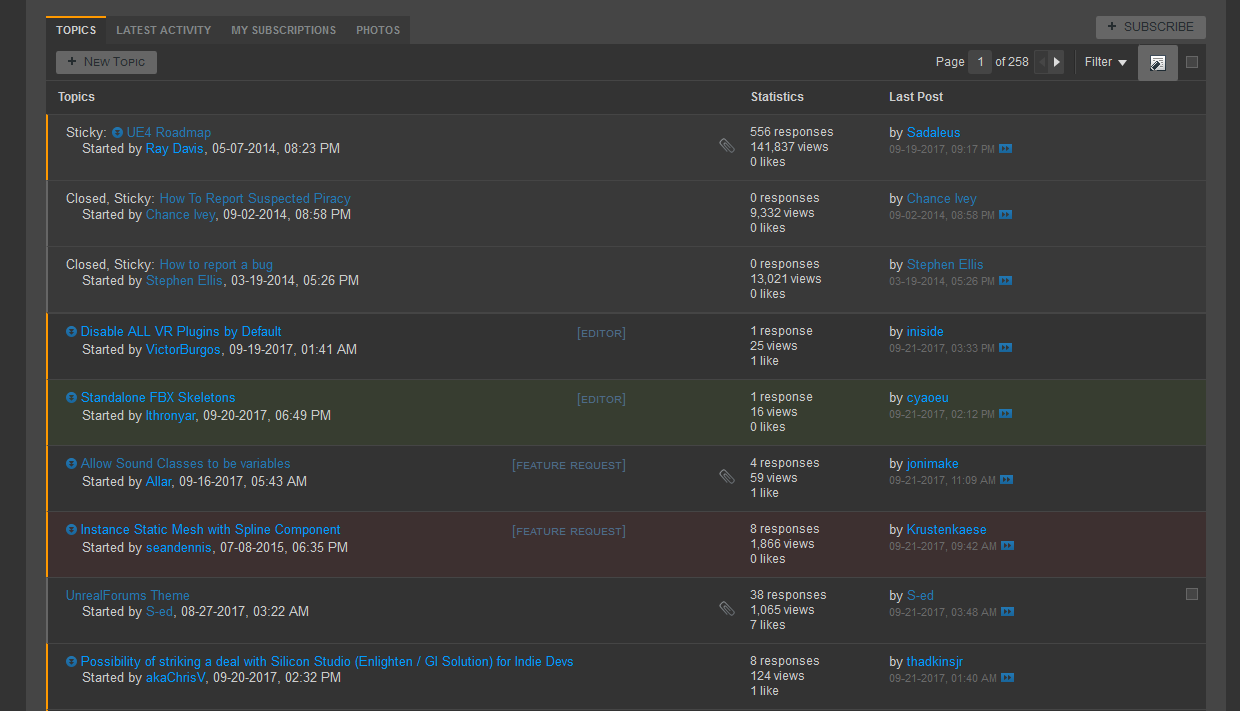