UnrealEngine5 | Will SSD and PICe4 be a requirement for Nanite to function?

I have been thinking about Nanite ever since I saw the UE5 demo. I have discussed it with several developers and did some research on loading and rendering high-poly models. Some of the people still think that Nanite will work by generating LODs during asset import, which I don’t think is the case. What I think will happen is that the engine might find a way to only partially load a high-poly model into the VRAM based on viewing angle, distance etc… and stream-in and stream-out part of the geometry as they are needed.

I could think of two possible alternatives:
a) Load the high-poly model in it’s entirety into the system’s RAM and stream to the VRAM. This will require high capacity RAM.
b) Do not load the model into the RAM entirely and instead stream it directly from the harddisk. This requires a very fast SSD.

If they go wtih (b) wouldn’t that mean the device must have a very fast SSD and PCIe speed?

PS: A lot of people are wondering if Nanite is restricted to static opaque models and for translucent and skeletal meshes we might have to resort to the existing pipeline. Any idea?

Remember that UE5 is designed to run on a console

Remember that UE5 is designed to run on a console

If I remember correctly they ran the demo on a PS5, and it has an SSD, right?

BTW, have you any insights into the tech behind nanite?

b) Do not load the model into the RAM entirely and instead stream it directly from the harddisk. This requires a very fast SSD. 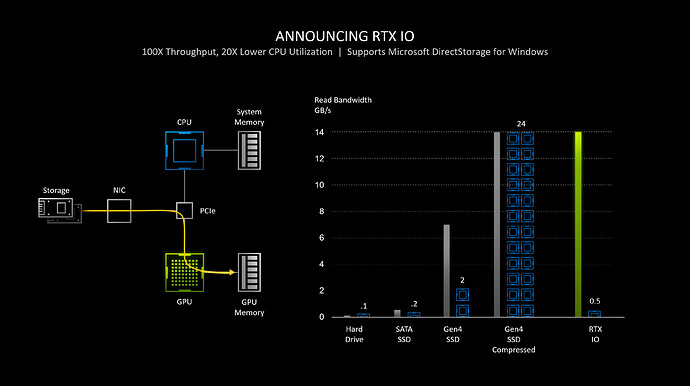 Not sure how you’d achieve what we saw without this.

I’d don’t think that PCI express will be the bottleneck here. Perhaps the compression can be more aggressive since it’s the GPU that does the heavy lifting now. My bet here is that even if you can have a sustained read of 500MB/s per second, it may just not be enough. I really want to believe that the 3GB/s of the current NVMes is enough for the higher-end stuff, though.

@Everynone
Thank you for the info, this is just what I was looking for.

So it looks like system RAM and CPU are completely bypassed. In essence the SSD is being used as a substitute for RAM. This is quite interesting.

From what I have seen in recent years, the trend seems to be to focus more on GPU and VRAM rather than the CPU. As more and more stuff are being taken care of by the GPU, such as IO/Decompression/Decoding/AI/Physics/, the CPU could become pretty much like a support chip, as GPU was once. Interesting times.

This is hardware accelerated for Turing and Ampere. This was also discussed in depth more than a year ago already.

Here’s more about the Direct Storage:

From what I gather, this is only available for the NVMe drives. I’m still not sure how much a system with an NVMe drive and, lets say, an old GeForce 970 can benefit from this? Not at all? 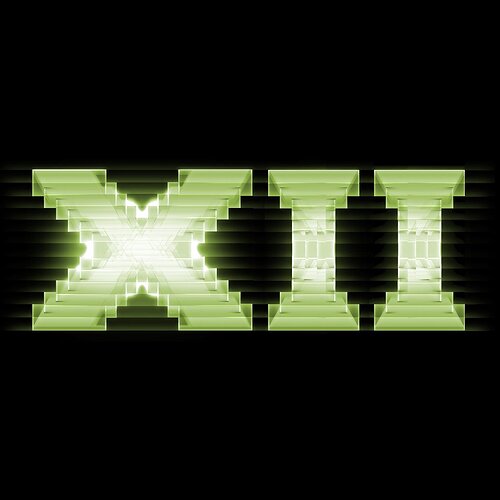 Starting today, Windows games can ship with DirectStorage. This public SDK release begins a new era of fast load times and detailed worlds in PC games by allowing developers to more fully utilize the speed of the latest storage devices. In September...