Preview 1 of the upcoming 4.19 release is available now on the Launcher and GitHub. We are making this Preview available so that our developer community can try our new features and help us catch issues before the final release. As fixes are implemented, we will release updated previews throughout the development cycle.

Links to known and fixed issues for this release are provided below. If you discover any additional issues with this preview release, please report them using the guidelines in the link: How to Report a Bug.

This list provides a brief summary of updates in this Preview which may benefit from additional testing. Not all updates may be listed. Full release notes will be made available with the final 4.19 release.

[/LIST]REMEMBER: Please report any new bugs you find by following the How To Report a Bug Guide.
If you experience a crash, please make sure to always submit the crash report along with a description of your actions at the time.

Blueprint Debugging: Single stepping improvements. You can now ‘step into’ (F11), ‘step over’ (F10), or ‘step out’ (Alt+Shift+F11) when stopped at a Blueprint breakpoint, making debugging sessions quicker and easier.

It looks like it is release with improvements, bugfixes, and optimizations. I like these kind of releases because they are making engine more stable with better performance. Thank you Epic!

Enabling Pre-Exposure crashes the editor. Is there anything else that needs to be enabled with it? Tested in a clean project with the third-person template and starter content.

Is there new Arcore Preview 2 update?

while in previous versions:

thats it as far as I can tell when going trough 40 materials and 30 different emitters.

some amazing things:
4.19 UI is soooo much more crisp on 4k monitors, in fact, everything does, even particles. can someone confirm? (though, barely touched 4.18)
4.16 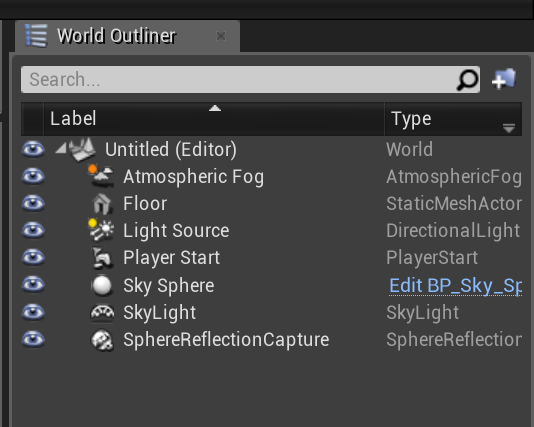 The blueprint view source visual studio bug fix (#4237) was undone in the same commit that merged the pull request. There is another pull request to fix it again here: https://github.com/EpicGames/UnrealEngine/pull/4340

Those VOIP changes are fantastic…

The component also even has an effects chain for it too!

Cool. Wasn’t there supposed to be some sort of Python implementation in this release?

Really interested to look at the new TAA sampling features

I’ve also noticed this on several mats. Did not check if the reporting number was wrong or the actual instruction count changed.

Where can I find the live link plugin files for Maya?

OMG, blueprint debugging improvements and a callstack!! What! That is awesome. Thanks Epic!

Hello
Thank you all for Unreal!
Please, take a look on my issue on linux
https://answers.unrealengine.com/questions/745775/disable-display-scaling-on-high-dpi-settings-on-li.html

Somehow all numeric input nodes in the material editor (multiply, etc) expect a comma as decimal delimiter. A point is not accepted.
Was this changed intentionally?

Also the temp content folder is showing up again…

Yay a bug I was having with HISMs was fixed. Gotta test it right away. All the other improvements look really good, too. Thanks Epic!