My widget (placed in a Actor) has a Combobox. The problem is, inside the Actor, the dropdown won’t work. It’s not dropping. When I add the Widget with “create widget” and “add to viewport” it works!

Clickable it is, but there’s no dropdown.

I have a widget setup to display when you overlap a trigger on an actor BP. The widget has a button that should be clickable. I made sure I have an event binded to the button on click. I have tried in the actor bp all of the bools that enable any...

Yeah, seen it alredy. But i added my whole widget to an actor, then to the map. Then it’s not working. When I put it directly, its working

send me a photo

I seen, that I put this on the other method to the level. But when i add this via create widget like you, I cant set the apect ratio. 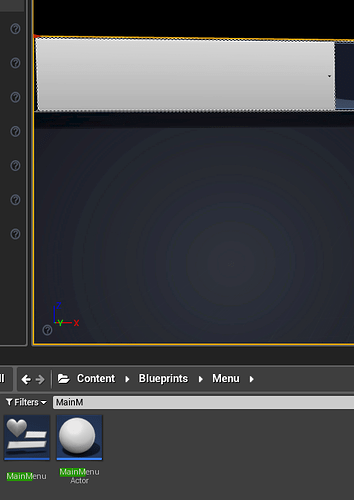 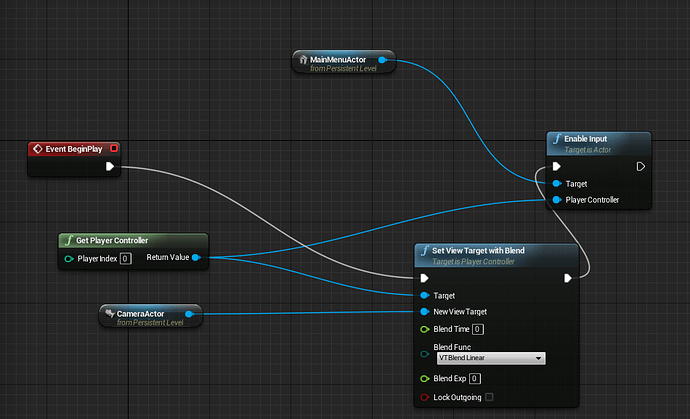 you want to resize?

just to fit the screen on every phone. but the menu is portrait and the game landscpe. no resize

I dont have this settings on my buttons. Only on first element after root. Can you show me a image on an complex menu tree? Maybe I’ve builded it wrong

I create a simple video wait.

thank you. but what is, when you have a lot of elements? I dont have an anchor for all, just for the first element after root.

But this is not the point of my main question. My problem ist, the combobox doesnt work, with actor. But i need actor to rotate the camera. Then my mainmenu is portrait and the game is landscape. I cant design the orientation per Map/Level/View. Only one in the project settings.

Maybe you now another way to handle the orientation, then i dont have to made it with an actor and camera.

what is your unreal version ?
if you dont have anchor i think is a bug

I’ve got one on the first element after root. Version is 4.8.1

But like i said, its not the main problem and I dont think the anchor is the problem