Here is an example of the problem with text that normally renders on properties marked for MakeEditWidget. The video shows the difference in behavior based on this setting. For many people running on a high res monitor, utilizing the text scaling is the difference between being able to read stuff and not, so it would be great if the editor consistently accounted for this. 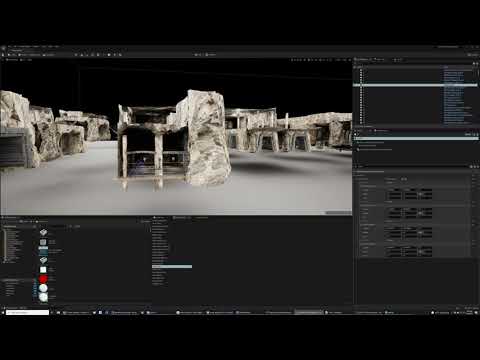 This setting is accounted for in some but not all code in the editor, by some coordinate fixups related to GetDPIScale() in the editor code. Changing this desktop setting results in changes to the value returned by GetDPIScale(), and if the code doesn’t account for that, the world positions will not be correct at different scales.

I first debugged this exact issue in a 3rd party plugin some time ago, and recently I noticed there are bugs like this in the default engine itself.

Is there any reason why the socket names would render in the wrong location? The sockets locations are correct with the DrawCoordinateSystem indicators. [connection_names.jpg]

This thread also has some example code of how the DPI scale needs to be accounted for.

Hopefully this can be fixed soon.

You can avoid this issue by disabling high DPI support altogether, but it still seems like it should be fixed nonetheless.