When attempting to retarget basic UE4 Mannequin animations to MetaHumans, position of arms, hands and fingers is always wrong/deformed.

Sample project reproducing the problem described below can be downloaded from:

MetaHuman skeleton is using f_med_nrw_retarget_pose as Retarget Base Pose:

Translation Retargeting options are set as “Animation” for Root, “Animation Scaled” for Pelvis, “Skeleton” for all other bones. 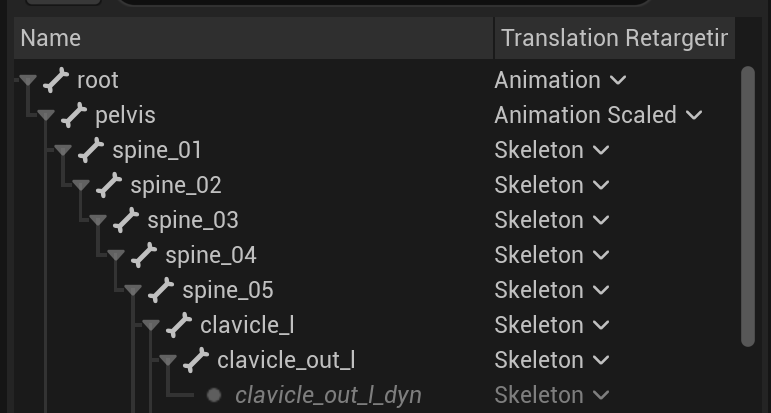 Here are the IK Retargeting chains for the MetaHuman: 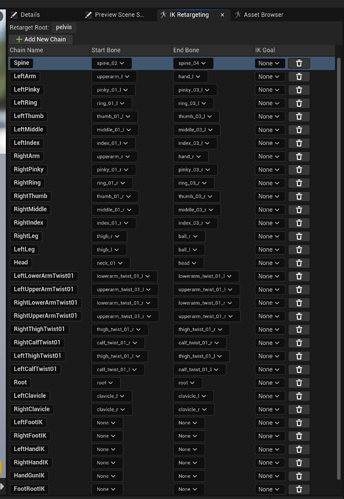 Despite all that, most UE4 Mannequin animations still have the arms/hands/fingers positioned incorrectly, e.g. “Idle_Pistol” from the Animation Starter Pack:

A generic “Idle” pose (arms too close and forward): 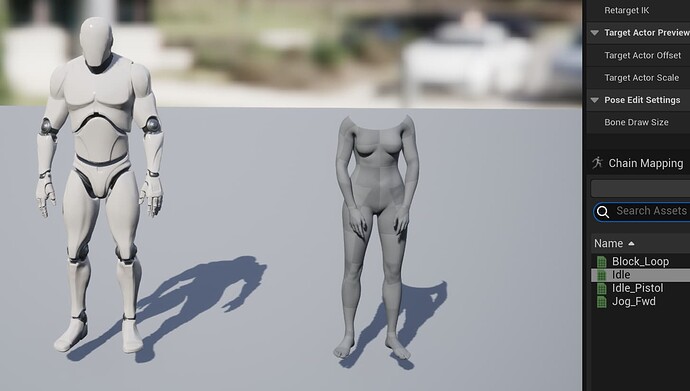 And a MoCap block animation (arms at a wrong angle, fingers twisted/skewed sideways): 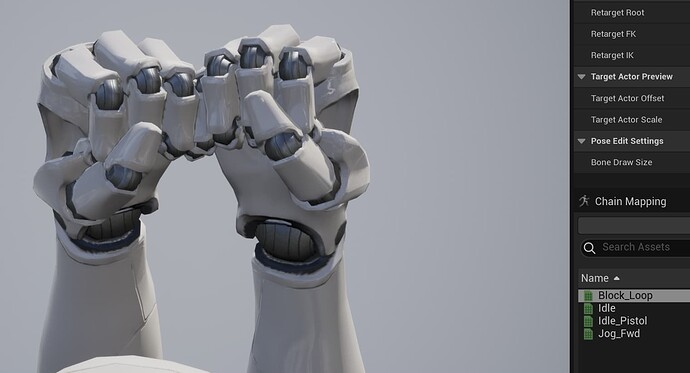 All of the illustrated assets are provided in the sample project “MHRetarget” (see link above).

The bent elbows / “arms too close” issue affects pretty much all animations, but is especially visible during walking (where hands go through thighs while swinging) and weapon holding.

I understand that I could edit the pose within the “IK Retargeter” manually and move the arms further apart, but that would mean adjusting every MoCap animation individually as every animation looks slightly different after retargeting. I also have quite a large collection of these animations (that work correctly with a UE4 Mannequin), so it would be great to avoid going through it all to apply these manual fixes.

Is there something I am missing?
Is there a way to correct the arm/finger position globally for all attached animations?

I hope it’s the former, because the alternative implies that MetaHumans are completely unusable in combination with all marketplace animation assets as well as the motion capture suits, which makes them fairly useless in a large number of scenarios that would in fact greatly benefit from MetaHuman integration otherwise.

However, I would really appreciate any acknowledgment/confirmation of this issue from Epic staff or someone who has come across this problem before (and has or has not resolved it).

But the pose is already retargeted… or did I miss a step?

Do you think you could fix this in the attached sample project and upload the modified file?
That would be greatly appreciated!