UE5 final version will be released until 2022? What’s on your wishlist?

Re: script equivalent for BP, wouldn’t that be Verse? Or at least, I hope it is!

more about the current message signature

I feel like the action cinematics in Matrix Awakens demo, they were actually much better than the vehicle cinematics … not sure if 2 different people were directing them, but the in-vehicle cinematics, I found them very amateur, basic camera rules not applied, acting felt either rigid or too intense, not natural at all, BUT… on the other side, the vehicle action cinematics felt well done and I professional, and maybe this caused the metahumans to look worst, because sometimes I felt like this was directed by a photographer rather than a director.

I still fell that reviewing this demo is relevant here, because we all are trying to figure out how UE5 is going to be… and that’s like a good example of the pros and cons, still under development of course.

Right now, my biggest Wishlist topics are lights and FPS… even the demo scene with a few meshes loads with a really low framerate… really bad, at first I though it was an alienated thing, then I found lots of comments and even youtube videos saying that UE5 preview had bad performance, some videos have engine comparisons: 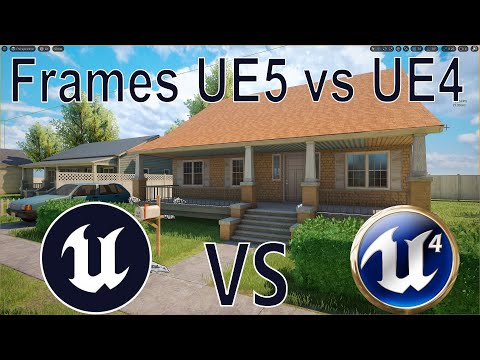 and then, my second one are lights… I have found soo many issues with shadows, lots of artifacts and problems; and people usually respond to this by saying: just disable all the new features like lumen and nanite, but I don’t believe that’s an answer because if so, what’s the point of using UE5 then… nice retractile panels? after those two, I would have all my original topics and wishes.

Right now, my biggest Wishlist topics are lights and FPS

Yes in deed, this forum has also some various thread about both of this topics.
For me i think the lumen and nanite demos on console completely blur this topic about pc.
Because they are specifically optimized for console and their specific shaders, rtx or equivalent, and dedicate hardware, amd gpu and super fast custom drives etc.
I guess the pc are not sharing this luxury due to the variety of hardware and concurrent tech… that why this demos are not available on pc.

On pc, the awesome sample project “The Valley Of The Ancient” require high end pc to at least run smoothly and benefit of the best visual.

But, all this evolve slowly or fastly and until they release an official UE5 beta cycle on the Epic Launcher, we can only get any progress they made by building and testing the current dev branchs on github, which is an other topic on his own.

I have a high end gaming PC, AMD… and UE5 runs terrible bad, not even talking about “The Valley Of The Ancient”… worst than unplayable, so for now, I´m going to stick to UE4, and IF UE5 is released as bad, I will have to wait until the end of 2022 so they are able to fix it, but I hope it will be released without such a bad performance, because I do want to use the new features.

I have a simple request. In the Niagara effect node, it would be great to have the subsections indented to the right, like so:

It would make it a lot simple to read.

Unlink Alt+click navigation from the “camera speed” setting. Like all other 3d apps

A steering assist feature for Chaos Vehicles similar to games like CarX drift racing, Assetto Corsa Competizione and Assoluto Racing would be fantastic

I agree, it becomes a bit confusing

Having tested out the most recent (stable) UE5_main build, I know many of the performance bugs are solved, especially around HW Lumen and emissive lighting stability. With Nanite, the new Strata materials system (found plugins and docs, could be wrong about what it is), single-pass VSMs, and some experimental lumen tech, It looks like new scenes could be rasterized, texured, shadowed and receive GI in about four (cheap) passes.

Feeling that a few of these will be largely solved problems after optimizations and bug-fixing, what I would really love is Lumen to have some (even hack-y) way to pick up SingleLayerWater. The scene’s GI acting like a massive body of water just isn’t there stands out rather aggressively in my tests. Also, and I know this is a lot to ask, but some improved solution for translucency. Lumen’s radiance cache can fix light leaking on translucent objects, but it still stands out a lot when an opaque surface receiving HW lumen reflections is next to a glass window.

And just for kicks, I’d love it if you would add in the SPH solver Asher Zhu demonstrated in his fluid sim video. It’s an amazing effect and I see some very practical uses for it in a few different effects.

Is this thread like a wishlist for Santa? :'D lol. These things are on mine as items that would make a huge difference

Nanite functional for foliage. Yeah desert rocks are cool, but how many games want to exclusively feature a barren field of rocks?

Exactly… Foliage instances and Foliage actors (placed with the instancer) are much more important than rocks, and sometimes the main reason why AAA games have low FPS, people care less about some ultra-detailed not moving dragon statues while playing, but foliage is an essential part of any game.

Better and deeper documentation of templates shipping with the editor.
They are very usefulll, but lack of full documentation made them harder to change and adapt over specific projects.
Also support for better editor widget and more acces to editor functions to build custom interface. Many editor task like fast selection and change multiple options are a real pain in the world outliner…

hat’s exactly why I though a better solution is to have brief info in every node or parameter in Unreal as soon as you hover and a link to the right documentation (this is not even new, lots of software use it)

What would be of much value is example code, much like Microsoft documentation, almost every class has a small code example on how to use it, and almost all properties/methods have a code example.

I gonna ask directly for the impossible but here it is: lumen for VR

Bring back the support for displacement. It is so basic, that at least 50% the 3D world can not live without it.

Let us not forget a DAZ Studio like platform for the Metahumans, where creators can sell clothes and things on the Marketplace and it fits automatically, regardless of your Metahuman. → Adjust individual body parts like they have in Makehuman, and still, somehow it will just fit automatically.