There is already a DazToUnreal plugin that is actively developed and works quite well.
Having said this, I woudn’t like to see Epic Games pouring resources into a “native” solution for something like Daz when they are actively working on MetaHumans, and honestly, although I like Daz and have used those characters in a couple of projects with the aforementioned plugin, MetaHumans is my only go-to now, they just look soooo much better.

The MetaHumans tech will only improve and the time Epic spends trying to develop DQS for Daz would take resources away from MetaHumans.

I would not write off DAZ yet as it generates the widest range of characters possible, which deform better than MetaHumans from what I’ve seen in some MetaHuman examples. The daz skin and eye materials need just some tweaking to look good and hair (shaders) can be taken from anywhere and applied to daz chars.
Do you have some example images which show how metahumans look in more extreme poses like yoga, gym, etc. (bent joints, stretched limbs, but not just with some trousers or shirts on which hide the distortions)?

Our team has been using Genesis 3 since about 4.5 or so as that is about the time G3 was made available. First iterations via the FBX exporter was bad as to requiring work arounds but has continued to be improved over time both on Epics side of the fence as well as Daz3D so as a usable tool it’s not going away any time soon but can be assumed will continue to improve.

Since 4.25 the first iteration of the Daz > Ue4 bridge was introduced as well as Daz3D making a bridge version available for most popular 3d application.

In 4.26 there is a marked noticeable improvement based on feature improvements directed towards that application version.

Daz3D has released the base plugin code to open sourced so is open to anyone wishing to make improvements in a similar manner as the Unreal 4 engine source being made available via git.

Daz3D was presented with an Epic Grant to continue improvement of the UE4>UE5 bridge as an on going effort.

Genesis 3 and 8 are officially supported in the Unreal 4 engine via the Daz to UE4 bridge and plugin that includes the necessary tools as well as project settings as to custom project requirements like materials.

Here is a current example of quality of asset. 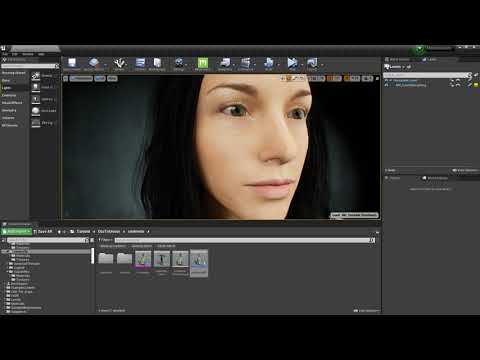 @Bronislaw666 the ability to compile UE with Dual Quaternion Skinning has been around since 4.1x. I have a custom build on my Git for 4.21 with Dual Q. You have to do a little digging, and understand how to compile from source, but this question has been answered for years.

It’s likely fairly painless to build a UE5 EA version with DQS with some time looking at merging the branches.

As @JW3153 said, Metahumans is the future. They’re well optimized and look much better than anything you can get going Daz to UE. Believe me, I’ve tried (see below).

@FrankieV seems to have a good workflow between UE & Daz. He can probably assist you if you have real questions around it. 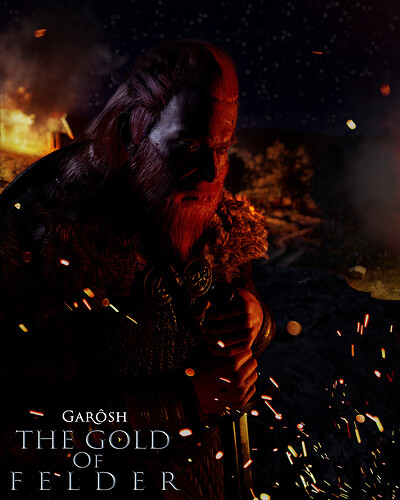 If your interested in continuing the “Dual Quaternion Skinning” question here is an ongoing conversation. It should be said though there is not the perfect solution based on skin weighting alone if one is after perfect joint deformation that is achievable in high end 3D apps like 3Ds Max which has tool sets designed to achieve perfect joints.

DQS would be nice but my vote would be for better joint deformation tools. 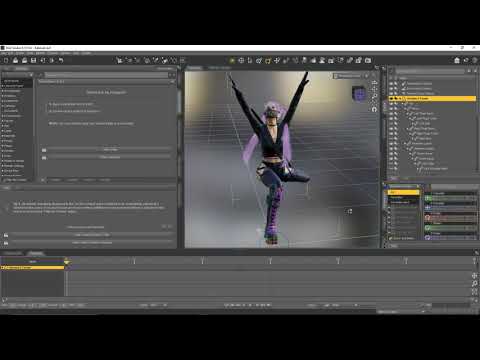 I wanted to add that Daz is not only some “raw framework” but more like a very advanced character creator for gamedev, where the characters need just some small corrections during the export process (through blender).

As for the joint corrective morphs / muscle flexions: There are around 80 of them and the remaining ones have more to do with face expressions.
Everything works fine and you can even paste your old project files into UE5 and it seems to work flawlessly most of the time, but the biggest problem is the lack of a Dual Quaternion version for UE5 and the discussion in the corresponding thread seems to be dead.
Automatic merging of source code is not possible, because there have been too many changes in it…

Right, you can’t automatically merge a UE4 + DQS branch into UE5, you have to get coding.

None of this is dead. Literally working in UE5 with a skinned Daz character RIGHT NOW. 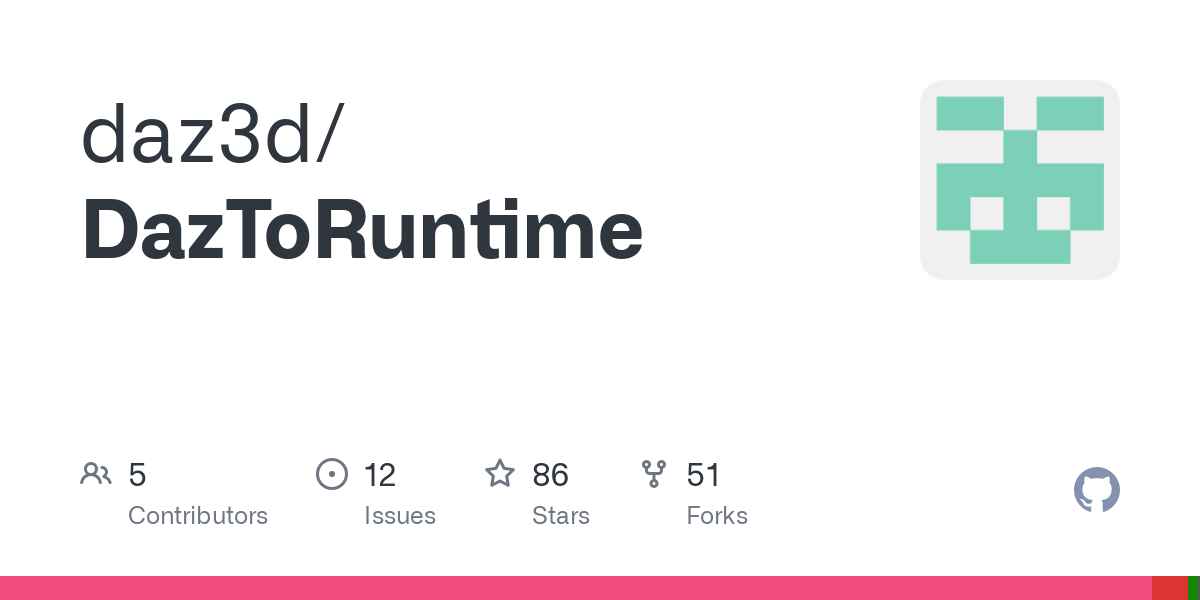 Daz To Unreal has been successfully built for Unreal Engine 5. This version is still in the experimental stage. Please share any issues you find in the Issues Track https://github.com/daz3d/DazToRu...

Last version in that github is 4.26. Do you have a link to the corresponding UE5 DQ github? Generally coding is no problem (if it’s your own program), but if someone has made obscure changes in several hundred different files while the engine has been updated too (several thousand code changes) it’s very difficult to retrace what has been changed…

I use AlienRenders’ code (https://github.com/AlienRenders/UnrealEngine). And yes, their latest is 4.26. If you can’t help yourself with the merge, you’ll have to wait until I’m done with this project.

Would it be possible to somehow highlight what lines of code have been changed/added…by AlienRenders.

Another possibility we should think of is if we could “translate” all those bone driven shape keys and the whole DQ skinning of daz3d into linear skinning, so it wouldn’t be necessary to use DQ mods anymore and it would be compatible with MetaHuman.

not sure if this will be of any help but I merged Alien’s changes along with pull request from ChrisMonta: https://github.com/AlienRenders/UnrealEngine/pull/2
And DQ works fine. I like Chris’s solution more, because you can choose between Linear and DQ skinning, just check his pull request.

Anyway here is repo with both Alien’s and Chris’s changes and support for DQ skinning:

I’ve compiled it but now the heads look like from some horror movie. Enabling skincache doesn’t help.

I wonder what you are doing wrong because I just tried import G8 and it looks like it works fine, I also tried import morphs (blend shapes) and it works with them fine as well…

I implemented the dual quaternion skinning in UE4 and tried it but it has a number of other problems (doesn’t support scaling, for one). Bulging knees aren’t that much better than collapsed legs in my eyes.

What would be ideal is implementing “Optimized Centers of Rotation Skinning” because it fixes both problems, and is fairly easy to implement, but it’s patented by Disney so without movement by Epic getting a license, it’s not something we can do for commercial purposes, and thus not really worth working on even as a proof of concept.

@n00854180t : Dual Quaternion skinning is meant to work just with DAZ characters together with morph targets. 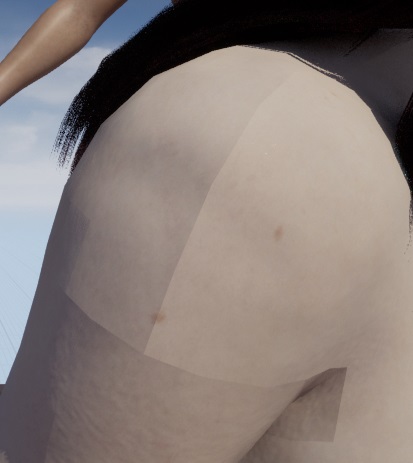 When I used it it was a patch that just replaced LBS with DQS entirely. That said I feel like the bulging knees and elbows looks just as bad as LBS skinning errors anyway, so either way it’s not really worth bothering with to me.

There are some methods of doing DQS without bulging while retaining the benefits of DQS in preventing the skinning errors present in LBS, but they involved more in depth patches than DQS itself or even OCoRs would.