As a workaround, why not create a Blueprint to hold the lens flare particle system?

It’s sort of a hacky workaround but it should be effective… And once you have the logic built you can expand it by calculating the angle difference between the surface and the camera to parametrize the size and intensity of the lens flare.

Hi! I’m a new user of the UE4, and unfortunately a little bit obsessed with the anamorphic lens flare. I didn’t understood the tutorial posted by Tim Hobson. There is a more detailed tutorial, or something else, that can allow me to achive the same result?

Hi, I’ve made a shader to simulate Lens Flare effect. It can correctly detect if effect is blocking by some object in front and keeps constant screen scale. Check it here 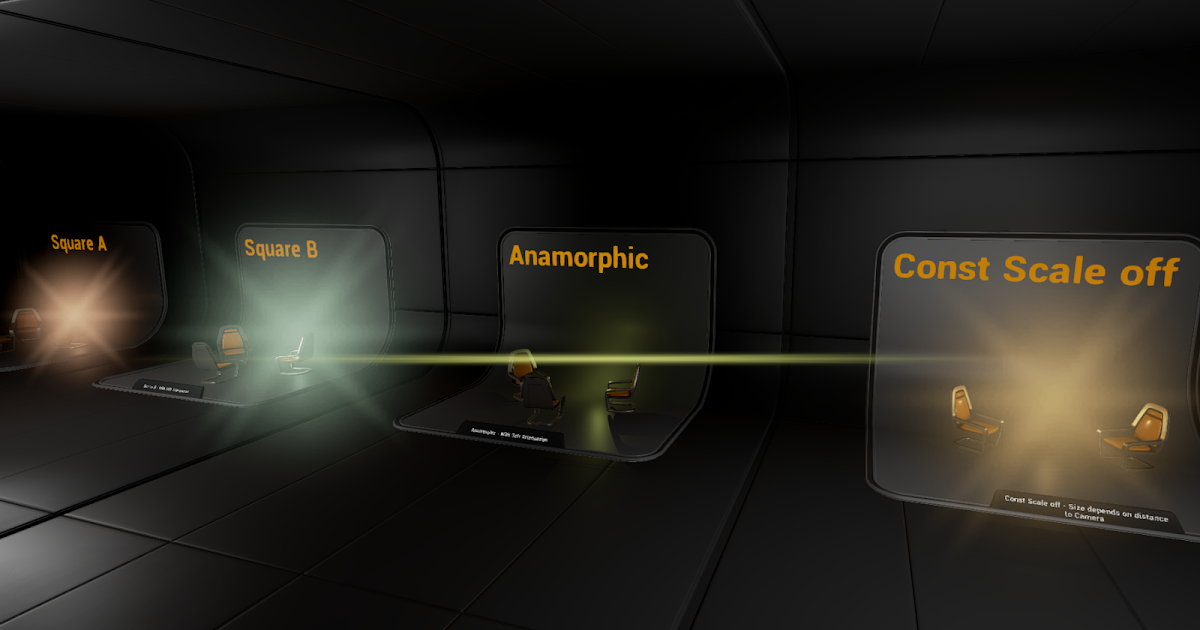 Unreal Engine doesn't have any built-in features for create highly-customized lens flares. By default, lens flares are implemented as a...