Tyre Change in VR with the HTC Vive -ASSEMBLY TRAINING-

I’m a beginner in UE4 and having some issues doing a VR project in university. The task is to do a tyre change in VR with the HTC Vive. I really hope someone of you can help me to get the right direction how to do it. I have built an environment and imported all the necessary models.

This should be the steps:

Pick up the impact wrench and attach it to the hand in the right position (trigger should still be used for ‘picking up’ the screws):

Release the screws of the wheel with the impact wrench attached to the hand mesh:

Lay down the impact wrench and ‘pick up’ the wheel using only the hands:

Take a new wheel and let it snap on the right position on the wheel hub and the same thing with the screws to reassemble the whole structure.

Does anyone of you have an idea how to solve my problems? I would be very very thankful because I could finally start my Bachelor thesis when this project is done.

Thanks in advance and greetings from Germany.

I had to write my last two exams, so it lasts a little longer than I thought. But here is the current state of my project:

I’ve merged the different parts of the wrench to one, so I could use the logic of the PickUp Cube and did the same for the rim and the tire. For each bolt I used the PickUp logic too. For the wheel and the bolts I deactivated the ‘Simulate Physics’ checkbox because the parts felt down by starting the preview. Is that all right or do I have to use ‘normal’ BP’s for the bolts?

I also watched some tutorials for using sockets and tried to apply it to my project but I’m not sure if it’s right and working because my university is closed for the days of Cologne carnival and I have no HMD at home to try. Here’s what I did:

Am I on the right way doing it like this?

The next steps will be to build the BP’s for picking up the bolts with the wrench, laying down the wrench, picking up the wheel etc.
But I’m not really sure how to do that all (for example the counter of the 5 bolts to set the wheel ‘pickupable’).
I will try some things and let you know if I did that with some new screenshots.

I can not thank you enough but I’m still struggling with some issues I don’t really understand or don’t know the name of the most BP’s. I made a short list with my questions and I hope you can help me again

I know these are many questions but I’m really trying to make as good as I can to have the chance to write my Bachelor Thesis at the institute where I’m doing this project.

Thanks a lot in advance.

that’s a good idea. Yesterday I could try what I’ve built. I was in university and tried with the HMD but unfortunately nothing reallly worked

I had two variants to try.

First was the selfmade BP for the wrench which includes the socket etc. I could see in the BP Simulation that the Overlap Event worked but there was no attachment to the hand.

The second one was the PickUp_Cube logic. This one worked but the wrench always snaps to the tip where the pivot of the wrench is.
I also found a thread in the forum ( https://answers.unrealengine.com/que…ml?sort=oldest ) on which you answered but it didn’t work too because of getting an error while compiling. 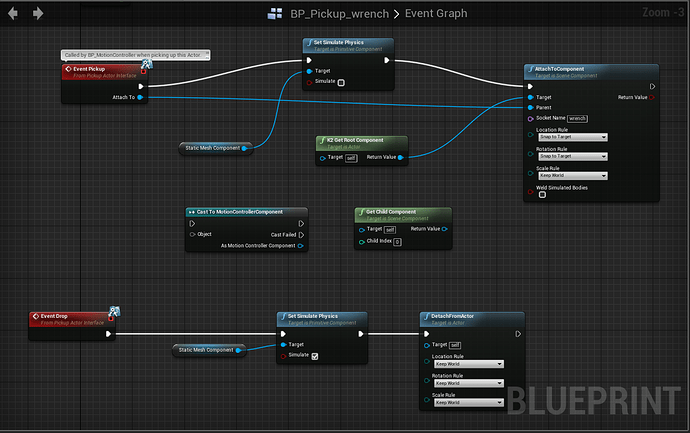 Here’s where the error appeared: 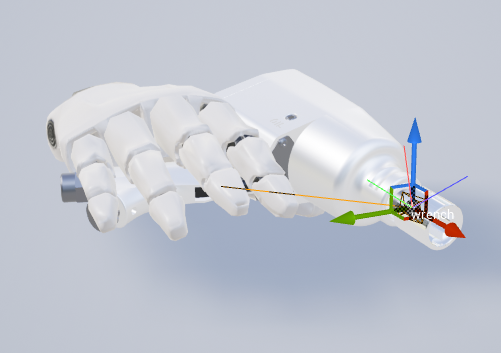 Hand always grabs the wrench at this pivot point. 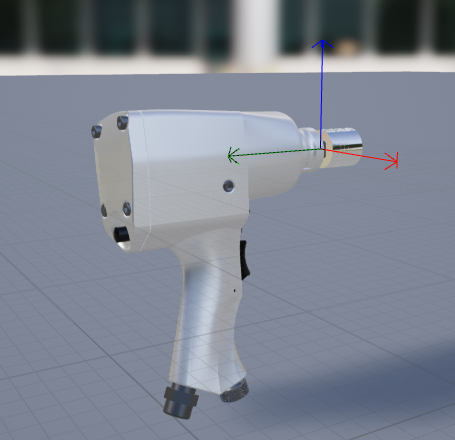 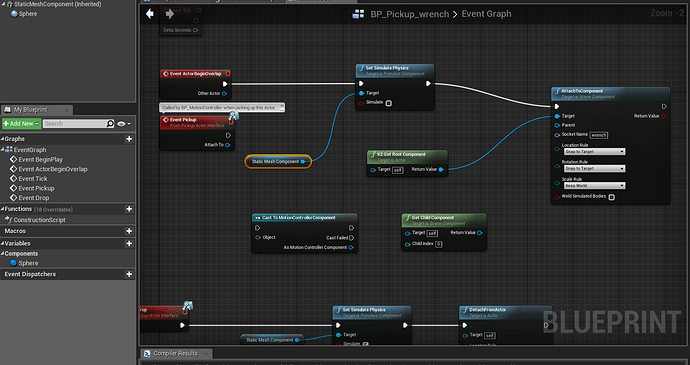 Do you have an idea what I’m doing wrong? And why does the wrench snap to the hand at it’s own pivot point? I thought it would snap like I said to it in the Mannequin Hand Mesh building the socket. I also tried changing the BP_MotionController like in the thread of Dec '17. 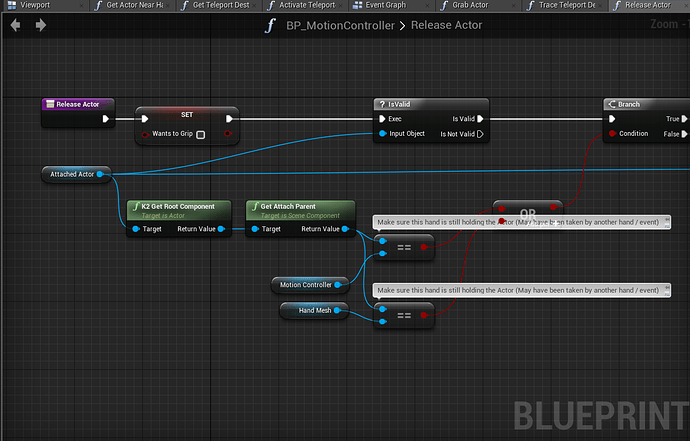 Another issue was that the VR Hands were very small. Do you know why? Is it because of the World To Meter value?

I’m despairing a little. Can you please help me?

Again thank you very much. Without you I would be stranded