Yesterday I updated from 4.12 on my MacBook Air to the current version, UE4.14.1. Similar problems has happened on 4.10 apparently, and it doesn’t seem like other people has reported it for UE4.14. I have never experienced these problems in previous versions on Mac.

The following problems has been experienced creating a basic C++ project:

1. I cannot rename folders in the vertical menu in the content browser

Similar to another problem in 4.10 according to the answer hub. The same workaround worked for me.

Probably not the most suitable system for anything else than minesweeper, but it works for simple things, and I have never had issues with previous versions of UE.
The excluded options during the UE 4.14 installation were "Editor Symbols … ", “Art tools”, and “TVOS” - Starter Content has been installed.

Since I cannot replicate the error today, I can only tell you what I remember doing twice before reporting the problem:

It opened without errors, but as mentioned Starter Content was not included (There was no map for it in the content menu either) until I manually included it. A completely empty map was opened prior to adding the Starter Content to the project, but even before, when I asked to create a new map, it prompted me to select between the three choices you also posted a picture of. When I asked for a default map (The first choice) it gave me a map without anything, no platform, no lights or anything.

Renaming folders wasn’t possible in the “vertical menu”, and f2 didn’t work either, I tested that. Renaming in the horizontal menu did work, however.

Please list your Apple System specs in order for us to test on a similar machine. Testing on a MacBook Pro, Late 2013 model produced the following results: 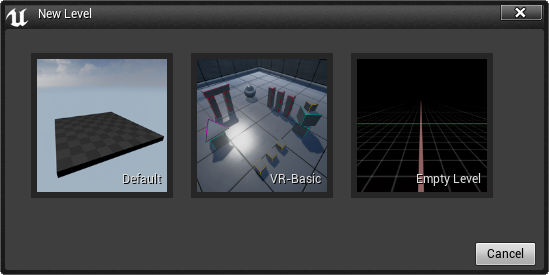 Be advised that the Starter Content would need to have been included in the Engine version Dowload as shown here: 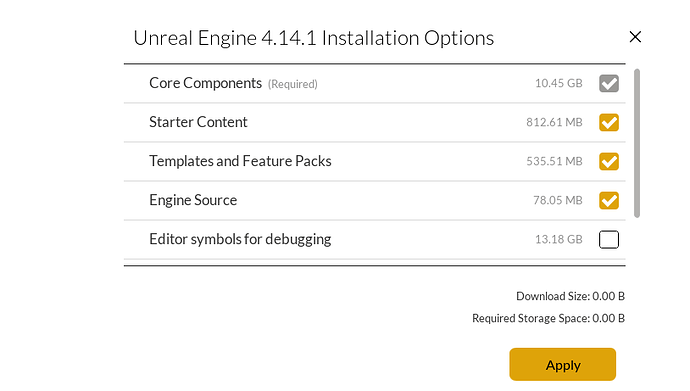 If these repro steps do not apply to the bug(s) you are reporting, please provide step by step instructions for how to reproduce the bug on our end.

I updated the original question due to the character limit. I don’t know anymore, something tells me it is my computer acting strange since I could not replicate the problem today, but another problem occurred with new projects; Selecting a Basic C++ project with Starter content seemed to work fine until it was done with “creating project”. After this, a new bar popped up with no title. At the beginning 0% some error occurred:

This can be solved however. Manual building in Xcode, as UE suggests, works fine, and Starter Content is included, the correct map is loaded, and folders can be renamed as supposed.

To make sure it wasn’t just a random error, I have tested three new projects today, and all three of them gave this error.

The system has been quite static since the last time I used UE on it, so I don’t know what could have gone wrong in the system itself, but sorry for the inconvenience if it really is my system’s fault.

Here’s an alternative solution for the error you are getting “Couldn’t find target rules file for target ‘MyProjectName:’”

Let me know if it does not resolve your issue.