Mixamo has generously released 15 of their most popular characters and 7 versatile animations in the Marketplace FOR FREE. We’ll show you how to get started with this awesome new content today. We’ve shipped example character and animation Blueprints in the MixamoAnimPack so you can easily drive everything through visual scripting. Mixamo will be hanging out in the live chat to say hi and answer questions as well.

Please tune in and sound off with any questions here. See you soon!

Can we see an example of the setups used for fortnite character animations? Would be really nice to see just how complex anim blueprints can become.

Any news on progress on animation mirroring ? That is very handy feature (;.

I know that when you say Animation, you probably mean 3D Animation, but I would still like to give it a shot with a Paper2D related Animation Question:

Will there be something like Animation Blueprints for 2D Animation, with Statemachines and all its glory. I’d also like to know if it will be possible to reskin 2D Animations between different Sprite Sheets, that have the same Layout.

I assume you might mention this anyway but retargeting and mirroring like @iniside said especially being able to retarget prop joints and again mirroring props. We make sports games and always have to deal with left and right handed characters

Would also really appreciate having some idea about what the most costly/least costly animation methods (Montage, Sequence, slots, blends, etc) are to try and optimize as best as possible.

EDIT:
Also would it be possible to have a tickbox added to the ‘Set All Bodies Below Simulate Physics’ blueprint anim node to ‘include named bone’, because currently for example if you have a simplified character skeleton that doesn’t have collarbones, you won’t be able to just have one arm simulated with physics, because you would need to choose the chest bone to start simulating below-which would include both arms and the neck/head.

Aww I have to work tomorrow!!

How much Animation manipulation can you do with in blueprint. I.E play at point, play section, reverse, play rate. If not can we expect to maybe see that in a letter update? -Atec

First off I love seeing the sheer amount of work that you guys have been doing with UMG.

[Question]
I see that you guys have non-net blended root motion slated for around August.

-How is that going ?

-When can we expect blended root motion to be net compatible ?

I hope this is about using Character Rig tools use in Animation…This is only a hardest part in UE4.

Do you have any demos in the pipeline to showcase facial animation techniques? Bones? Blendshapes? Mix? How about facial motion capture? Any of you or anyone here on the forums used Brekel’s Kinect(original) Facial mocap app?

To echo some questions I saw earlier:

I’m sure by now many have seen David Rosen’s GDC Talk by now and been impressed with the results. Denny has a pretty cool research thread here tackling some of the limits.

I also agree there’s a case to made for procedural and physics driven or at least physics modified animation. Pretty tired of seeing weapons clip through without any physical impact and force(that isn’t baked), or seeing the same animation replay over and over. So I’m hoping to not just see more Overgrowth style animation become possible or demonstrated(for non coders), but also something like Bare Mettle’s(Not Unreal Engine) Sui Generis game: 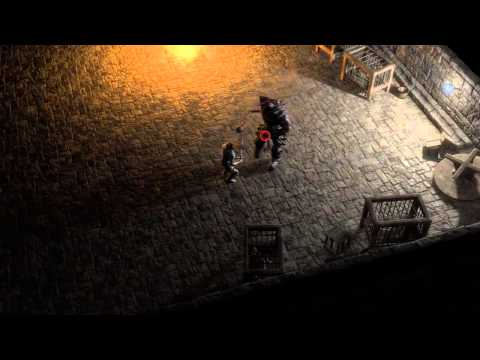 Hi,
I would love to see some “Tips and Tricks” dealing with the use of Animation Blueprints. One issue I am having problems with is that I have a character that needs a different set of animations for basic motions based on a weapon type (i.e. pistol, rifle, rocket launcher etc). What’s the best way to deal with this in the animation blueprint?

Mixamo has generously released 15 of their most popular characters and 7 versatile animations in the Marketplace FOR FREE. We’ll show you how to get started with this awesome new content today. We’ve shipped example character and animation Blueprints in the MixamoAnimPack so you can easily drive everything through visual scripting. Mixamo will be hanging out in the live chat to say hi and answer questions as well.

That is generous indeed! Thanks Mixamo and Epic!

Its include Fuse, Face Plus and make unlimited creating Character without any credits needed. Thanks UE4 and Mixamo

Huh, they were showing in the stream that there’s a topic for the 4.4 preview. Can’t seem to find it. Must be on a private forum, somewhere lol.

Is it possible to remove or skip cameras from a matinee director group at play time? And if the camera is removed, could the cameras behind it in the timeline be moved up to fill the gap?

For example: I have a camera for each building, At the end of the game I want a cinematic of the buildings that are left standing, but I want to skip the ones that are destroyed.

Huh, they were showing in the stream that there’s a topic for the 4.4 preview. Can’t seem to find it. Must be on a private forum, somewhere lol.

Hi Guys, My name is Benn and I’m currently working on Persona - UE4s animation toolkit. I’m looking to develop an animation tutorial series to explain the workflows we use and wanted to get some thoughts from the community on their direction. What...

Thanks everyone who hopped on the stream today! if you missed it, it’ll be up on the twitch archive soon!