Hello all, I am trying to create a door attached to a door frame that can be pushed open and close when the player pushes through the door. I intend for the door frame to be static and unaffected by physics, whilst the door attached to the frame be affected by physics (under position and rotation constraints except for rotation under the z-axis, later on with clamping to limit the door rotation).

In order to simulate physics for the door, I accessed the SM_Door that is already available in the starter content which initially has no collision set and proceed to choose the collision to “use complex collision as simple”.
​ 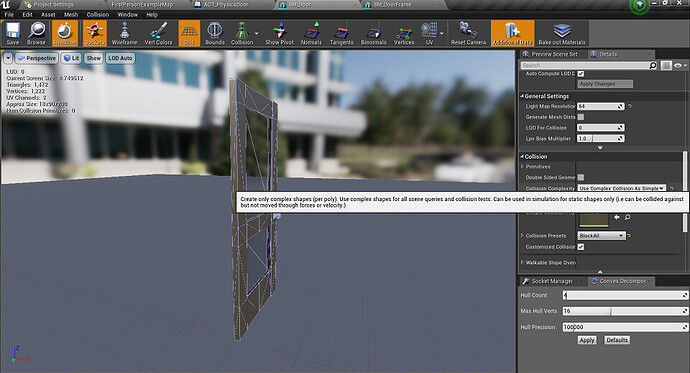 At this point the door actor that I created for this function no longer has the “simulate physics” greyed out. 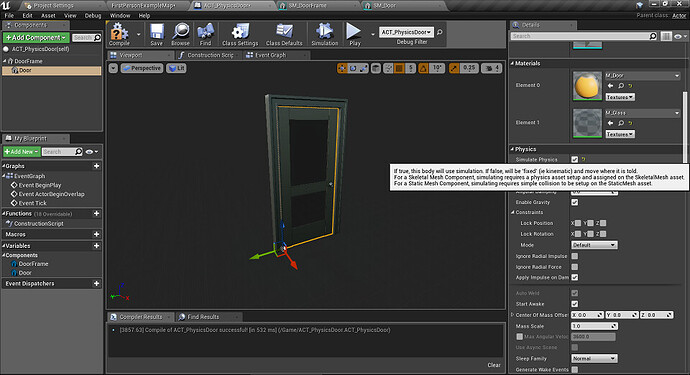 Now the problem occurs when I attempt to smash my player controlled character into the door, expecting the door to swiftly open to my will. However, a warning with the following message occurs. 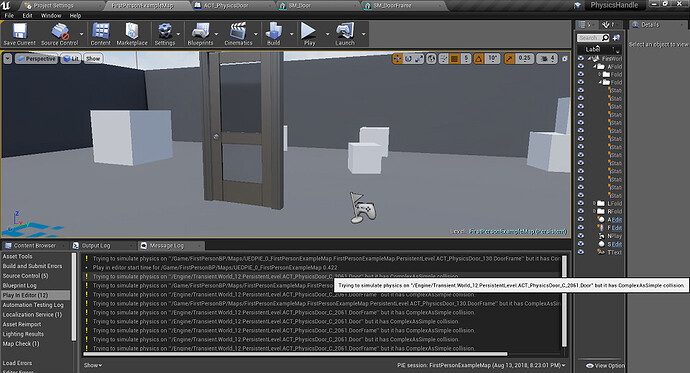 Initially I assumed the problem lied with parent to child variables causing the door to have the properties of the parent. Thus, I attempted to remedy the situation by removing the existing collision for the SM_DoorFrame and create a similar “use complex collision as simple” method, then locking it in place with physics constraints. 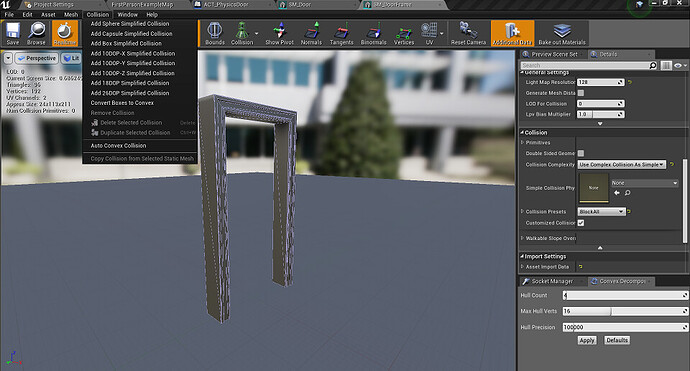 Unfortunately, all is still in vain and I cannot cause the door to move an inch no matter how hard I push the door open. I am left stuck with the message “Trying to simulate physics on …(door and door frame)… but it has ComplexAsSimple collision”. 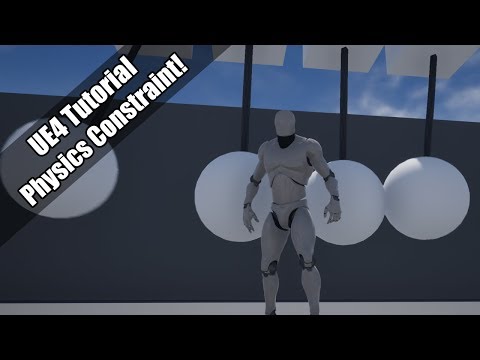 I seem to have found a tutorial which helps with the solution.UE4 - Tutorial - Axis Restraints (Request!) - YouTube
It basically teaches how to open the door similar to the method I want it to be. Thanks for the help but any explanations regarding the problem I have encountered would be appreciated as well.