Trying to get a light to change visibility on collision with a seperate blueprint but it does nothing.

Pretty much the title says everything other than;

Did you fill the “LightController” variable?

Yeah, I set it to the LightController BP

That sounds like the type rather than the actual object.

Did you use the “Set LightController” variable somewhere or referenced that exact object somehow to this variable?

For example you could make that variable editable. Then you can select any object of the type LightController BP inside of your level and have it referencing properly.

Erasio is on the right track with their suggestion! To further elaborate: 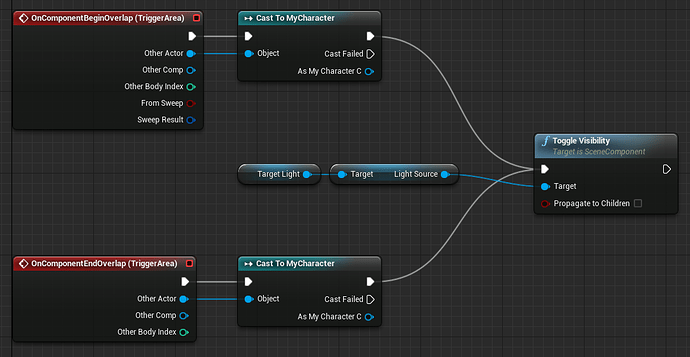 Marking the Target Light variable as editable allows you to specify which light in your level a given LightController should toggle. You can set it in the LightController properties as seen below. 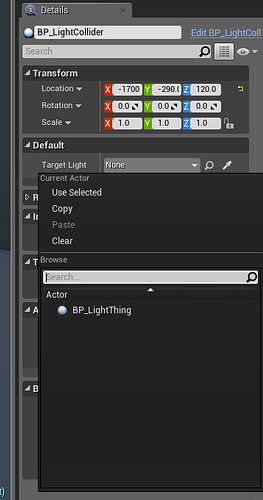 I hope that helps! Let me know if you have any questions. ^^

Wow haha thank you all for your help, Erasio and Nick was right.

For anyone with the same problem my issue was not the blueprints, it was the “Editable” box, once I had placed the Trigger into the world I had to set it in the detail panel, which light to control, this fixed the problem.

Although I would like to ask how I’d make it so I can edit the visibility of more than one light at the same time.