Hi everyone, I have a lamp mesh and it’s perforated with a lot of small holes.
It’s rotating in the center of a room - and I’d like it to cast soft shadows on the walls.

I can get soft shadows by using Ray Traced shadows, off course - but prefer not to use RT.
I tried using Mesh distance field but it looks jagged although I upped the Distance Field Resolution scale to 128x128x128. Is baking an option here?
Thanks

Then you already tried the only option other than raytracing.~

Is your scene just one big mesh?

Edit:
Bad reading comprehension on my part, sorry. Midgunner66’s post below has the correct answer.

What you’re looking for is a textured light.

An overview of the Lighting example level, example 3.2: Light Functions

Lighting projected using a Material as the source.

Good example (the third image is exactly what you’re trying to do): 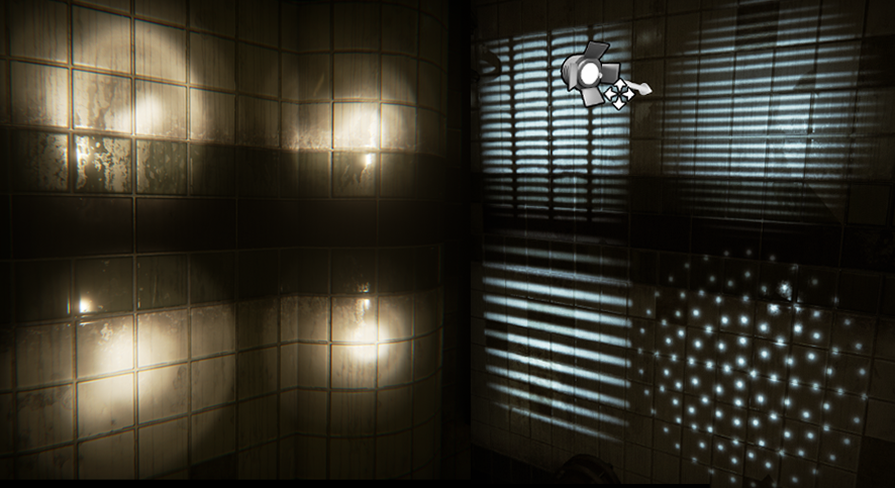 I checked the Light Function feature - not sure I can use it cause I cast shadows through the lamp - and I need the lamp to be visible. Do you think I can achieve something as complex as this example with this method? (I’m using here RT shadows & Volumetric fog together by using two point lights) 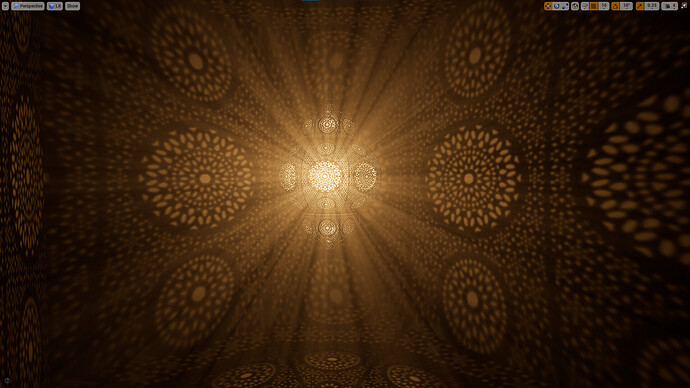 You would need to disable cast shadows from the lampshade.

However you won’t get rays with a light function as volumetrics don’t support them.

For the lamp, do what @Arkiras said. Alternatively, you can make the material of the lamp masked on the backfaces (using TwoSidedSign) and see if that works. For volumetrics, you would just fake them using a transparent mesh (old UDK documentation). Though, for your example, this may be too much.

If the godray thing is an important effect you could always fake it with a mesh and a material.
Like it’s been done for nearly 20 years…

It doesn’t need to be a cone for every portion though, you could simply make a few square sheets to cut the lamp with, and let the material on them split into rays.

Or, a secondary option wold be to render the paths on a flat sheet that always faces the player camera (billboard), in which you display the godray image.

Potentially, you could bake the effect out from a ray traced image so that you have a non raytraced fallback that has the potential of looking nearly identical.