Most of the objects in my game can be tapped by the user to interact with the object in some way. Each of these interactive objects has a UMaterialBillboardComponent icon attached to it to indicate that the user can in fact interact with it.

I’ve added a USphereComponent around the interaction hint, but can’t get it to respond to touch events. I know I can make the mesh collision larger, but this isn’t always practical. Sometimes I need to move the icon in response to some interaction, so it’d be nice for the icon to have its own collision.

Is there a way I can get both the mesh’s collision and the secondary collision to respond to touch input? Hopefully the image below gives an idea of what I’m trying to achieve. 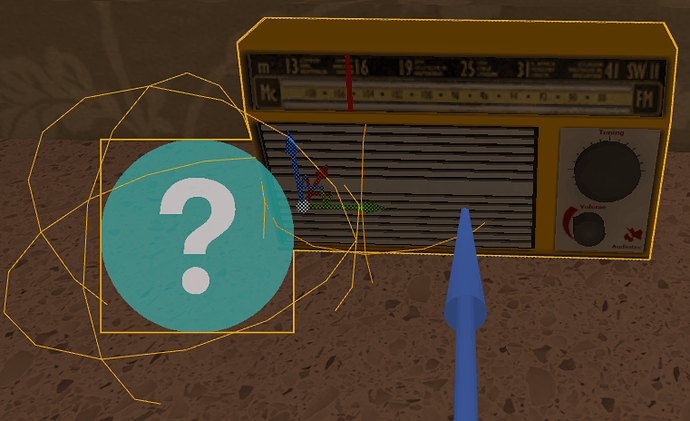 Turns out I just had to set the Visibility trace channel to ‘Block’ for the touch events to fire.