INCOMING UPDATE NEWS:
I’ve been away for couple weeks, ton of work as usually. I sidetracked a bit and reworked melee attacks system. As usual - I thought it will take much less time. It is just animation swap right? Not exactly… I wanted to do it systemic and scalable, as less logic invasive as possible. On the go I decided to extend it with combo attacks feature, where you can add as many attacks as you like, without touching blueprints. On top of that, I reanimated all animations for melee attacks. I had animations from motion capture, from animators… but after putting them in game, they didn’t look good.
So I paid for them and I had to redo them anyway… All of this took about 2 weeks (mainly weekends). Would be much faster if I would not have to reanimate stuff. So it was fairly quick. This is good example of well designed feature, where implementation is in blueprints straight forward and when I’m focused. Similar like previous mechanics, settings and definitions are exposed to anim data, so you can change/add new attacks/animations without blueprint compiling, even without turning off the game. This data asset can be set per character. Additionally I made data asset for melee impacts itself, so when character is hitting wall, then different particle and sound can be spawned then hitting flesh.

Videos:
Overview for all attacks - https://youtu.be/-erapTC4qMg 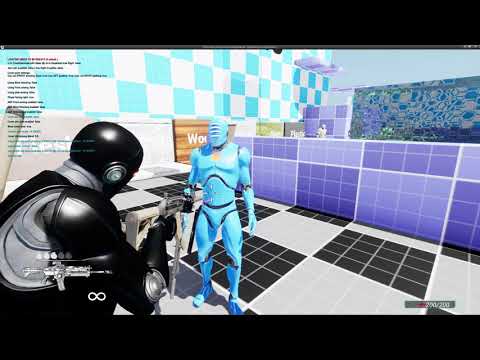 I have some important news regarding production of big update for TPS Kit.

I will split this big update into 2 phases. This project is massive. I didn’t think it would take me so much time to finish it. It is pretty much like making full game, if not more, since I need to make systems for various scenarios.
Also my colleagues who are helping me, recommended this.

Looks like I will have to invest even more money into it (I lost count but I guess now it is around $14000 in assets alone and growing) so one reason is to get some of that money back and earn for more assets/hire more people, get some help.

I plan to split production this way:

Phase A aka TPS Kit v2 : Release it with what I have now, plus with updated animations to current features that are in TPS Kit. Additionally before release, I want to share free playable packaged demo version with some example level for everyone to play, give feedback, report any bugs etc. Demo would be released no sooner than in second half of June and update released no sooner than in second half of July. It will include everything what’s green in road map plus:

Price would go up after release. Free for current owners of TPS Kit.

Phase B aka TPS Kit v3: Everything else from road map, including new demo level. Similarly, free demo for try before release. Price would go up again. Free for current owners of TPS Kit. Release date TBD.

Let me know what you think about this plan, also whether there any essential features that you need.

hamsterPL I have fixed 4.26.2 so Chaos works. Any chance you could fix your shooter so it would fracture GC’s? thanks. Still waiting for grenades.

Fracture GC? What is GC?

Geometry Collection. From Chaos. You need to get up to date. Look at my youtube site. (euler sosa) Euler Sosa - YouTube

Third Person Shooter Kit is now on May sale with 30% off price! https://www.unrealengine.com/marketp…on-shooter-kit 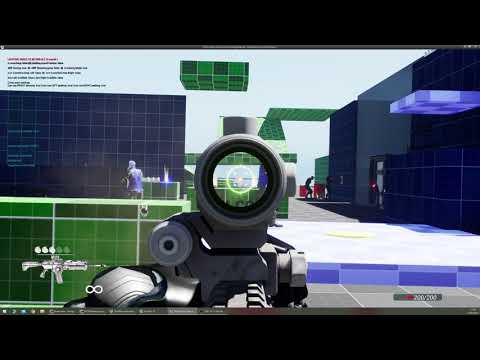 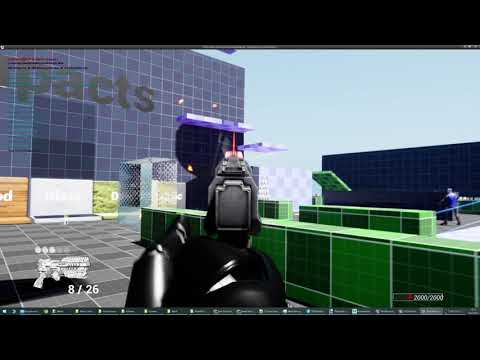 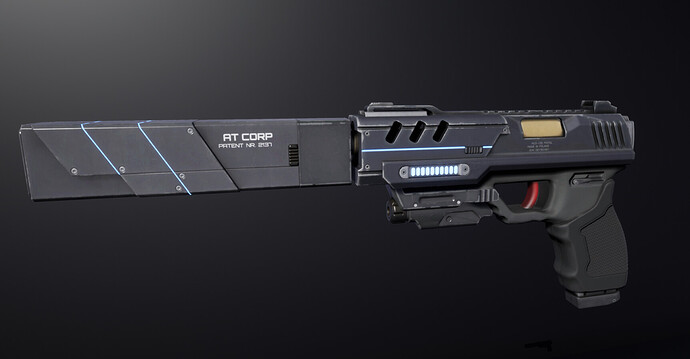 Is there a way to deactivate an enemy’s AI and leave it crouched until some event occurs?

UPDATE NEWS: I started refactoring old stuff. Turret was first in line, since it is hardest to do and I need to prepare it for sound designer. It took much more time then I expected as usual. Good news is that I learned a lot from it and
that logic can be used to other blueprints like camera and flying bot. Doing that I noticed many other bugs so I took care of them also. Next probably I will go back to animations for sniper rifle,
and then finally to finish cover system. Then few more smaller things and camera system rework. Fortunately I have it designed already. Sound designer and weapon artist are delayed because of personal problems. 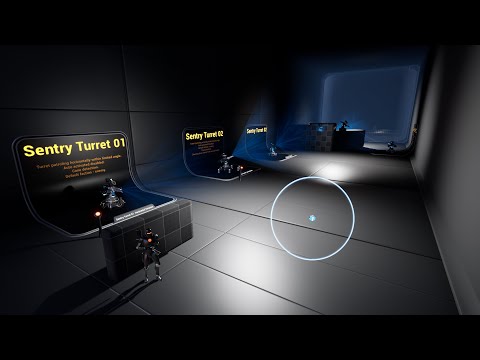 Is there a way to deactivate an enemy’s AI and leave it crouched until some event occurs?

Yeah, I think so. I guess it would be to StopLogic on brain component

Other latest news:
Compatibility with 4.27 is live.

Third Person Shooter Kit is now on OCTOBER SALE with 50% off price! 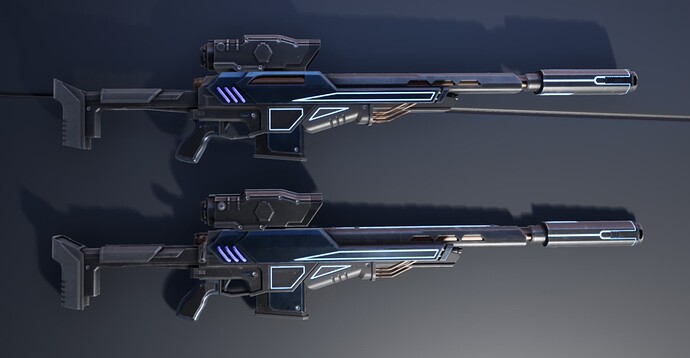 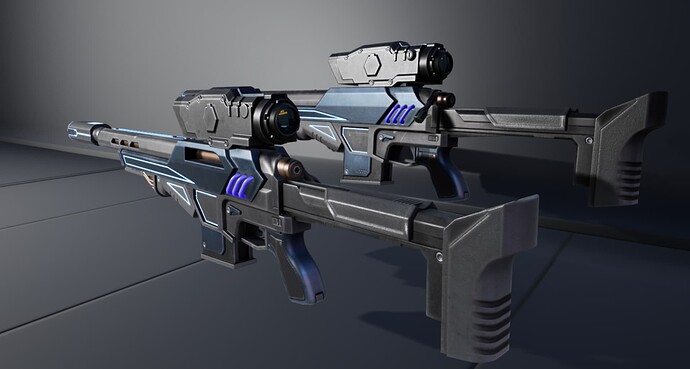 Third Person Shooter Kit is now on BLACK FRIDAY SALE with 30% off price! 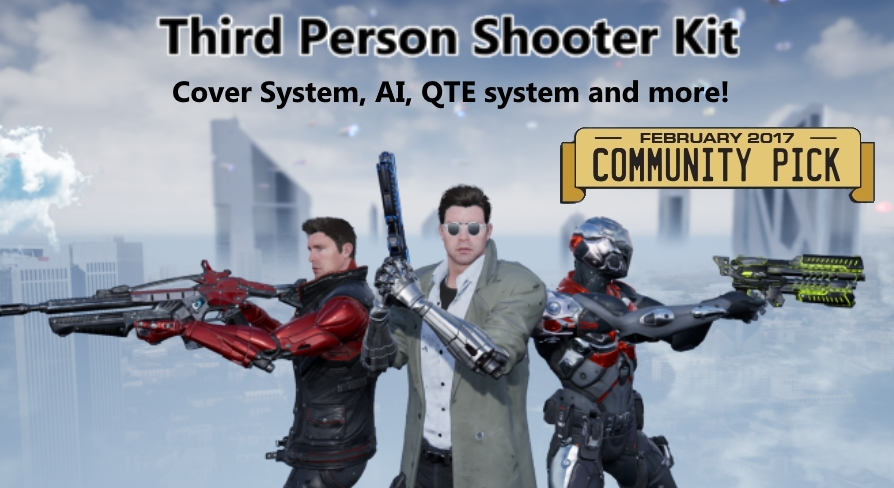 Third Person Shooter Kit serves as a base for third person shooter game. It's a 100% blueprint project, with detailed features level and notes inside blueprints. It contains advanced mechanics like cover system and robust AI. 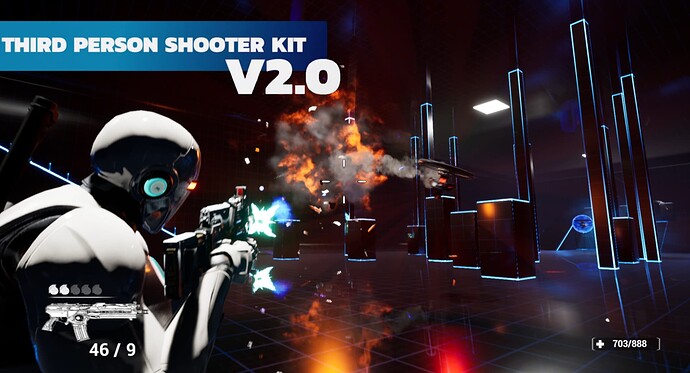