There's no way to use Quixel materials that have displacement on UE5?

Now that tesselation is deprecated, how to i use those materials (like this roof texture below) with Nanite? I cannot find options to do Tesselation or Displacement on UE5. Do i really need to work with dense meshes for every object on my scenes?

I would like to know this as well, specially when working with Quixel surfaces where you could blend with displacement, doing that in an external program now will take twice as along

Technically speaking, you can generate a tessellated mesh and import that into UE.

Yeah i am having the same problem. I really hope they can add texture based displacement to nanite otherwise all the displacement textures will be useless. this really interrupts the workflow for archvis. i have a hard time believing unreal will expect people to sculpt every brick and tile dent into all there models. this would essentially make unreal datasmith for low poly programs like sketchup useless.

Using the Modeling Tools inside the Engine, you can create your mesh starting from a displacement Map.
Take a look to this video at 3:43 : 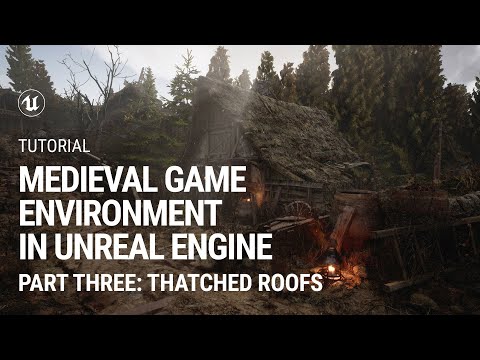 I’ve tried using world position offset to reach the effect that displacement should do, it turns out quite buggy like flickering and stretched on landscape. Hope there’s a solution for nanite on landscape.

blur the normals a small bit to get a smoother maping

You can use Virtual Heightfield Mesh. This is a tutorial on how to do that for landscapes. But it can be applied to static meshes as well. 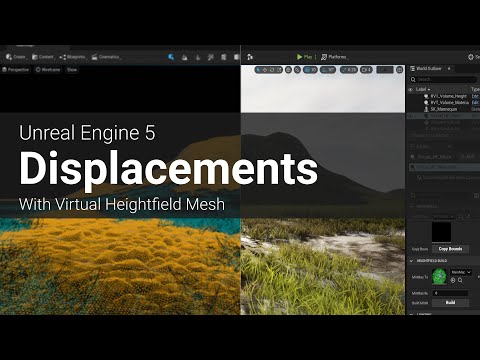 Is there some proper tutorial for using Virtual Heightfields for landscape displacement? The tutorial you’ve attached is incredibly crappy unfortunately

What do you mean by crappy. Have you tried even following those steps. And if you are a power user there is a example maps in the plugin directory as well.

I watched this yesterday - shows you how to make use of the megascans displacement materiel. Bit of a fudge but it works. How to use Displacement in Unreal Engine 5 - YouTube

In one part of the tutorial, he just opens editor widget blueprint with a huge “set it up for me” button, clicks it and it sets up half a tutorial worth of stuff for him, without taking even one sentence to explain what he did. He also commonly just says “you have to enable this checkbox” without actually explaining what the checkbox does. That’s not how tutorials should be made. You can roughly see what he did, but not why

It is not specified but he uses stuff from his “open land” project. He simply explain how to use his stuff rather than really explaining how to do it from scratch. You can still download it (the link is the video description) and check what he did.
I’m still waiting for a tutorial that explain from scratch (I tried by myself, already knowing how to use virtual textures in UE 4, but with no success), no doubt somebody will come up with something soon.

he just opens editor widget blueprint with a huge “set it up for me” button, clicks it and it sets up half a tutorial worth of stuff for him

Actually, you missed the point. That’s about adding the Virtual Texture Support. If I was explaning that from the scratch, that’s another topic for 30-60 minute content. Most of the landscape material have RVT support & there are a ton of good tutorials if you are starting from Scratch.

In OpenLand we have a OneClick RVT setup. So, I simply use that to save time. The point here is to showcase how to use Virtual HeightField Mesh, but not to show how to setup RVT.

Most of those are self-explanatory. Basically, those are adding plugins and enabling virtual texture, etc. I once showed something about “RVT cache” & explained that later.

He simply explain how to use his stuff rather than really explaining how to do it from scratch.

Yeah! I understand that & it’s intentional. I don’t work for Epic & I am promoting OpenLand for sure. But I was trying to explain how things are working as possible as I can.

Anyway, OpenLand is available on GitHub & I am happy to help anyone on how to setup HFMesh if they ask specific questions. Rather than just saying it’s a crappy tutorial.
(Check my video for 4.26 for such examples)

Anyway, the biggest issue here is how Epic is handling this situation. Earlier tessellation is just a few steps away. But now with HFMesh, it’s not that simple. There are so many things to setup & understand.

My goal is to add HFMesh support with a OneClick solution for OpenLand & try to explain & help others to set it up as possible as I can.

Hope Unreal Sensei or others to do a better tutorial on this topic. Until that, this is all you get

Check my video for 4.26 for such examples

I indeed followed your video about 4.26, downloaded open land to check it, but I was trying to replicate for UE5, and couldn’t make it work. I need to try again with your UE5 version.

Yes, you gently answered to me, but it didn’t work despite your advice and I didn’t want to abuse more of your time so I gave up at the end

Yes, you gently answered to me, but it didn’t work despite your advice and I didn’t want to abuse more of your time so I gave up at the end

No worries. Happy to help again. I feel the pain.

how will that work for static meshes? the virtual heightfield is a plane

But, Virtual HeighField Mesh is not a solution for doing displacements for smaller objects, wall hangings & most of the Archviz related static meshes.

Here basically, we don’t have a proper solution which is similar to tessellation. Here are some options for you:

rendering meshes into the landscape RVT height sounds good in theory but in practice since it’s still a plane with displacement you lose a lot of definition at the edges of the mesh, and any non-convex areas just become vertical walls.

but I think the matter at hand here is still about displacing meshes, not displacing the landscape (which is covered by virtual heightfield).

TL;DR there is no solution currently but Epic said they want to explore and to try to provide similar functionality in a future release of UE5