Just starting this little project. If people think its worth it, i might continue doing it seriously, (get a team together and stuff). Leave your thoughts down below.

(P.S new to all this game design stuff) 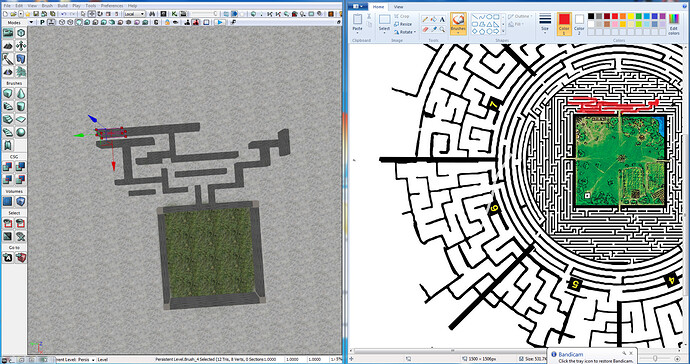 Just started building a basic “template” of the first books map “The Maze”. If I do end up doing this properly i will revamp the textures and model characters based on the movie. Anyways tell me what you think down below, or email me if you would be interested in helping?

Hey guys, just letting you know that stuff is happening with this game. Production is slow at the moment though due to lots of work :(.

I aim to release new screen shots on Friday of the Glade and (hopefully) fully textured maze.

I would like to say a big thanks to all the support people have given me for this game!! You are all amazing!!

Sorry guys, unfortunately I have been very busy over the weekend. I’m still working on this game, but, I have lots to do in the meantime. Will post again when I finish putting game map & logic together.

Still Looking for people to help with this, im aware the picture is rubbish XD that why im looking for help!!

I might be able to help, at work right now. also that would be a whole lot easier to complete in a modeling software.
.

Any help is appreciated, as you probably guessed, Im completely new to this whole “game design” thing

Almost done with initial model of the entire maze, give me a little more time and I can finish it up and create an .FBX file for you to import in to the editor. Should be to scale based on the size of people I can see in screenshots from the movie.

Wow, wasnt expecting you to do that. Thank you, means a tonne!!

Wow, wasnt expecting you to do that. Thank you, means a tonne!!

I myself over the last few days have been thinking about doing something similar in regards to starting at the center of a maze and having to get out. It’ll be interesting to see how you approach the idea. I’ve been trying to thing of a way of doing more procedural mazes so each player gets a slightly different experience. Not had much luck as of yet.

Are you thinking about doing just a single maze layout that’s pre built?

hey all, i’m working on such a game my idea is a maze divided into 4 big parts each part is verry different from the other and each part is separated fromthe other to resolve the maze you have to solve all the other parts, in the maze there is some traps and different monsters depending on the part … welll i’ve already startd and have all needed item and already created the base map… only waiting for 4.7 for foliage and have to create monsters and main characters, by the way ther is an evil character and it’s clown (like the joker) i it is a wip still need to tweak the texture and think about it’s clothing ^^, for the main character i’ll use the alex ledge climbing system and character will have different weapon to find in the maze… well if you guys are intrested in my project and want to work with me or want me to help you in something contact me at : alamikhalil@hotmail.fr i’de really like us to work in a same project because it’s basically the same idea

Probably will just a single maze layout that’s prebuilt. This is so it resembles the one from the movies/books which is what this game is based on. Once the player has escaped the maze, they will be in the scorch. (book 2)

Ahah, sounds it :D. Good luck with completing your game

Just about done. Still needs mapping applied to the maze walls so that you can texture it. Swanny if you would like to exchange contact information then please private message me. 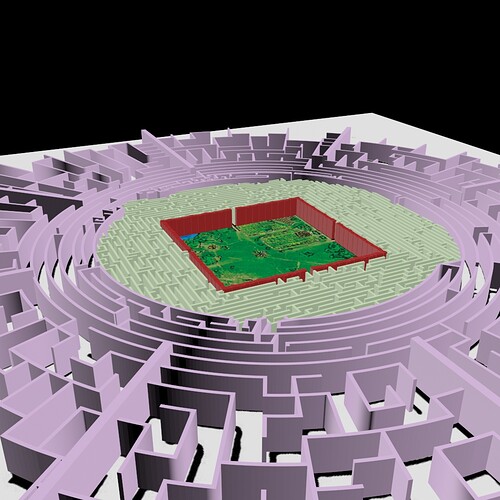 Consider it done! It looks amazing!!

Hi there! Looks interesting. Is it going to be a first person or third person game?

Hi there! Looks interesting. Is it going to be a first person or third person game?

It will hopefully be a 1st person game, but I may allow the player to decide

I could help out, not nearly as much as I’d like though, I’ve got my own projects too.

Same offer as Illp, PM me.

It will hopefully be a 1st person game, but I may allow the player to decide

Also, in my opinion, keep it first person. If you offer to switch, you have to do a lot more work to create the animations for both, and make it look good.

Also, in my opinion, keep it first person. If you offer to switch, you have to do a lot more work to create the animations for both, and make it look good.

Fair Point. First person it is then :,)