Hi everybody.
I started to work in a project with Unity at the beginning of the year, but after see the release of UE4, I switched to it and, there is the first trailer of the game. 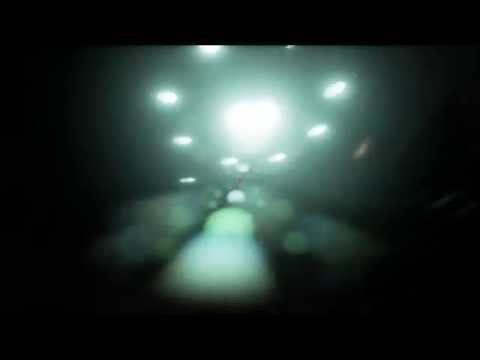 The Hum in Greenlight: http://steamcommunity.com/sharedfiles/filedetails/?id=259440988

In the pics from Greenlight you can also see some photos from an event in my country where we shown the game with Oculus Rift!

Thanks all for these comments! I’m adding some additional data here

Some concept Art:
If you are interested to see more, just go here

The Hum is a horror game set in a world that has been
destroyed by a sudden alien invasion. You will play the role of a
survivor hiding in a barn since the invasion, months ago. But,
something strange starts to happen. Every day, every night, you
wake up with new memories, new abilities, new paranoias. You ask
yourself “what is happening here?”

Gameplay includes typical stealth mechanics, inventory and first
person movement, but you will be suffer constant abductions that
will alter your sense of reality and will break down your deepest
beliefs.

And finally a Survival Game without zombies

I will be updating soon. I hope I have more gameplay in the next update

Fantastic, the atmosphere is really chilling and the soundtrack is AAA grade. I’m going to follow this game closely - looking A-M-A-Z-I-N-G!

Good work! But I hate those very dark games. I mean, we need to see!!! Thats the mean reason we see those movies where we can see everything, but the actors are using flashlights as if everything are completely dark.

Amazing. I jumped so hard in the last few seconds xD

Extremely impressed with this trailer! Very tense, great environment and theme! I look forward to more!

Looks like a nice thing you got going there. Keep it up.

Thanks everybody! I’m so glad for you comments. If you are interested, here there are some 2D concept illustration that helps to understand the project’s spirit:

Browse The Hum images for sweet media. Your eyes will thank you.

That was intense!! Looks awesome and keep up the great work!

Looking great! My kind of horror game! Zombies, Phantasms and ex-con murderkillers are so overdone anymore. Bring on the Alien horror!

Just checked out the concept art, I am really digging the creepy design of the aliens.

Looks really cool! That scream at the end gave me chills.

One thing: the red crosshair is breaking immersion too much. I would advise you to remove it. If it’s needed for gameplay, maybe only show it when necessary, and/or replace it with a small white dot (at 20% or 30% opacity).

Also, you probably have this planned already, but just in case: another immersion breaker is not seeing your character’s body when you look down. It’s also great for casting your character’s shadows on the scene, seeing as shadows are important for this kind of game. Plus, you can sometimes scare with your own shadow.

I think they’re using one of the templates, which has those by default. I wouldn’t imagine this is the final HUD.