we’ve been having some major issues with our game’s textures. They are on a 3D model with a plane and the texture is simple translucent, emissive material. It’s especially bad on the text. I’ve already tried without mip-maps, without AA (makes it sharper, but creates some massive pixel crawling all-around). Here’s the texture in PS compared to in-engine: 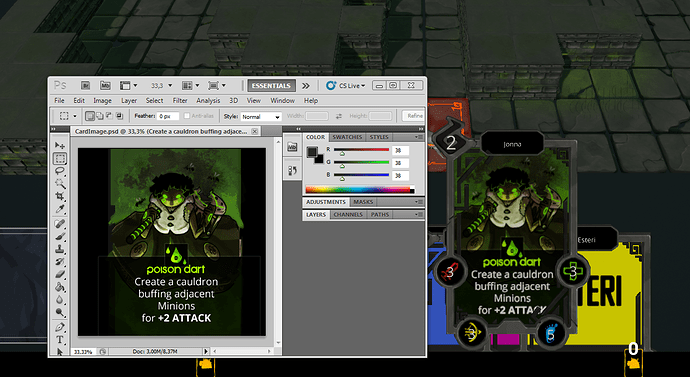 I can post additional details if you can think of something, but I simply can’t think of anything to add and searching hasn’t yielded any help either. The texture looks fine when viewed in the editor as well, it just scales horribly and is blurry in-engine.

Hi there. I got a similar when I forced FXAA in the Nivida control panel. Don’t know if this applies to you.

thanks for the comment. I’ve already checked to see if driver forced AA is messing with it and there was none toggled on.

I’ve improved the situation by decreasing the card resolution from 1K to 512x (somehow downsampling the texture in UE4 creates noticeable shimmering in texture instead of increase quality, I will have to check the filtering again), toggling Never Stream on and disabling mipmaps.

Now the issues is that we can’t separate FXAA/TXAA just from the cards, the choice is to go for blurry cards or aliased in-game world. The text render still looks rather bad, any advices on how to improve the quality of a text renderer, especially in motion and when viewed from a distance?

Sorry, unfortunately I’m not really into the details.