I just bought the Procedural nature pack, but I’ve ran into some serious issues with the terrain when tessellation is enabled. Not only are there a ton of holes in it but there’s also a morphing effect which is very obvious and makes the files pretty much unusable when tessellation is on.
I already tried to change the tessellation density value but it didn’t really fix anything.
Here’s a link to a video of it, for a better understanding. - YouTube

I’d like to know if this can be fixed as I’ve already talked to the asset creator and he’s not sure himself what might be the problem. Is it engine related or something else ?

Edit:Managed to fix the holes problems by setting max displacement to 50, but the morphing is still there.

I have the same problem…can anybody help us? Thanks!!

A pic of my material: 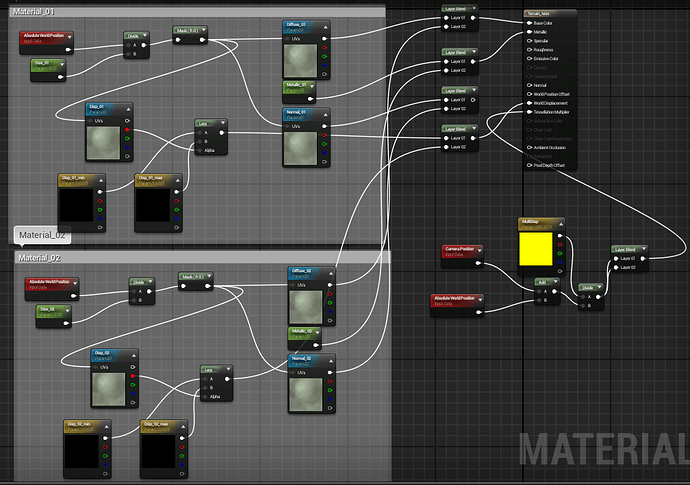 When you say “the same problem” do you mean the morphing effect ? and are you also experiencing this with the procedural nature pack ?

Look, this is my problem , I think it 's like your problem, not , this problem occurs with the material I put in the first comment .

I’m starting to think that this might be a problem caused by the ATI driver. I’m currently using the 270x Toxic and the latest stable driver from them. Anyone else with a similar gpu been running into this kind of problem ?