For around 2 months I am working on a project related to our old-school fighting games. You know, 2 players, regular stages etc.

Before I move on to the real deal though, I am working on a template which I will share with community when I am feeling comfortable about it, and when it is finished.

I have very little experience with coding, and all I am using is blueprints so I am learning as I go ahead with it. I made the basic animations for now alongside with little core mechanics, so I decided to make a thread about it. Why not?!

Here is the first video, presenting the basic core system. Local multiplayer, a camera, and a stage with limited space to play on. 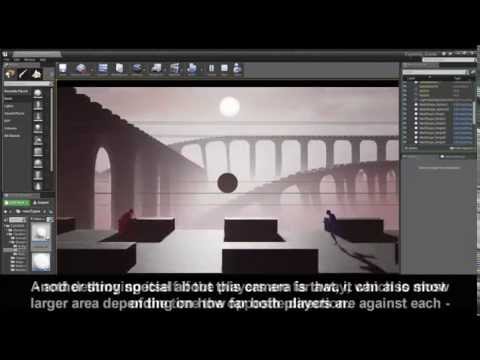 Next video is about collision. 90% done. Still need to iron it out. :3 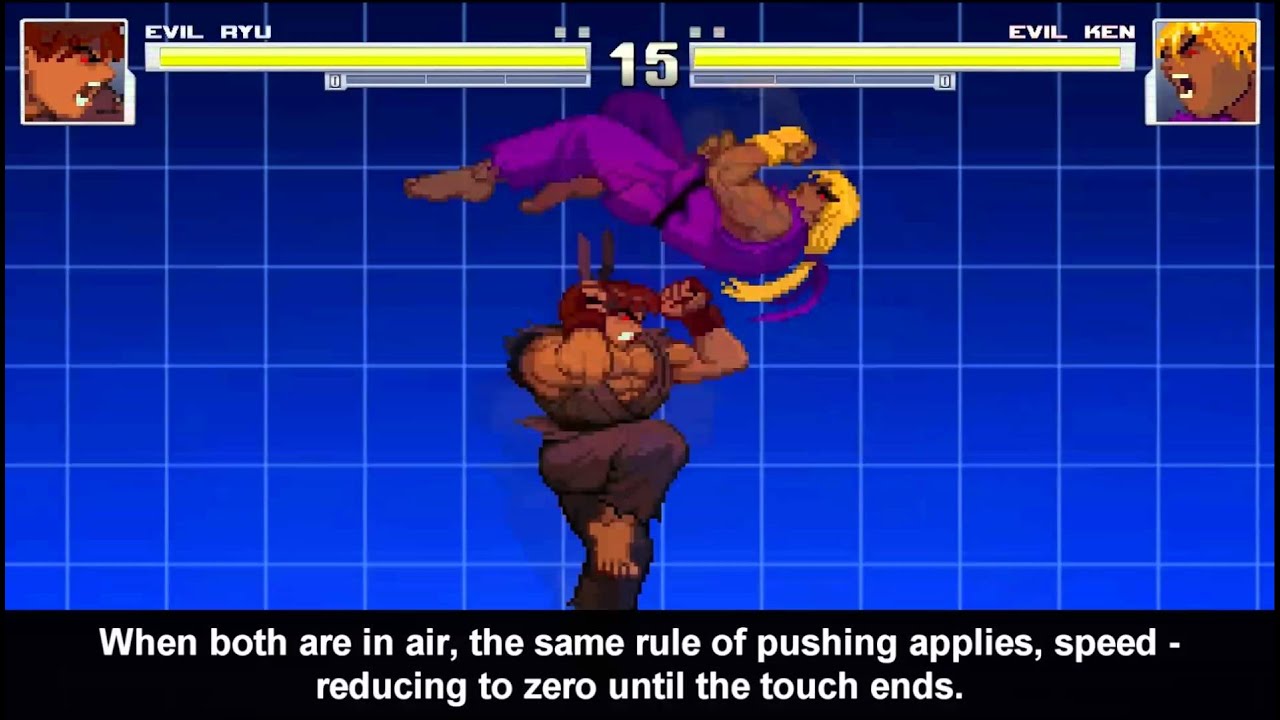 Lastly a very short video demonstrating animations for both left and right side standings. (30% slower for showing blending is “okay-ish” ^^) Anything works as you see. That’s all for now!

Howdy! Here is the progress, plus a video! It’s been 15 days now and I am working like hell on this template, it’s coming up nicely!

And here is a quick video.

— Things that are “almost” finished —

— Things that are being worked on —

— Things that needs to be done later —

That’s all I can say so far! Will update with new stuff soonish! ^^

This is looking pretty cool. I like your endless bridge system. The actor spawns a new bridge actor when it overlaps and deletes exiting one when it ends overlap? Pretty clever ^^
I like this as a template, can’t wait to see more progress!

This is looking pretty cool. I like your endless bridge system. The actor spawns a new bridge actor when it overlaps and deletes exiting one when it ends overlap? Pretty clever ^^
I like this as a template, can’t wait to see more progress!

Thank you for your support! Yep. There is a bridge creator that checks if there are bridges at the opposite side of where both players are heading, deleting them if it detects. Also the new bridge creators make a check for theirselves to delete the creators with the same rule, so nothing is left.

Cheers for the support everyone

It is unfortunately hard to say when. I am almost working every day on it. At the moment working on the Player Pawn. Completely redoing collision and gravity myself which is the hardest part so far. Once I am done with things, I will update the first thread so you will be able to get an idea.

Holy hell. You just helped me figure out one of the biggest issues I would’ve had with the 2d fighter I have in mind. No walls but limitations on how far off you can go.

You’re a saint. A SAINT!
This looks great though. Would love to give the template that you have so far a spin

This looks great though. Would love to give the template that you have so far a spin

Limitation part was too easy than I expected, just make sure the blocking collisions on left and right are connected to the camera. Then add a clamp to the movement of camera, like -10000 to 10000 and there you go xP

Thanks for the kind words aswell, good luck on your 2d fighter! I would like to see some stuff about it aswell !

Hopefully I can get a presentable demo soon, but I’ve been stuck on something for awhile that across 3 engines I’ve had issues with.

The **** on hit cancel system. Unity didn’t exactly prove the best for 2d fighters, Unreal isn’t exactly cooperating, hell FM2K had its issues and it’s built for this kind of thing. Any suggestions?

Hmmm. If I understand correctly, you want to be able to cancel the hit to another one, such as dashing in the middle of Shoryuken before it gets player on air right?

If that’s the case, it’s not really Unreal’s fault, but how you implement your input system AND movement one.

Personally my movement system consists of “Set World Offset” and “Set Actor Offset” ones accompanied with timelines for moving them for special things, such as jumping. In this case if I am making a Ryu and wanting to cancel his Shoryuken into a dash, I would have a AND boolean with inputs tagged into “IsOnGround” and “DoingShoryuken”, which are both true until he flies upwards (which makes it TRUE for DoingShoryuken but FALSE IsOnGround, making it impossible to dash or cancel after he flies). So if the Ryu player tries Dashing by tabbing 2 times frontier, I would stop the Timeline that is updating ActorLocalOffset of Shoryuken before it’s Z direction starts (aka jump) and I would switch to Dash state in Anim Graph, only to trigger the Timeline for Dashing Actor Local Offset with 0.0 seconds blending. There we go, chu haz a dash in the middle of zhe shoryuken!

I didn’t play the new Street Fighter where many cancels their attacks to dashes, but I watched the videos, so I think thats what you mean, even if its not, I would still use this way for any type of cancellation anyway.

In my humble opinion, you should always use Actor Offseting in a fighting game. I don’t think Velocity is a term you should use or need, for your character goes left and right in instant speed, as it should.

Here is an example of how I move my characters; 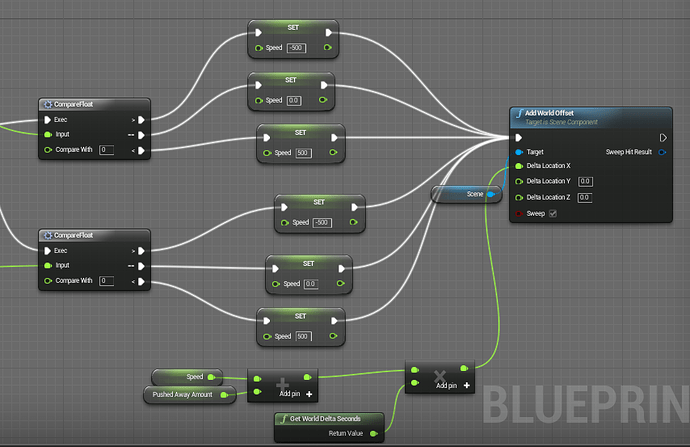 I am not showing it all so it might be confusing (as I still am not use if this is the correct way), thought what you need to note is, I multiply every move I have with delta seconds as you see at bottom. And I always get good results. Maybe thats how you should move aswell!

I never thought to do that. Not bad haha.

Quick question on your infinite scrolling stages, mostly the backgrounds, do you have those do a similar thing with the background as well with the destroy the back and rebuilt the front?

I never thought to do that. Not bad haha.

Quick question on your infinite scrolling stages, mostly the backgrounds, do you have those do a similar thing with the background as well with the destroy the back and rebuilt the front?

That is my lazy side. I am not doing anything for them because it takes 10 min of walking towards a side to get rid of them anyway

Though even if I wanted, I would add a overlap detection on very far sides of the camera that would trigger them to become visible/spawn, just like I do for my playground bridge parts. It’s not hard, but it’s just not needed imo.

Howdy! Here is the progress, plus a video! It’s been 15 days now and I am working like hell on this template, it’s coming up nicely!

And here is a quick video. 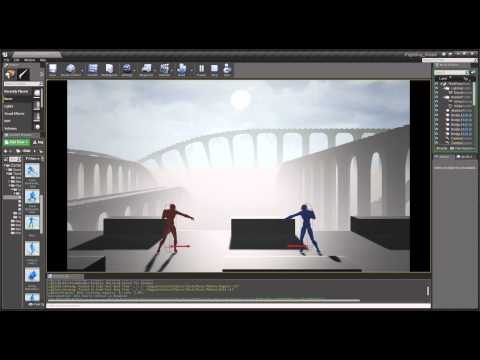 Wow, amazing stuff. Wish I could help out but I’m a total blueprint noob, but I learn quickly so maybe later on I’ll be able to chip in. I’m trying to create a camera system same as the 1 in your first steps video for my game aswell, I know your a busy man but if you have some time to spare could please tell us in more detail how to prepare the camera your using, or show some screenshots of how on how you set it up. Here’s a link to the game I’m working on Chronicles Of Eden, A 2 Player Fighting Game. Please help out, I've many blue print issues to solve. - Work in Progress - Unreal Engine Forums