Hey Achilleon , Any updates on progress, I want this…Shut up and take my money!

I have been working on the Fighting System literally -A LOT-. It got changed like… 3 times now and it is finally finished. For attack animations, I first used lots of states and AnimGraph was looking like a sphagetti monster. Cleared all by using detailed Anim Montages. It’s all looking epic compared to what I had before.

I also had to transfer myself to the new model of Unreal 4. I had to almost redo all the animations I had for the mannequin guy. I was just not prepared for a new model from Unreal so the change have had it’s cost time was, but it was worth it. ^^

I will have a video today or tomorrow! Thanks for support once again.

Hello everyone! Here we have the video finally. Had to iron out bugs that I have missed. It is not fun when you don’t see the animation playing, you know. <.<

So far the things have finished;

And finally here is a video to show what I have so far! 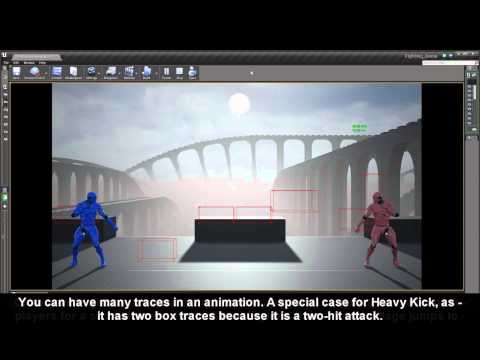 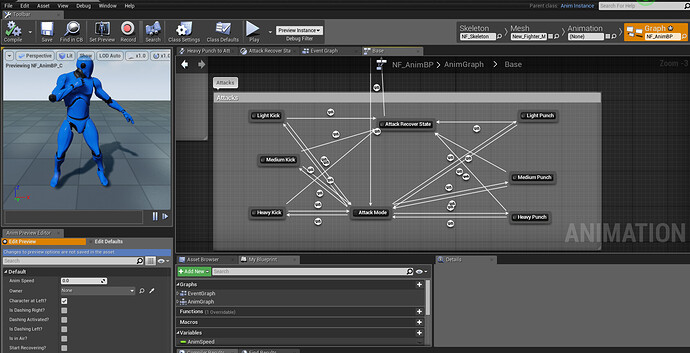 Hopefully all other updates will take less time as I got what seems to be good for animation blending etc! Thanks for interest everyone!

Cheers for the support mate. If only it was fun to reach this point, I would agree

. Anim Montages are so unforgiving when it comes to transitioning from one to another. Hell, there was even time that they didnt work proper under 60 fps. I was like, “Lol wot?”. :<

So many tables got flipped, computer mice thrown away, curses have been said. But finally we got all working.

Cheers and thanks for your support.

Don’t let the example confuse you. You can do any move after any move. 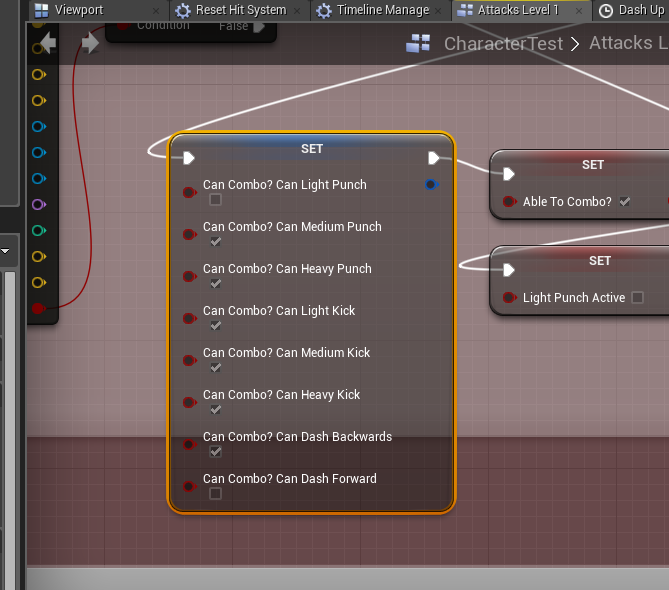 This little guy lets you costumize it all. You can do all kind of combinations. All you need to do is tell him which possibilities you want. You want to be able to do LP after HP? Maybe HK after HP? Why not. It’s up to you.

PS: And yes you can do backwards combos aswell.

Ah alright. I was wondering as typically, backwards combos aren’t a thing in traditional 2d fighters and I was wondering if you designed the on hit combo system as such. Is it safe to assume this is a character specific set up, or does this apply to all characters that may be added in the future in terms of creating examples?

Exactly, everything is editable for every character.

I designed it by mimicing what they have done, though I kept the flexibility intact. It’s not a Fighting Game Engine after all. A Template that you can edit anything. It’s BP only anyway so. :3

Cant wait for this to be released so I can play around and make some ****!

Wow I love this. I really think you’ll be able to make something awesome with this!!

Cheers for support everyone. Been busy terribly. A new video is upcoming shortly.

So far the plugin system is done. Everything is a different module inside Fighter Character BP, allowing you to easily switch characters or chose them at beginning. True Camera for Fighting is implemented and now there is a training stage with limited space to play in for your basic needs.

Rating this over 9000 for the kawaii picture capability !

Rating this over 9000 for the kawaii picture capability !

Thank you for recognising the MOST IMPORTANT feature of the Template. I have no idea why everyone else disregards the most important thing. I mean. Kawai waifu pictures of yours at background while you are playing? Who would NOT want that!?

Here are the updates so far:

1.) Module System is now on. Every character got different sub-systems within. This lets you easily spawn a character with the specializations you desire, or even change the behaviors in game. Hell, you can change the character entirely if you do prefer.

2.) Camera is now a Real Fighting Game Camera. Old one was only there for replacement, just staying at middle of both characters constantly. Could be very problematic with people who has motion sickness, and well, it was not professional. The new one however, constantly speaks with both characters and act accordingly to their position.

3.) Collision System is highly upgraded to be able to speak with camera and edge detection. It took 2 days of work to get the best option on how to handle when one character is on edge and can’t be pushed, but it was worth it!

3.) Movement System got some adjustments as well. Most noticeable one is that, jumping or walking towards the player gets your speed halved in case you are right beside him or her. This way it won’t be like you are fighting on ice. The same system can be put into any Ability as well and it’s optional.

And here is a short video demonstrating them… shortly! 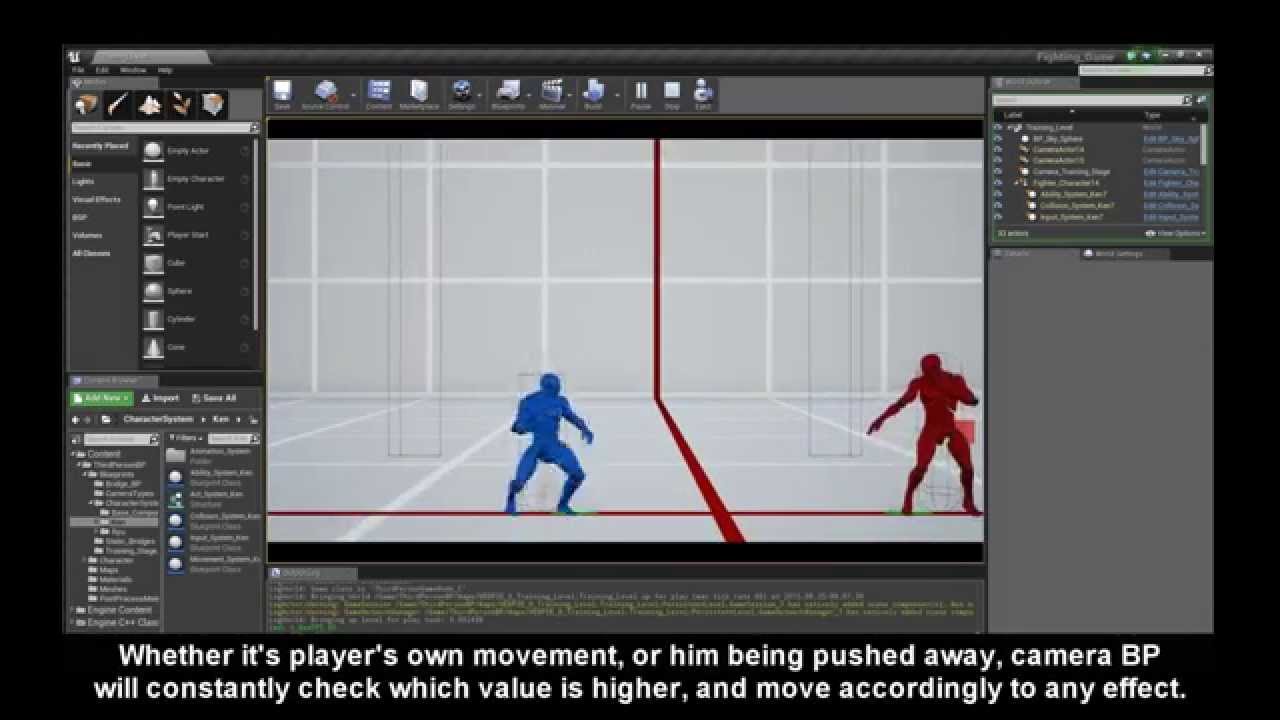