So I’m trying to set up a basic Usable Platform for a multiplayer game. The idea is a platform that goes up and down when you press the switch … your basic elevator. I’ve got the elevator and the switch blueprints working for single player, but I’m stumped when it comes to networking it.

Problem 1:
The movement of the platform is not replicating. 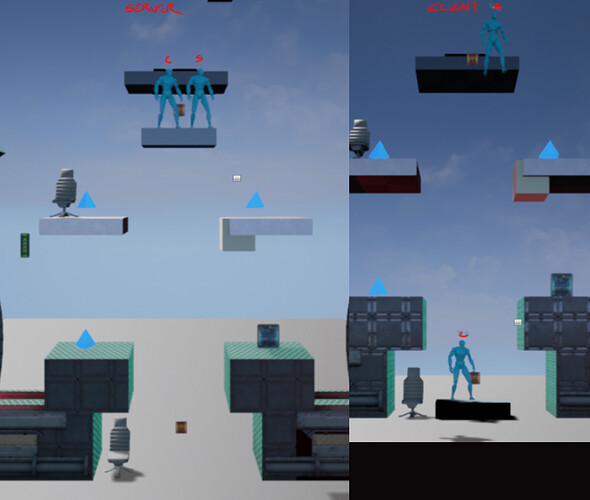 Problem 2: the Client cannot ‘use’ the switch or platform. Here’s the single-player version that work: 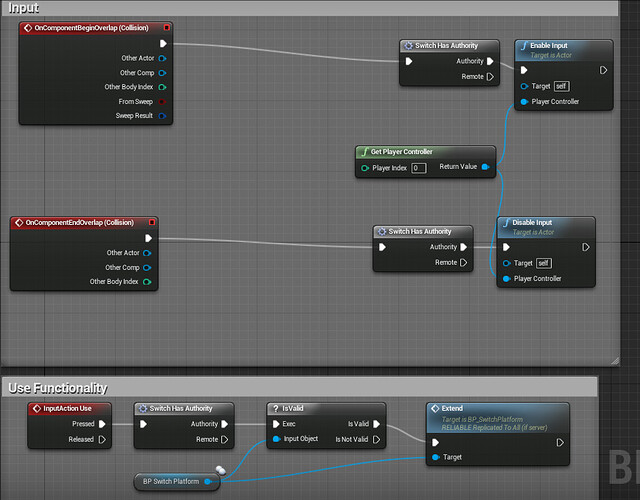 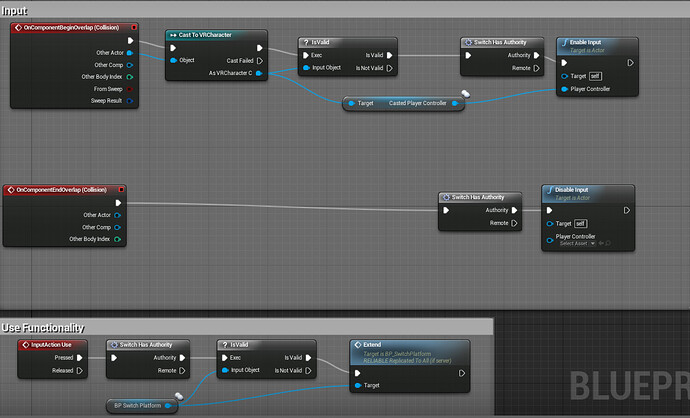 Any help one either of these issues would be greatly appreciated. Side note: I’m also using a Blueprint Interface (Interact) to communicate between the blueprints.

Bump … If anyone can link me to any other relevant post or answerhub bit or tutorial that would be helpful too!

Edit:
It would appear that I’ve figured out how to correctly get the player controller in the instance, after a bit of hunting around through the forums. Here it is:

The print string indicates to me that when the character overlaps the switch’s collision volume, it correctly casts both the pawn and the controller.

HOWEVER. Input on the client side of things still isn’t working, and I don’t know why. Any Help here would be appreciated

As I’m sure many of you have experienced, I just slapped myself in the face with a hearty d’oh!

The reason the platform’s movement wasn’t replicating to the client side server was due to the fact that ‘Replicate Movement’ and ‘Replicates’ wasn’t checked in the platform blueprint’s defaults.

However, I can’t seem to get the client to recognize the input action for activating the platform via switch. Some help here would be appreciated.

hi zombat, did you solved the problem ? i’m trying to do the same. if you can help I’d appreciate.