**If the address is not in the United States, please also provide:
**Phone number for lost postage reclaim
Tax or VAT number (if applicable)

did my pm work 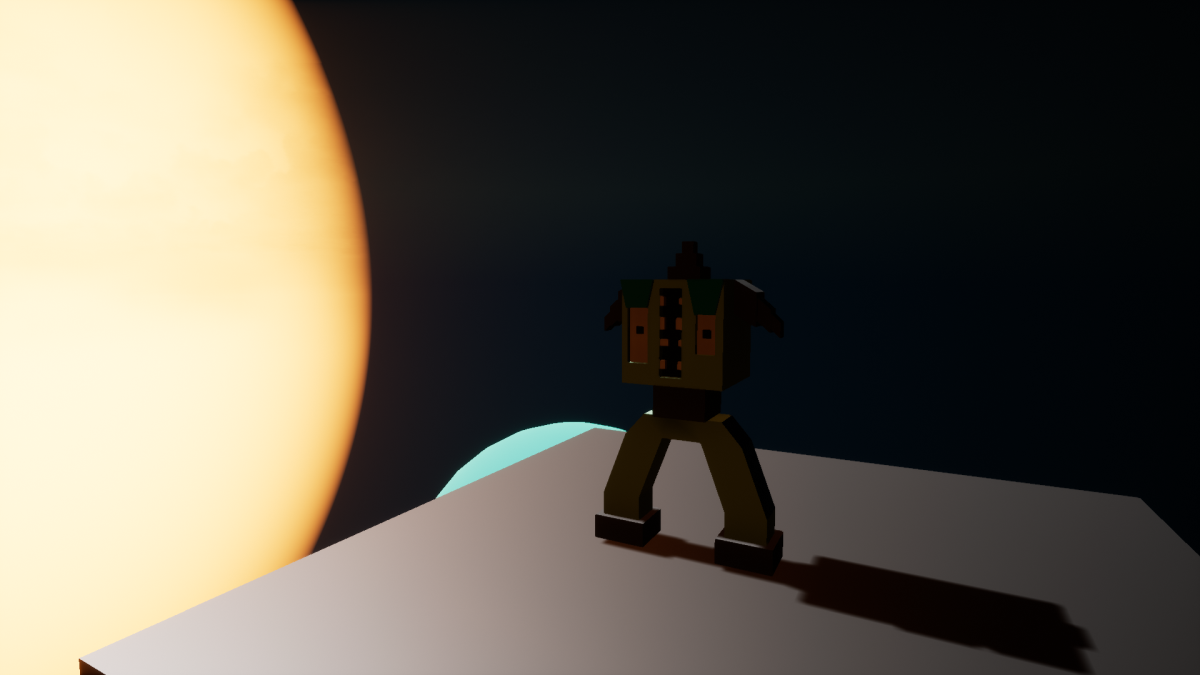 Another super early entry from me. Heading out of town tomorrow and I’m not sure if my internet will be good enough to upload a full UE4 project, so I spent ~10 hours straight today working on this to get done what I could. It’s pretty much done aside from some minor bug fixes and other minor details, and maybe some voice lines that could be added in. If I get the chance to work on this more and get it uploaded while I’m away, I’ll update this post & the GameJolt page. If not, oh well…

Link: http://gamejolt.com/games/AotMBatCIMA/265934
Team name: Connor and the Wigglywams
Team members: Nate and Connor (with some help from a few friends for some miscellaneous voice lines)
Name of submission: ConnorandtheWigglywams_AttackoftheMutantBunglesandtheConvenientlyInconvenientBungleInvasion (A mouthful, I know)

I used the Easy Save & Load, Advanced FirstPerson Character, and TaikuMenus 1 packs from the UE4 marketplace in the creation of this project, all of which were heavily edited or re-purposed. The Easy Save & Load pack was used for checkpoints and the end-game achievement. The Advanced FirstPerson Character pack was only used for the interaction/picking up item system, which was heavily edited. The TaikuMenus 1 pack was used for the main menu, using a heavily edited version of the Dark Kitten preset, with the background removed, icons changed, text added, and buttons changed/removed/rearranged.

If you want to see how this game relates to the theme (aside from the monsters helping you after you cure them), make it to the end.

The only required hardware is a mouse with a mouse wheel, and obviously a working computer with Windows…

This Is my first game Jam so I may be updating the game before the jam ends.

The game relates to the theme with it’s need to be connected to something (better to under stand if you play the game).

Mr Undertaker [FONT=Comic Sans MS]is a game of you playing as The Undertaker who has to kill the city police (Which seems bad) but they actually are Zombies, so you’re actually making the society a favor, Kill and deliver to the graveyard as much as policemen as you can in the short amount of time chosen but be careful because the floor is slippery, You have the ability also to open and close the back door of the Hearse.Have Fun being Mr.Undertaker.

How To Play:
WASD To Move, Right and Left Mouse Button to Open and Close the Hearse Back door to collect the dead bodies.
Link to a download of the game: http://www.mediafire.com/file/bvyrjou8446hob6/MrUndertaker_TheWarriors.zip
Team name: The Warriors

List of team members: 1, Me (Ue4Hero)
Name of the submission: MrUndertaker_TheWarriors
Extra Assets: Zombie PoliceMen is from Mixamo and Buildings from a ue4 template, the building and city assets from EpicGames Template.
Hearse from:Gothic ride - 3D Model - ShareCG
[FONT=Book Antiqua]The Whole idea is inspired by:

Requires a pretty beefy computer to run. Mine was only getting around 25fps to achieve the effect i was aiming at.

Theme interpretation: I interpreted the meaning of a “blessing in disguise” to be the act of finding good in bad, redemption in tragedy, or light in darkness. So, my game jam entry is about “Finding Light”.

Cook for the Giant (VR)

Cook for the Giant (VR) 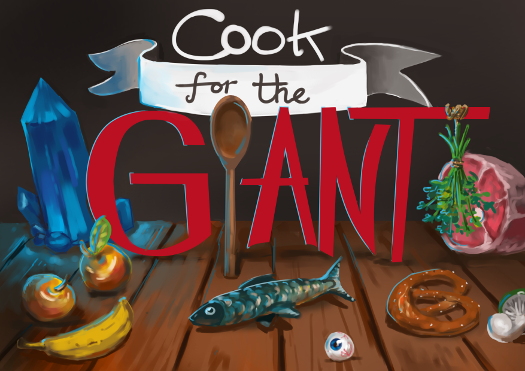 This is an initial playable version, the game will be updated one or two times until end of the jam! The game is free until at least five weeks after the jam.
Download Link: Cook for the Giant (VR) by Vhite Rabbit
This is a VR-only Game!

Submission Name: Cook for the Giant

Pre-jam Content:
We started off with a project containing C++ code which matches the VR template of the Unreal Engine (picking up objects, the blue hands and the hand poses) as well as some safety system which blends in Vive controller when they get to close to each other or the headse and a haptic feedback effect for picking objects up. All the other assets and code were created during the jam.

My first Jam ever and boy oh boy did I not have alot of time to do much but hey, life happens.

I got a fairly complete game but it had to be super simple for me to even finish it in the amount of time I had, but now it just sounds like I’m making excuses.

I took the theme as literal as I could, so the concept of the game is that you are Agent Blessing and you have to get into various disguises to avoid detection!

Of course the actual game itself mostly consist of basic shapes and Starter Content, but the gameplay is completely original.

How can I share my Android Project here ? Do I have to upload it on Play store or o can zip my APK + OBB files and you guys will take care of rest ?
Please respond as soon as possible.

Hellraiser
This is my first jam and finally I have done it! After days of hard work and thousands of issues first version of my game is ready!
Game has 2 big levels and great number of enemies. Also small story mode.
I enclose README.txt file.
CAREFUL game contains black humor 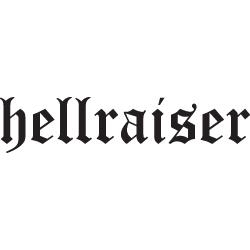 Through foul and fail
GameplayUniverse_Through_foul_and_fail

How do we project your theme onto our game?
You need to accept debuffs for yourself to give your partner a boost, but it goes both ways. Therefore it is a blessing with a bad side attached to it, even though the bad side only applies to your partner.

Idea:
This is a little puzzle game where you need to power up your abilities by decreasing the same abilities of your partner and vise versa in order to get through all of the six levels with your partner.
This is a co-op Game! You need a second player (local splitscreen) and a second gamepad to play this game with!

We created everything in Project on our self, except:
(Under CC) The Music: Peter Maze - Solitude | Jamendo Music | Free music downloads
A pre-build Post Process Shader that we modified

Here is my submission.

Game premise: You are hungry. Angry bees are between you and delicious honey. Can you make it through without getting stung? Bees - a blessing in disguise

Content Disclosure
Audio from 99sounds.
Textures from Textures.com.
Monster model made with Fuse, animated with mixamo.
Used the UE4 First Person Template as base.

You are one of the world’s most famous disguised men: Santa. Your mission is to bring your blessings in the form of a gift to a home, but you had best do so under the cover of darkness.

**Note: ** If you have a large room set up, you might fall out of the world at the spawn. Just move the Vive to the middle of your room a bit and hit space to reload the level.

I would like to submit my mini-adventure game named AnotherFace.

You just ran aground alone on an island. You will have to discover these mysteries to escape and try to come home ! 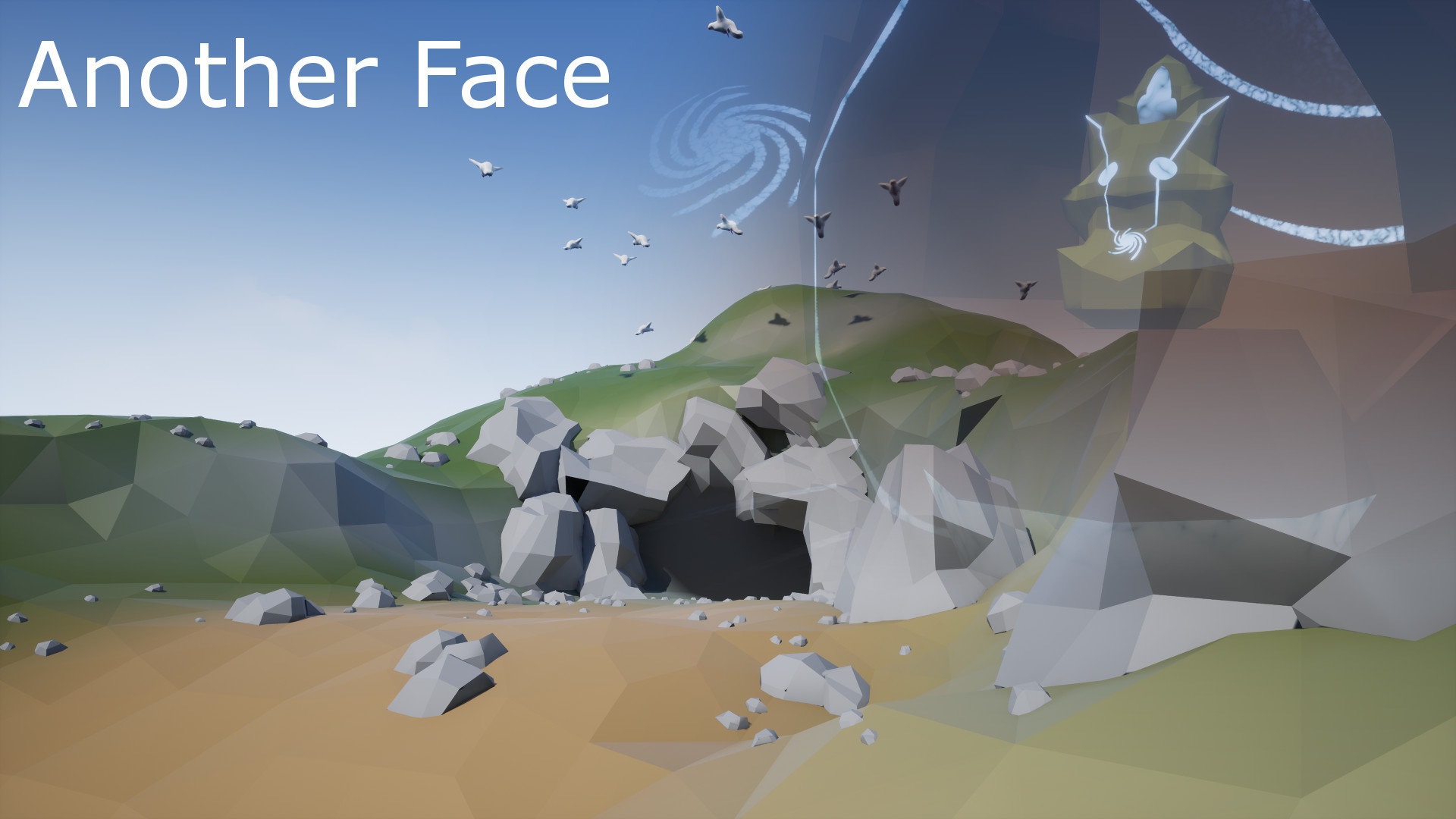 Link (finished on time) : https://drive.google.com/open?id=0B2ja7Y0iFenoUXFmZHpNcWYyNE0
2nd link to play more comfortably (contains a hotfix on an issue of the light that was really important to move forward in the adventure, and an issue at the start of the last cinematic - no additional content or code) : GameJamUE4_2017_AnotherFace.zip - Google Drive
Team name : BegounetTeam
Team member : Begounet
Name of submission : BegounetTeam_AnotherFace

List of all assets that were created outside of the game jam period :

Comments : It miss sounds and particles, but did not have time to do more ^^ 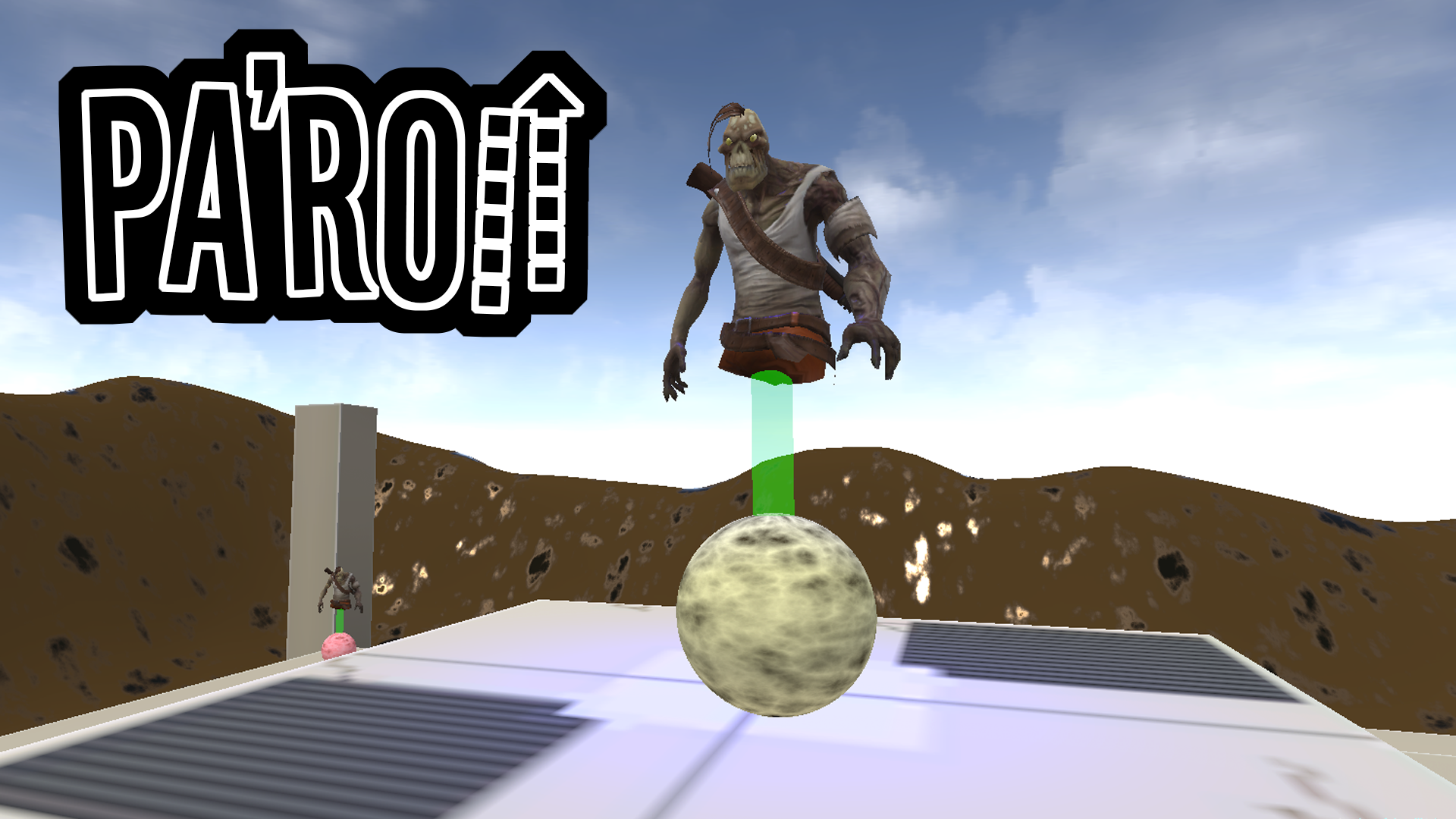 Link: Bear2_PaRoll.rar - Google Drive
Team name: Bear²
Team members: Backflipwolf
Submission: Bear²_Pa’Roll
Assets that were created outside of the game jam period: Characters and animation from Mixamo. (Albeit altered, remove legs and re-rendered skeletal mesh and animations personally) was only meant to be placeholder but ran out of time.

Premise of Game:
You are a prisoner, you have been granted the chance of parole. However as the prisons are vastly overcrowded new laws have been put in place.
To be eligible for parole you have to complete a series of challenges, these challenges will be broadcast around the world on live TV.
Oh and there is one other small drawback… You will be forever branded a criminal and your legs will be removed.

I ran out of time to work on this properly, Oh well I managed to get almost a full day of work into it. (For some reason since packaging the AI has broken and I have no idea how to fix it with the time remaining…)
It was fun, I may even continue work on this project and do a full release.

(OLD)Link: Bear2_PaRoll_OLD.rar - Google Drive (only use if new link is broken or game didn’t build correctly)

Enter Studios - Blessing in a Dice

This is my dice based Virtual Reality music app. It relies heavily on the new audio engine. All sound is generated by your computer, there are no samples.
You need HTC Vive and two motion controllers to play it. There is a tutorial inside the app. 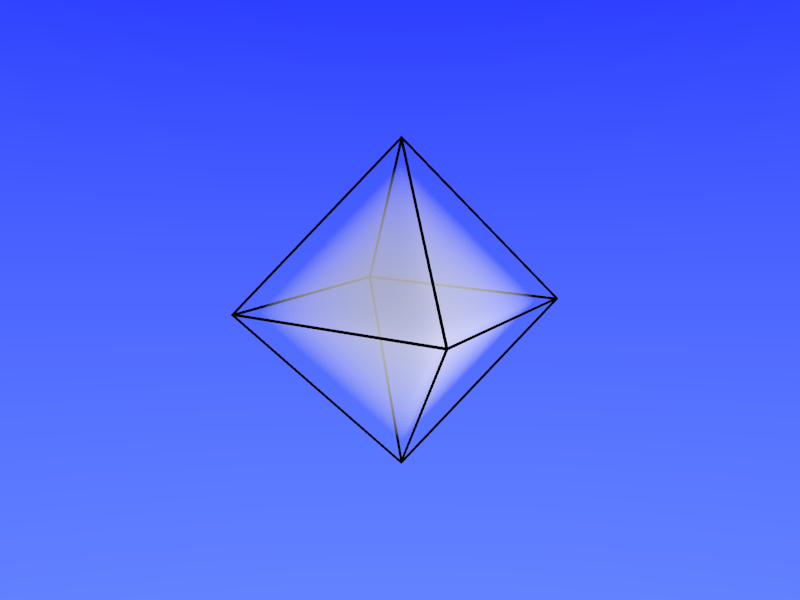 Link for Win64 (may get updated): CoffeeCupEntertainment_GlückImUnglück.7z - Google Drive

Assets that are not made by ourselves: (List is also available in the credits of the game, right in the main menu)
Character from Opengameart, with modifcation
Character animations from Mixamo
Sound Effects from Freesound.org

The rest was self made by either me or Quentin.

Story:
You are flying on a plane, plane wing explodes, you get sucked out and now need to open Luggages in order to find a parachute in there.
The game gets harder every round, and quick reaction is key to success.

Controls are explained ingame in the options menu.

Link may get updated before deadline.

All assets, textures and materials are our own work and created within Game Jam’s Time/Period, we just use the thirdperson template(but we didnt use and asset of materials in starter content).

[Story/Plot]Spoiler
You are a grim reaper collecting souls. People/Other thinks only that you are a bad person/creature. But you are only collecting lost souls to guide them(“to heaven”).
#Blessing in Disguise

P.S. We are students from PH and this is our first game and first Game Jam. We are beginners just self studying using internet