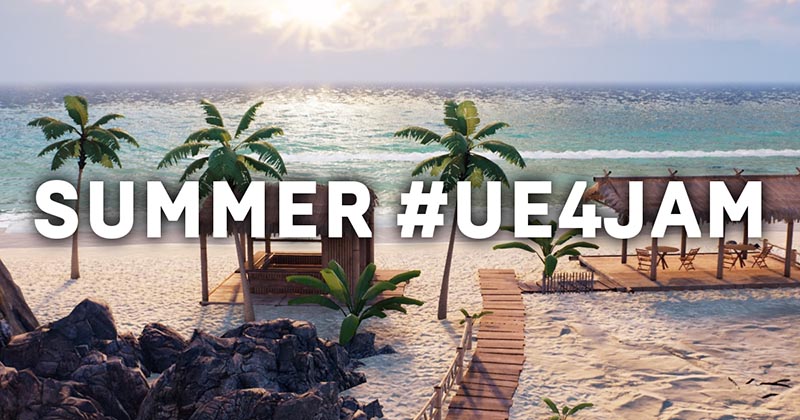 WHAT
After our jam teams worked tirelessly on over 120 game submissions, we’ve played them all and will be announcing the winners of the Summer UE4Jam. Tune in to find out who won and to see all the fantastic games that you, our community, created in mere days! Will there be, or has there been, a playthrough of all games? Or will it just be the winners shown in todays stream? If I recall from a previous gamejam there was a long stream where someone played through all the games

@uunx yes, Victor Burgos has played all of games, except VR and unplayable on his twitch, check out here: Twitch

@uunx yes, Victor Burgos has played all of games, except VR and unplayable on his twitch, check out here: Twitch

I played the VR ones. Didn’t get to play Android though. I’ll have that up and running next time though.

All submissions will be featured in a highlight reel posted to our YouTube and shown on Twitch.

i would like to see “Best Cinematic” video from winners list. i already downloaded it. it is EXE file and once i run it show only one frame with one character… nothing else… it would be nice if you can show it as video for all users…

There were a small handful that we could not record for various reasons… Which title was yours?

There were a small handful that we could not record for various reasons… Which title was yours?

My game wasn’t playable on the Twitch stream, which was a bummer. I later put up a working link. It looked like the judges got it up and running since I saw gameplay of it during the live results. I should’ve included instructions in the game though (had instructions on the forum post, could’ve explained it better) Based on the short clip of the game during the show, I’m worried the players/jduges got stuck near the beginning and that most of my work was unseen. Oh well, lesson learned for next time. It was a fun experience and the winners all seemed great. I look forward to participating again in the future.

In fact, I think that the video with all the games was cut before its end which is sad…