Welcome to the UE4jam! Every quarter Unreal Engine hosts the UE4jam to give developers a chance to polish their skills and compete for awesome prizes!

THE RULES
Work alone or with a team (up to 5 members) to make the most incredible project based on the theme in Unreal Engine 4, and submit before the deadline. Please read all of the details for how to participate!

PROJECT REQUIREMENTS
Here’s the list of submission requirements to win a prize:

**TIMELINE DETAILS AND HOW TO SUBMIT AN ENTRY **

In Unreal Engine game jam tradition, we’ll be kicking this one off and announcing the theme on the livestream on June 29th at 2PM ET](http://www.timeanddate.com/countdown/to?iso=20170629T1400&p0=207&msg=UE4jam+Theme+Announcement) and giving participants a few days to create and submit an awesome game built in the engine. The SUBMISSION THREAD will go live and be available just before the theme is announce. The jam ends on Tuesday, July 4th at 2PM ET](Time since Jul 4, 2017 2:00 pm started in Raleigh).

Then, PM me the following information:

A small panel at Epic will judge entries on the following criteria.
Major Categories:

Winners will be announced on the July 20th Unreal Livestream which starts at 2PM ET. 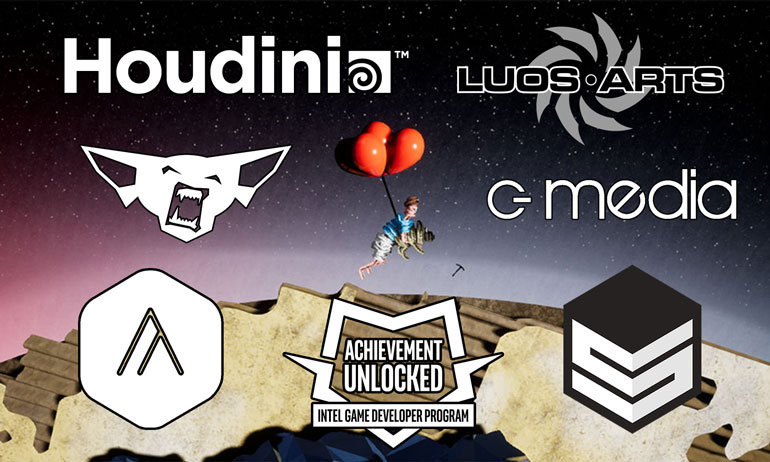 All members of the teams who win the Major Categories will receive a 730 Series 2.5 480GB SATA 6Gb/s MLC Solid State Drive provided by Intel’s Achievement Unlocked program. Join them and sign up to receive monthly game developer content, special offers, announcements, and news about events like the Level Up contest.

In addition to the Epic Swag Box, each member of the winning teams of the Major and Specialty categories will be receiving a one-year Houdini license provided by SideFX. Houdini is an amazing tool can be used with UE4 through the official Houdini plugin.

Kubold is providing 8 animation collections from their humanoid Marketplace animation packs. These animation sets are built for movement and all sorts of combat; fisticuffs, swordplay and firearms! They make a fine addition to any game.

Synty Studios joined our sponsors for the Summer Jam and will be providing their Marketplace packs to the UE4jam finalists as well. There are several awesome collections of models that can be used over a wide variety of projects. Their simply designed characters and environments are great for stylized games or prototyping.

Luos Arts is run by Yoeri Vleer, who is well known for his particle effects. Luos Arts is contributing prizes to all category winners, who will be able to pick 3 of their packs from the marketplace as their reward! Please take a look at all of their packs on the marketplace. Also be sure to look into Yoeri’s youtube page and twitter account for more particle effects.

All participants of the UE4jam will be given access to Assembla’s platform for game development teams to build iterations of their game using their Perforce repositories. As a project management platform, Assembla is an effective asset to any gaming developer, and we are excited to watch Assembla’s continuing emergence within the game development community. To get access to the Perforce server, PM me that you will need access and your team’s email addresses. Please also check out tutorials on using Assembla and Perforce beforehand.

Assembla is the task and code management tool that enables game developers to manage their entire game project in one place. As the only on-demand Perforce provider in the cloud and the #1 SVN hosting provider in the world, developers all over the world choose Assembla for their high performance and security needs.

Participating Teams
In order to streamline the playing, judging, recording, and winners announcement process, we’re requesting that teams participating in the jam let us know beforehand in order to prepare appropriately for the event. We’ll update the list with links to the games afterwards, too, so everyone can find your title without having to scroll through the whole thread

Pre-registration is not required for entry, and we know people will come in later, but it will greatly aid us in turning everything around quickly. We appreciate your help in making this event awesome

Please send me a PM with your team name and number of team members and we’ll get you added to the list! If you have not made enough posts to use the PM system, then feel free to post in the thread here instead.

according to my Calendar - Tuesday is the 4th & the 6th is on Thursday, but my calendar may be wrong. lol

PS: July 4th is Holiday for us in US too btw. in case you forgot! lol

PSS: the extra days will be great for the Jam too, imo. great idea

according to my Calendar - Tuesday is the 4th & the 6th is on Thursday, but my calendar may be wrong. lol

PS: July 4th is Holiday for us in US too btw. in case you forgot! lol

PSS: the extra days will be great for the Jam too, imo. great idea

Hey! Yeah, the 6th was a mistake. 4th is a holiday for Americans but the 5 days before are all open times to submit as well.

Yep, we’re changing based on the feedback that we should go Thursday to Tuesday since that syncs with the livestreams anyway. I always try to reiterate that we’re listening and willing to change to make the Unreal experience… unreal… ok I’ll show myself out

I offer my modest skills on ue4 , I have some skills on BP , behavior tree , also do pixel art and voxel models and chip tunes 8 bits if its helps . I want to participate on a team. So let me know !!

Woo-hoo, just as the Ludum Dare 38 hype dies off, The UE4 Summer Jam is here!

I must say, this was my first Ludum Dare, and I think Ludum Dare does a tremendously better job that the UE4Jam at gathering constructive feedback and visibility for game entries. Does Epic have plans to increase community involvement and feedback for UE4Jam entries, or is it mainly about the swag? I really enjoy what Epic has setup here, but it seems like there’s little visibility for submissions unless a fellow developer does a stream or they win a category.

This is perfect timing…I am just getting some old buddies back together for development. The Jam will be the perfect way to streamline our workflows. Will definitely be getting submission details to you guys soon.

great to see the android category is back

Bob from Intel here again. The Level Up contest is closed for the year, but I we’d still love to see you over at software.intel.com/gamedev.

I’m looking forward to the Livestream, I should be in the Twitch Chat. You can also grab me on Twitter @BigBobGardner. Looking forward to seeing what you guys put together, the Spring Jam was awesome.

Our team would love to participate, this will be our first jam!

I want to participate to so if you want we can work together why not ?

Im new here. Can someone give me suggestions on finding a team or members to work with me?

Hey there @alexander paschall sign me up! (1) (Gravity Labs)