Go HERE TO PLAY THE ALPHA!

On the outskirts of the Arctic circle, deep within the bowels of a Russian Nuclear Icebreaker;

There is nowhere to run…

Stowing away MAY BE the craziest move you ever make, but as you explore each deck of the “NS Polaris” and uncover its twisted underlying intentions, you will kind of wish you’d stayed at home.
Using Epic Games’ next generation Unreal Engine 4 your experience will be visually stunning and expertly crafted, resulting in intense levels of immersion throughout the entire game.

With inspiration from games like Amnesia and Outlast; this horror game plans to leave you with an unrivaled fear as well as an unmatched desire to know more…

This game is entirely made using Blueprints and Behaviour Tree’s there will be more to come demonstrating our use of these features shortly.
Its still early days and with only 2 of us on the Team its a lot of work stretched between us; we plan to release the game episodically and take with it all those benefits, such as;

It allows us to avoid putting all our eggs into one basket and instead show you all the game early, get feedback and improve on the upcoming Episode.

If you have any questions or queries please post them in the comments below,
We will be updating this as regularly as possible, and even more so If we feel the project has enough of a following to warrant a Kickstarter.

If you do like the look of the game, please support us by leaving a RATE, FAVOURITE and COMMENT on our Greenlight Page.

I love horror and horror games. This looks really cool. I like the setting and your screens are lookin good.

Definitely has that creepy vibe just by looking at the photos. Great work so far Nemecys! Be sure to keep us updated as you progress through your games development.

I love horror and horror games. This looks really cool. I like the setting and your screens are lookin good.

Yes, good to see another fan of the genre :), glad you like the look just from the screenshots.

We are unfortunately in no position to afford the Tech, but we are keeping it in mind and its definitely something I am passionate about integrating.
Currently looking into its requirements so we don’t design our character in such a way that its not a possibility.

Definitely has that creepy vibe just by looking at the photos. Great work so far Nemecys! Be sure to keep us updated as you progress through your games development.

Awesome, glad to see that feeling is creeping through in the pictures already,
We plan to, We look forward to hearing all of your feedback as the project develops

Just a small update this week,
Thought we would take the liberty to show you one of our testing rooms and some of the mechanics we have been working on.

Excuse the lack of audio, Microsoft Encoder doesn’t seem to capture it well.

In order of appearance you can see the ability to;

Mechanically sound, but visually some are in need of tweaking, namely the drawers as they feel a bit unnatural right now.
There are plenty more mechanics to come, some of which already implemented but not really solid enough for demonstration yet, such as;

Please leave any feedback, critique or advice below; we would love to hear what you guys think.
If you are interested please show us some support on our Greenlight page and be sure to Like the Facebook page for regular updates

Hey! The game is looking awesome! If you don’t mind, could you maybe explain how you setup picking up, dropping, throwing, and pushing objects? I have a simple version of the feature setup in C++, but it doesn’t look as good as yours. I’ve passed on finishing this feature in my game last month to work on other features. I’d really appreciate it. Anyways, the game is looking great, and I cannot wait to see more!

Hey! The game is looking awesome! If you don’t mind, could you maybe explain how you setup picking up, dropping, throwing, and pushing objects? I have a simple version of the feature setup in C++, but it doesn’t look as good as yours. I’ve passed on finishing this feature in my game last month to work on other features. I’d really appreciate it. Anyways, the game is looking great, and I cannot wait to see more!

Hey Thank you for the compliments, we really appreciate the support.
Sorry to hear your having a few troubles with your mechanics, Due to the fact this is a blueprint based game there is no C++ ; In fact the way this system was built was by taking the original existing Player character from Epic Games own Content Examples.
It wasn’t our favourite idea, but to prove our concept there was no time to re-invent the wheel and on that same note, the system they developed was moderately complex so I haven’t been too indepth in it yet…

Basically, It works based on a trace, that Fires from the player, Hits the object, then checks to see what “Tags” the item holds, Then outputs those as boolean, this allows the actions to change based on the item, whether it be a “PICKUP” or an “ITEM”.
You referred to “Smoothness” this is something that I have no control over but seems to be a pre-configured node in the Blueprint. These are referred to as “PhysicsHandleComponents” so i assume within this node is information to link up its position and interpolation. If you meant the control scheme that is something that I tweaked to suit our game, so its a click and hold system, not a click to hold and click to release as originally designed by Epic.

Links below and in the Text to help you understand,
These can be found in the Players of the Content Example Maps 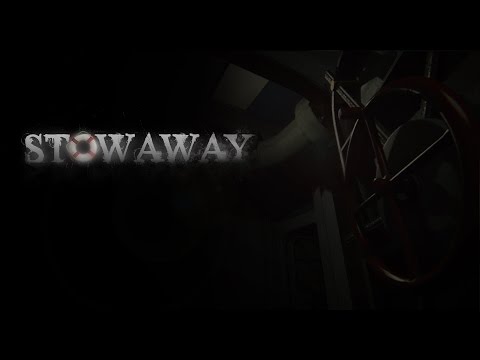 Small teaser trailer we made to see if there is a market for our game, we plan to release a more gameplay oriented one soon.

We would really like to hear any feedback you have to offer,
and if you want to help support us please check out our Greenlight page.
Our other pages are in my Signature

That teaser is pretty nice, looks like a very interesting upcoming game to me.
I’d definitely like to try it!
Keep going with your work and show us more exciting stuff asap!

Also, thanks for the help!

Looking good, love the horror genre! Keep it up!

Glad to hear your all interested and dare I say excited to see more,
We would love to hear of any feedback from experiences in other games in this genre,
Loves and hates and what not…

So feel free to leave any kind of ideas, mechanics or feedback for us to look into or possibly correct.
We can post more regular videos we are just unsure of what exactly is worth showing,
So feel free to ask and we will show what we can.

Small Update of some of the new assets props and lighting we have set up in the game,
Would love to hear some feedback

Glad your enjoying the work and progress so far,

Few shots of some of the assets John ( Environment Artist ) has done to show off his textures and models.
Hope this gives you some more interesting Insight.

Was wondering can you give any insight as to how you got started and what your motivations were in creating this game and idea? for a two man team its fantastic work!

Was wondering can you give any insight as to how you got started and what your motivations were in creating this game and idea? for a two man team its fantastic work!

We both attended the same University and entered the MSUL 2013 contest together, since then we’ve worked together helping each other out with our flaws.
We were motivated by the lack of interest from companies in our portfolios, while I also had an aspiration to create a small indie company freeing me from being cast SOLELY to one roll in the company. This is because i find myself a jack of all trades and someone who likes the control of a project.

The idea for the project came when UE4 was released and I saw the dynamic blueprint system. With my very limited understanding of coding and the vast tutorials released I found myself drawn to this EXACT FEATURE of the engine. It felt like it was designed for minds like mine who waver easily and want a piece of every cake.
The game idea sprung from a few simple ideas and benefits from the Horror genre, such as; Dark lighting/ambience = a bit of leniency when it comes to bad unwraps or textures (which just turns into a quicker dev cycle), We both enjoy horror and the horror market is quite light as of recent years and the horror games that do come out, really are amateur in terms or visuals and mechanics. So we found our niche where we could work on our High quality realistic models and textures and incorporate smooth simple and interesting mechanics with dynamic features.

The idea for the setting came from a bit of brainstorming, and comparing between current game locations, where they went right and where they went wrong. As well as just something unique and a bit more interesting, with the abiltiy to be extended upon if we get the money/time/manpower. An example of that would be the “Watertight Doors” they currently just function as doors, but with the ability to turn and lock the handle independent of opening the door, this could lead to a great mechanic for evading monsters or enemies, and add a whole new depth to the chase/hunting/fleeing states the player may be in.

From there it just kept growing, the enclosed space allowed us to have control over all power in the ship, the size of the ship allows for both vertical gameplay as well as, vastly differing room shapes and sizes. Ironically, all we have to show for the moment is art and that is entirely John Ravenhall’s department, his work has massively improved since we began. So im glad that people are finding the project interesting, we plan to polish off the experience a bit more before Christmas and hopefully have something a bit more substantial to show off in terms of gameplay.

But until then we appreciate all the feedback and support people are offering, the more exposure and responses and questions we get, the more motivation that gets fed into the project and in turn us.
So, Thank You

The lighting in Unreal 4 and the way reflections work on the new materials is just a dream. I am not getting bored with watching updates on any of the U4 projects, it’s just all so nice to see! It’s really crazy. With this engine I just wanna keep exploring features and trying things out. It’s just an incredible piece of technology, Epic is giving us to play with

And the best thing is - it’s really stable. I haven’t had any crash using CSG lately (which UDK gave me plenty of), the shader creation and tweaking is mad fun and the whole thing just works beautifully. I believe this engine is already legendary and it will give birth to legendary games! Maybe your’s can be one of it :)!