Normally a static mesh’s dynamic shadow remains when the mesh is out of view, as long as the mesh’s shadow is still in the camera’s view. However, after enabling and building Hierarchical LODs, this is broken. As soon as a static mesh is out of the camera’s view, its shadow disappears. This results in shadows popping on/off in the camera’s view as the camera moves. This appears to even happen to static meshes that do not have auto LOD generation enabled. I would like to use Hierarchical LODs in my project to improve performance, but this bug is preventing me from doing so because the shadows popping on/off looks awful.
I initially had this issue on 4.8, but reproduce it in 4.9 and 4.10 preview. I attached a screenshot to try and show what I’m talking about. 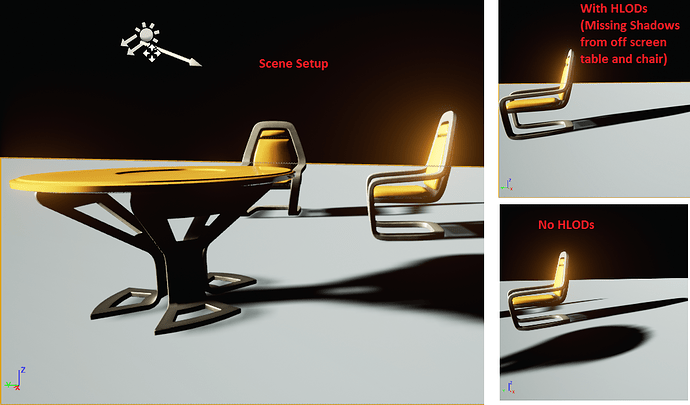 This is a limitation of using HLODs at the moment. It is a newer feature and there are still improvements to be made.

A feature request has already been submitted to add this to the HLOD system with UE-22627.