I thought it would be a good idea to create this thread about a new game I am (trying to) develop. I’ve been working on the concept and fleshing out game mechanics and ideas for about 7 months now, and have just decided to take it into development, nicely coinciding with the new UE4 release!

I’ve been playing around with modelling the concept levels in Cinema4D and am going to start work on getting the level built and running in UE4. Going to be looking for some help in the future, trying to get the game to a stage where I can run a crowd funding campaign to try and raise some capital to develop it into a complete polished game.

The game will be a Platform Puzzler which takes place in towers, with cleverly designed 360° levels that will rely on the player to take note of their surroundings, see visual clues and use these to unlock each level. There are other gameplay mechanics which I will hold onto for now and reveal them a bit later.

Here is where it started - some sketch work and basic level design testing.

Would love to get feedback throughout the development. If you would like to get involved please send me a PM and we can chat, I can send over the GDD and NDA stuff. I’m an artist so am going to be struggling a bit with coding aspect, but am going to give it my best until someone steps forward, or I have funding to hire a team.

I am liking the spiral platform design. Pretty sweet, I am digging it.

Thanks Ryzon! Yes I think it will make for some interesting puzzles

i really like the base idea, cant wait to see how this goes along

I like this kind of 2.5D kind of platforming.

One game which did this i think quite well on the PS2 was Klonoa_2: Lunatea’s_Veil.

Lots and lots of fun.

Great reference, thanks! Exactly what I’m going for - I’m going to look into cell shading in ue4 as I’ve always been a fan of the style.

I like this kind of 2.5D kind of platforming.

One game which did this i think quite well on the PS2 was Klonoa_2: Lunatea’s_Veil.

Lots and lots of fun.

Here’s the start of the first prototype level. Just trying to get used to the UE4 interface and finding that my current machine is a bit sluggish. Do you think it is best to try and make this kind of level stuff in UE4 or to model it outside of UE and then import it? Really got to focus on getting the curve of the back walls as near perfect as possible.

Here’s the start of the first prototype level. Do you think it is best to try and make this kind of level stuff in UE4 or to model it outside of UE and then import it? Really got to focus on getting the curve of the back walls as near perfect as possible.

I think UE4’s main element is kind of level design and seeing the pictures look so nice I would stay in UE4 for level design, good luck (game sounds awesome and unique).

Thanks thingimibob. Do you know if UE4 has a way to make curved walls, or at least a smoothing function to get rid of the facets you can see created by the polygons on the cylinder radius?

Thanks thingimibob. Do you know if UE4 has a way to make curved walls, or at least a smoothing function to get rid of the facets you can see created by the polygons on the cylinder radius?

What if you only create that cylinder in a modelling software so that you have a nice mesh for the background and keep the level design in UE4?
Or You could just increase the amount of sides, it shouldn’t have that much of an performance impact and once you put a texture on it you won’t notice it that much anymore.
Maybe you could create a normal map to blend with your wall texture, whichg kind of pulls out the sides of every facet?

Hope that i could help

I like the idea of the normal map, and creating panelled curved walls - going to do some more tinkering and still trying to find a safe and problem free way to get my C4D content into UE4.

Level design coming along. Managed to get models from C4D into UE4 - just having some issues now with the light mapping - you can see it’s well wonky in these screens. Also started playing around with some post effects. 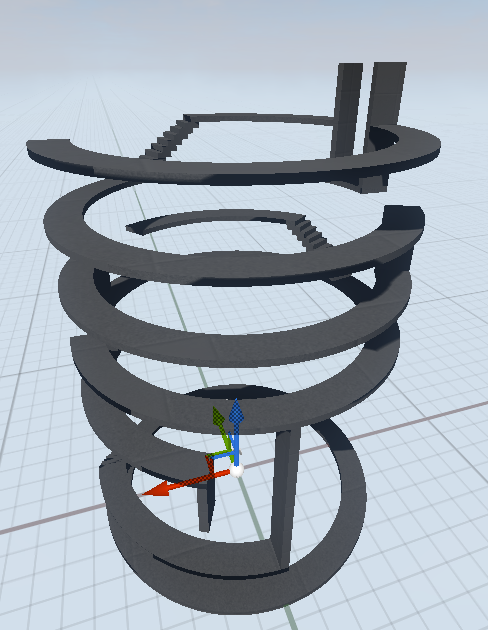 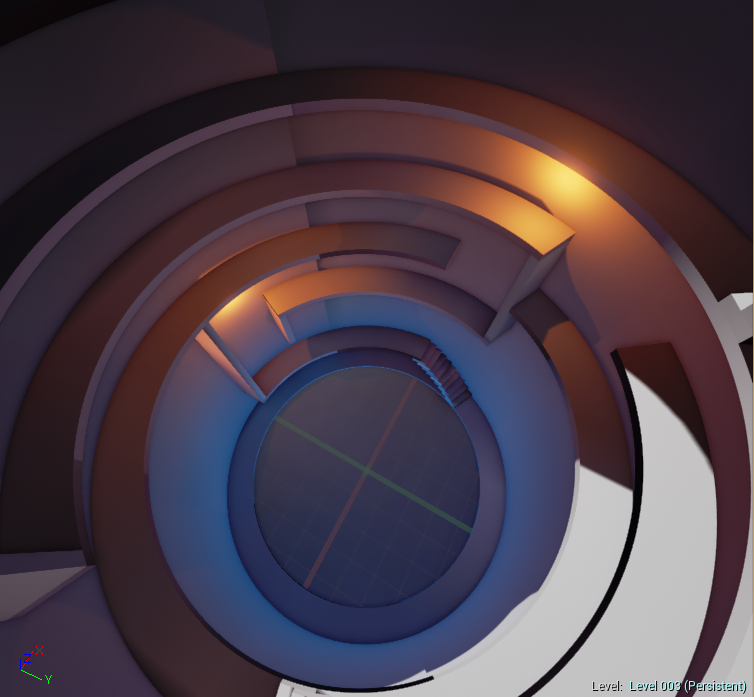 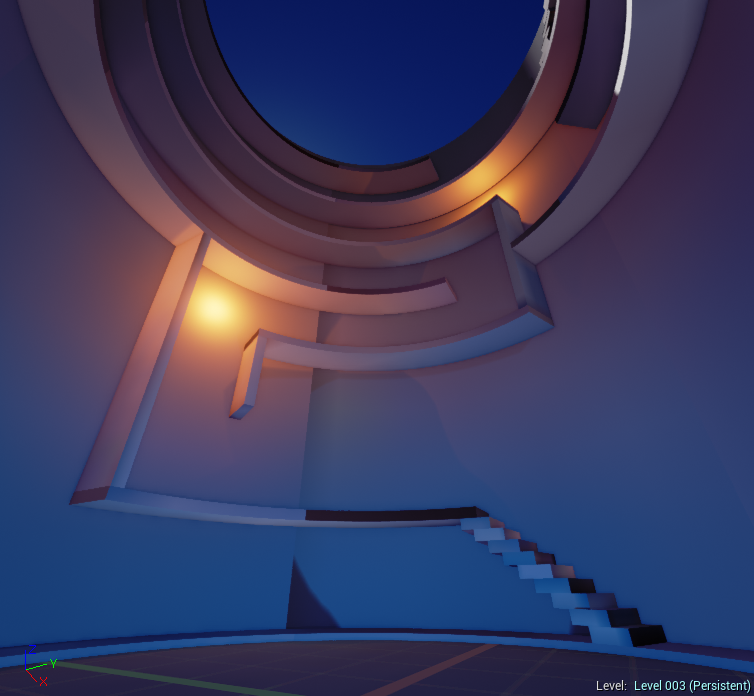 No texturing yet, I first want to get the level design done, and make sure lighting is working properly before delving into textures.

p.s. The actual levels are going to be about three times the height of this. 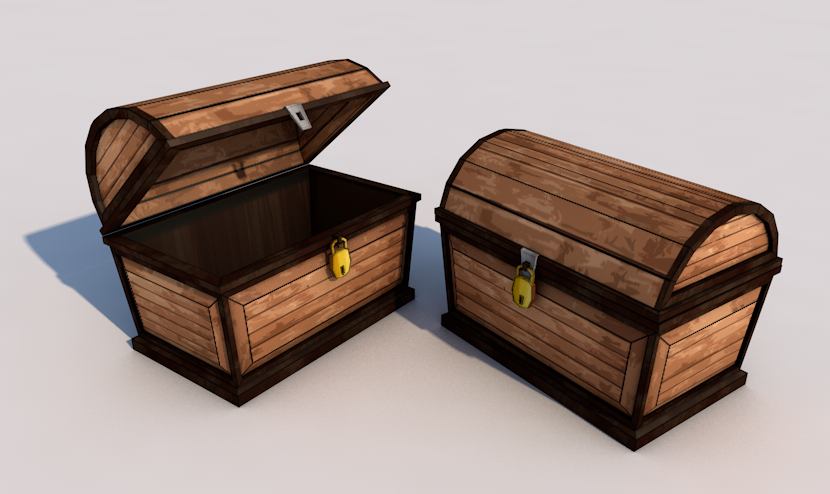 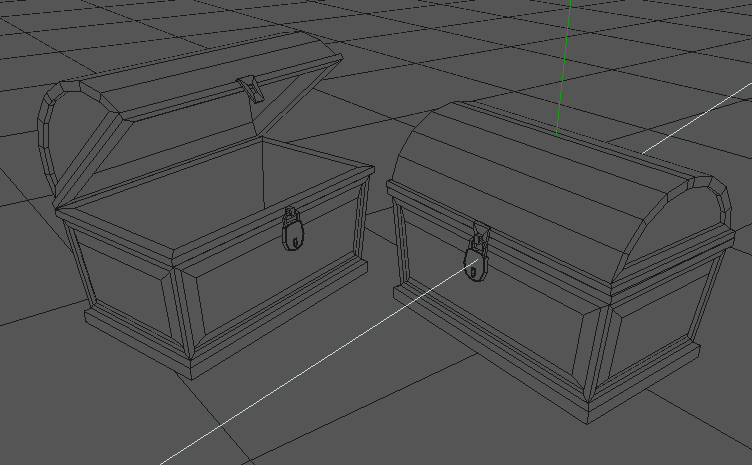 The size it will be in the actual game (during gameplay)

Some updates. Finally sorted out the importing from C4D issue and the light mapping issues - very pleased with todays work. Would love your feedbacks. 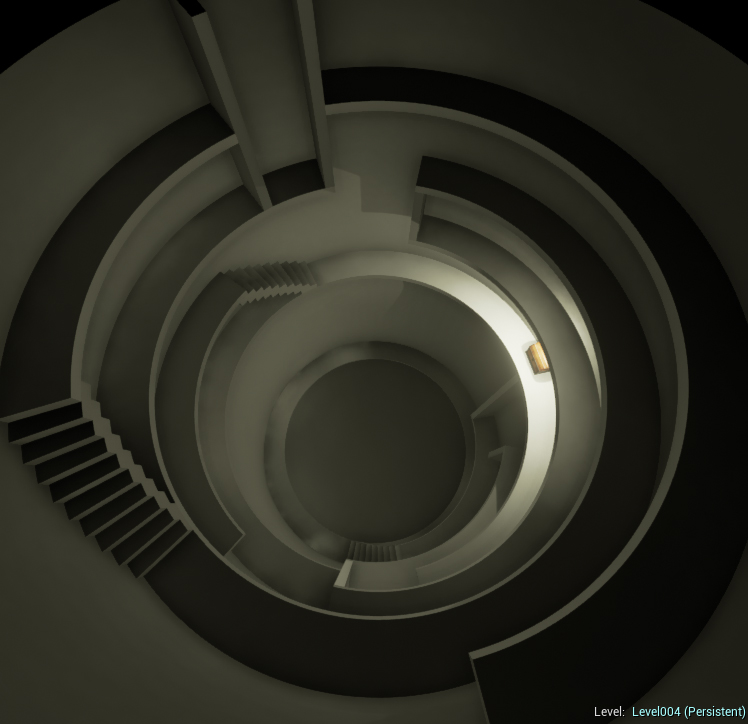 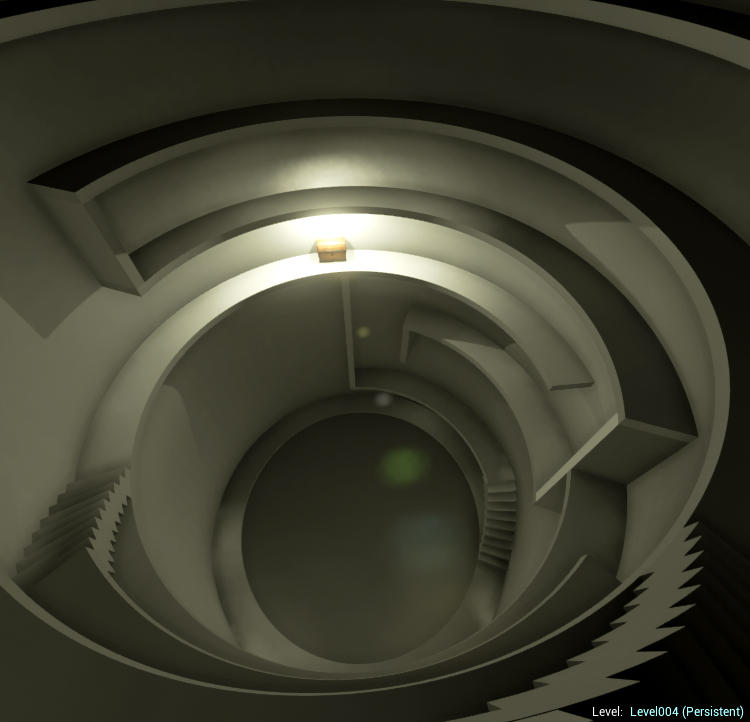 My new chest asset imported into UE4 like a dream. 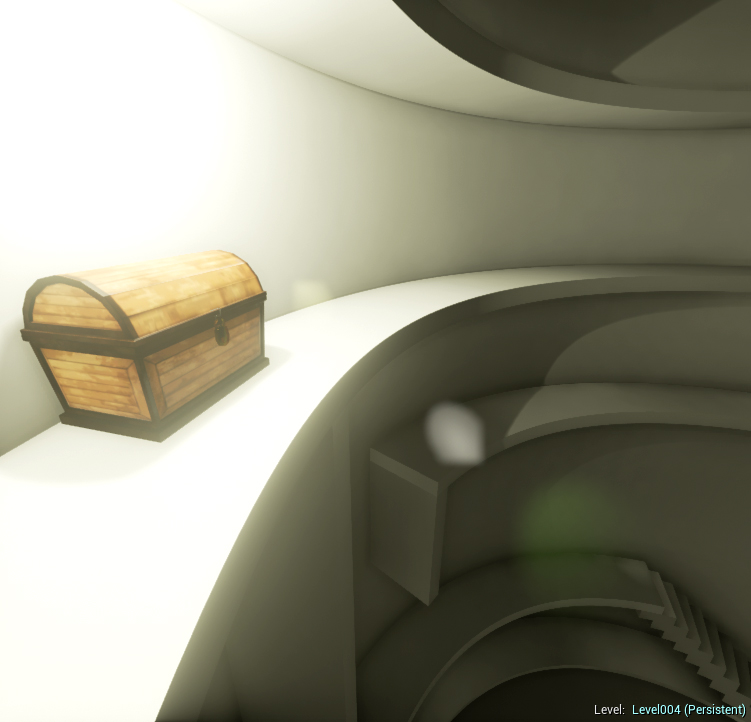 Looks great to me, keep it up

And which way did you choose to do the background? Looks like you modeled it?
And your Chest-Mesh really looks awesome, can’t wait to see more of your stuff

Hey Leonard, yes I decided to model it in Cinema4D to get it nice and smooth and consistent with the rest of the level geometry.

An update to the game logo below… 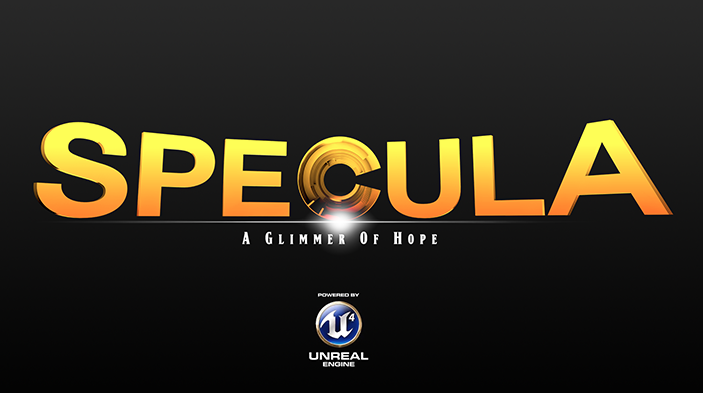 That logo looks awesome, what did you make it in? (I’m kind of looking for a program to make logos and banners and stuff for my game). :o

Great looking start too your game! Love your progress. Keep it up man

Thanks** thingimibob**! I am a designer/artist first and foremost so graphics / logos etc are really easy for me to do. This was made using Cinema4D and Photoshop. Regarding programs to make logos and banners… um - Photoshop is probably your best bet, but you would obviously have to make the logo yourself using the software.

Meathead, thanks for your comment! - I’m enjoying learning UE4 and having this community to share stuff with as I progress makes it all the more worthwhile.