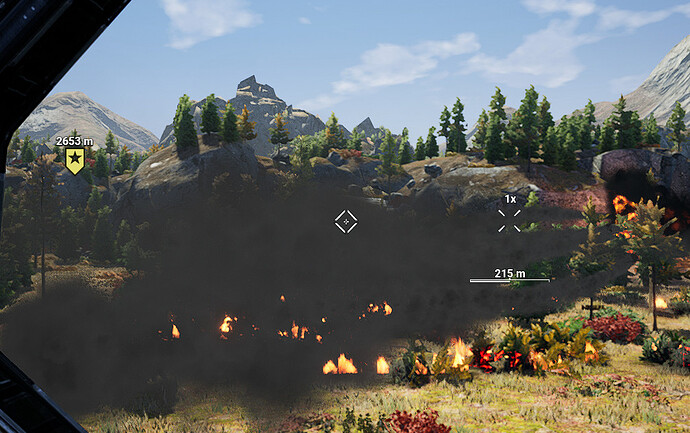 Anyone? There has got to be a solution, else missiles would be a non-starter in unreal engine?

pretty sure theres a sort order setting when you click the emitter in the scene. I cant recall was a long time ago, but there was a numeric value to decide which one should render above the other. Not sure if that helps for this situation or not. I used it on a waterfall for mist with wave foam on the water surface in the past.

The particle systems aren’t in the scene until missiles are launched, so that’s a no go. I found the sort translucency node, which is better than nothing, but it sets sorting for every particle emitted. I guess I have two options: make the trails transparent for things far away, or allow the trails to block things that are actually closer to the camera.

Is there a way to occlude based on individual particle distance to the camera? (not particle system distance or sort order)