**Big news! We are on Kickstarter again, stronger this time around! Care to check us out?
**

Here’s our newest trailer! Our public playable demo is about 2 weeks away :).

We reworked our entire animation and inventory systems and have added the first incarnation of the Presence, a dynamic AI that will haunt the player throughout the game and act as the antagonist.

We were succesfully Greenlit in June, so we’ll be on Steam.

Back in October 2014, me and a friend of mine set out to fulfill a dream of ours, which is to create a videogame. We had several ideas to go along with, but in the end, we decided to go for a type of game we have always loved: a story-based survival horror.

*It’s an ordinary Friday in the life of Daniel Noyer, washed-up advertiser and former entrepreneur who has fallen on hard times lately. Currently the lowest of the low at a publishing house, you receive an urgent yet seemingly straightforward assignment: to find the company’s most important client, the renowned writer Sebastian P. Husher, who hasn’t been heard from in weeks.

Upon your arrival at Husher’s mansion, you realize something’s wrong. The lights, still turned off at the onset of nightfall, reveal that no one is home. The dog, warned about at the entrance, is nowhere to be found. The main door, left ajar, hints at a hallway drowned in shadows.

And an eerie, haunting melody, pierces a thundering silence.*

Song of Horror will have little to no action in its gameplay: we aim to thrive on defenselessness, character frailty (dying in Song of Horror will be quite easy) and psychological terror in order to generate the game atmosphere. There will be no physical enemies to speak of, but instead, manifestations of an unknown entity can and will haunt the player. We also want to introduce a very subtle roguelike touch (You will have several characters available per chapter, character death is permanent except for the protagonist, and the characters who continue in the game and in the story will be the ones who survive the ordeal).

The game is still in an extremely early stage of development (we began working on it full-time in October, green-as-summer-grass rookies to boot), but we are learning and improving quickly thanks to UE4’s many tools and the community’s wonderful tutorials. It is being developed 100% in Blueprints.

We have decided to go for a cinematic approach and, thus, have chosen the third person perspective. The cameras are already implemented, and are meant to be fully automated. They range from static but rotating “security camera” types to spline-based customizable mobile ones which adjust to the player’s position in the way we see fit. I intend to post a little video of them working, although the character will probably still not be animated.

Here are a couple concept arts… 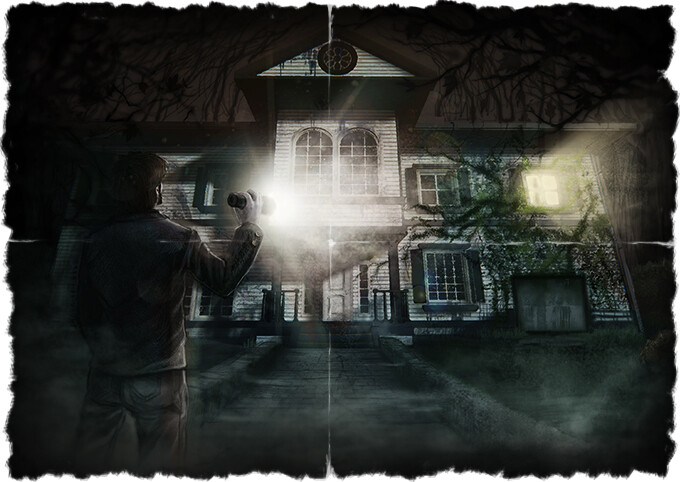 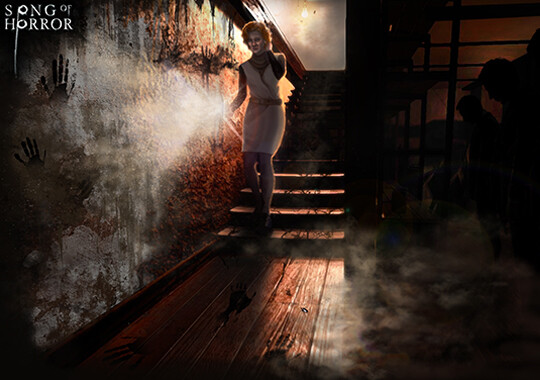 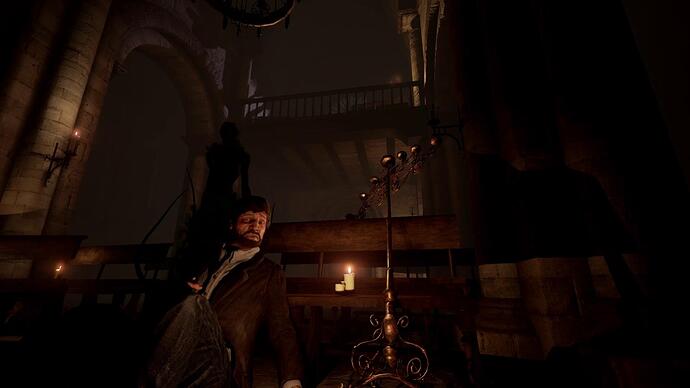 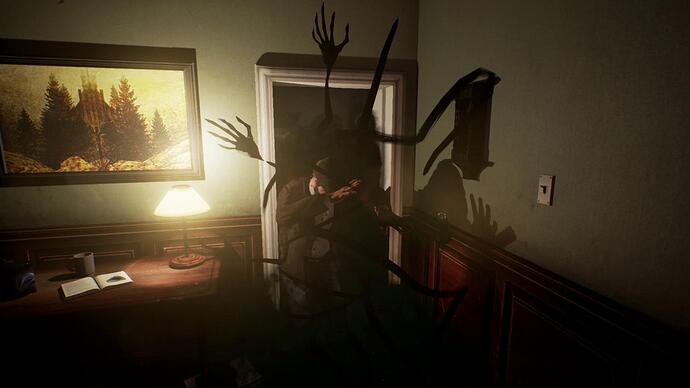 little to no action in its gameplay: we aim to thrive on defenselessness, character frailty (dying in Song of Horror will be quite easy) and psychological terror

Recently our composer made a track, which is meant to be used at least on our first trailer. His music talks about this game better than I ever could.

The link (to Soundcloud) is in the screenshot below.

Aaaand… our first (ultra-mega-eary stage) video to show a bit of our cameras and flashlight. Many things need to be tweaked and adjusted of course, but for a general idea, it works. It’s low-res though :P.

Edit: removed to show an updated one :).

I love the camera style so far, adjustments are still surely to be made being so early in development so I’m really looking forward to it

I’ll be watching this thread

Thanks man, appreciated! We expect to be releasing a teaser soon, which I will of course post here :).

Aaaand… our first (ultra-mega-eary stage) video to show a bit of our cameras and flashlight. Many things need to be tweaked and adjusted of course, but for a general idea, it works. It’s low-res though :P.

Shhh… keep it a secret between us. He might get puffed up, we wouldn’t want that, would we?

Thanks for the kind words.

@AzamKhan yes, we will make sure it’s as beautiful as it can get. This one was a bit rushed, gotta admit.

Looks awesome! I love the multiple character choice, the permadeath option reminds me of obscure.

Thanks! We thought that permanent death along with autosaving (on a per-chapter basis) would contribute to create tension and an adequate horror atmosphere as your characters are really vulnerable and they don’t come back.

A first sneak peek at our upcoming teaser trailer

here are a couple screenshots. The whole thing has been recorded with Matinee.

And here it is, at last, our official teaser trailer :). All of it has been recorded via Matinee.

We had to “fake” the UI because the in-game Matinee recorder does not seem to record UMG widgets (the real ingame UI is very similar though).

looking forward to seeing more of this.

we put in some serious hours and effort into the game to make recording this video possible. It is appreciated!

Looking good, and the varying soundtrack bits fit really well – IMHO the audio is half the equation in a horror game

We absolutely agree there. Half the equation at the very least! The first thing we did was to contact a very talented up-and-coming composer to whom we owe the music and sound (it is not yet ingame unfortunately).

Our second playable character is here :), and the first of the non-protagonists that you will spend most of the game playing as. She is Sophie van Denend (in-game screenshot), Daniel’s long standing friend and ex-wife. A “no bull**** taken” kind of person, not hesitant to act and to persevere until Daniel is safe and sound. 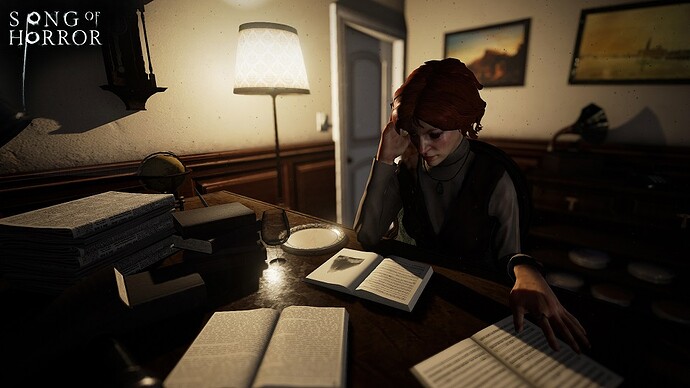 Hey folks! We have been featured on GigaGeekMagazine’s Indie Alerts! Here is the article :).

Protocol Games has been working on bringing back what survival horror used to be, before it became more of an action genre with some jump-scares. In August of 2014, Song of Horror was conceived: a …

Updating the thread with our latest screenshots! 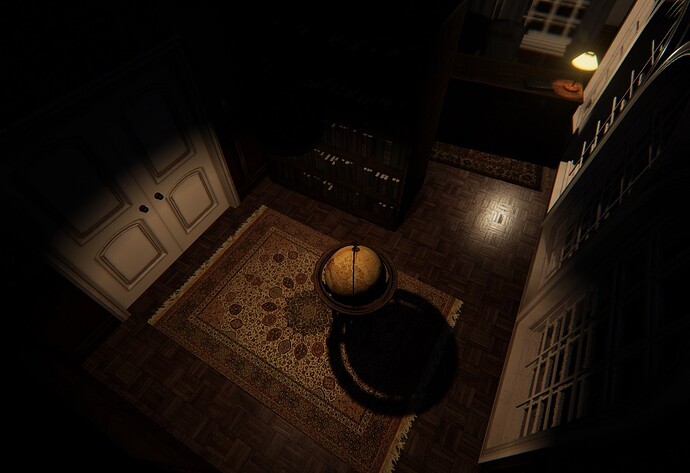 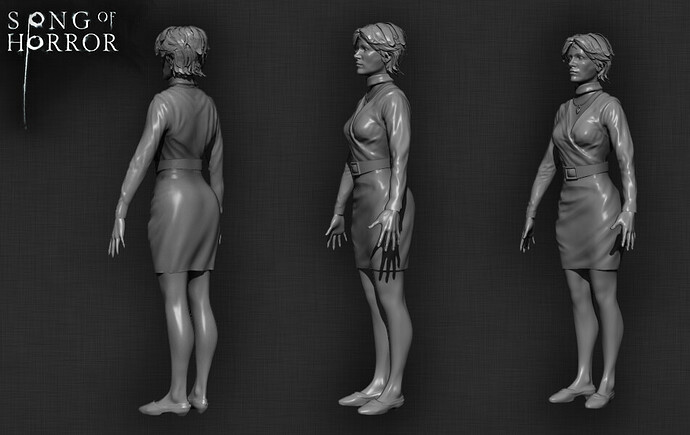 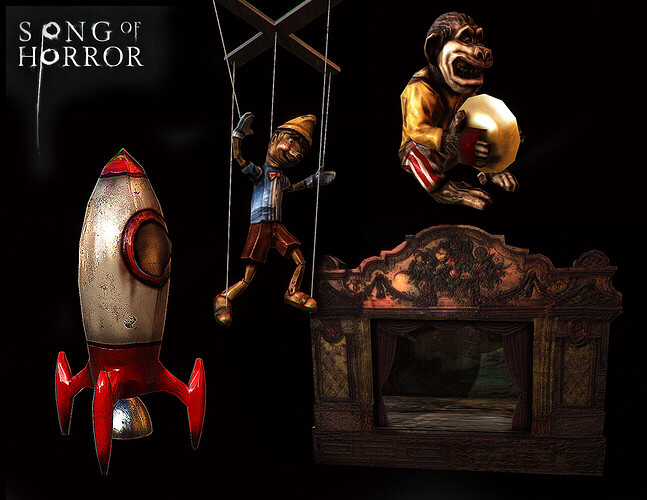