I’m trying to build a modular asset set that doesn’t conform to a regular grid, and I’m quickly starting to realise I need something more precise than moving stuff around by hand. Basically what I would like is to assign specific places on a model (sort of like sockets), with position and rotation, which I can snap other objects to. Something along the lines of how you build stuff in Kerbal Space Program - moving the green sphere on one object over the green sphere of another object causing them to snap together and realigning: 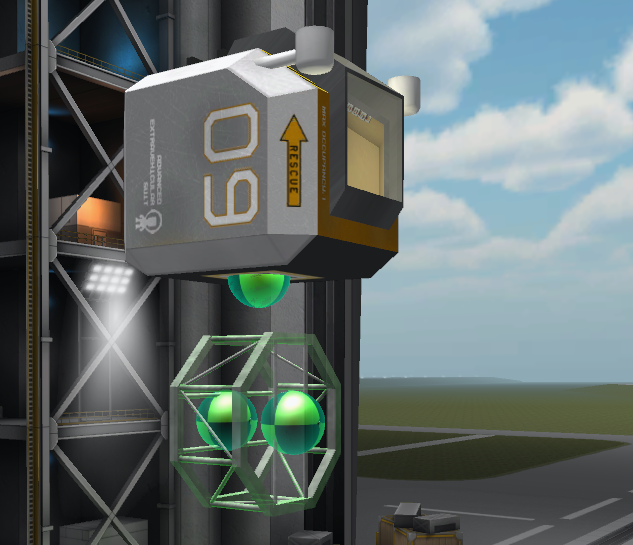 Is there any way in Unreal to set a system like this up? Or a good plugin? I’ve been looking at Rama’s plugin here (A new, community-hosted Unreal Engine Wiki - Announcements - Unreal Engine Forums), but it doesn’t look quite like it does what I am after - I should probably try it though.

You could maybe have a thing where a trigger or something overlaps the closest socket and attaches to it?

Hmmm! That’s actually not a bad idea. I will try and see if I can cobble together a blueprint that does that. Thanks!

Did you ever figure out how to do this? I need to do the exact same thing to create a demonstration of putting a complicated assembly together. Having the parts snap when they get close together would be amazing.

I’ve done a couple blueprint setups for modular basebuilding that use trigger-sphere snapping, requires a bit of math and preparation but it works great:

I’ve done a couple blueprint setups for modular basebuilding that use trigger-sphere snapping, requires a bit of math and preparation but it works great:

Hey so I’m having a issue. How are you getting it to snap into place, I’m using colliders and sockets. However, when the overlap begins it will detect the closest socket on that mesh… However there is no way to get out of the snap mode now LOL