Skeleton for rigging with Blender

I don’t have access to a full version of Maya, so the UE4 rigging tools are unavailable to me. Do I need a skeleton rigged with the Maya tools to use the persona retargeting system?

You can use any rigging tools you like as long as you can export an fbx. If you’d like to get a character from UE4 into Blender, try exporting the skeletal mesh as an fbx and bring it into Blender. Any new Blender animations should work with the character already in UE4. Or you can create all new content from scratch. I.e. A new skelmesh with animation. You do not have to use the Maya tools.

you might want to watch my blender to udk videos, the work flow is the same just remember the scale for UE4 is larger

if you want to use blender try with thos tutorial Blender to UDK Player Model – Kris Redbeard still work for me, all works perfectly.

you might want to watch my blender to udk videos, the work flow is the same just remember the scale for UE4 is larger

Geodav,
Good to see you on the UE4 forum from the UDK forum! I had wondered where you have gone to so now I know. I would love to see a tutorial on creating a rig in blender that can be used in UE4. One on rigify would be cool and would that is compatible with whatever UE4 internal rig is these days. Also, any tips for someone trying to use Mixamo Fuse and there rigging process for creating working UE4 characters would be greatly appreciated. If you haven’t tried it, Mixamo usesFuse to create characters and there website rigs a character in under 2 minutes! It’s awesome!

BTW, my old name on the UDK forum was DemoMan2. You might remember I asked you for lots of help with vehicles and turrets back in the day. At least this time I was able to get my proper gaming name before someone else took it!

hey Demo, nice to see you here, i’ll be very honest with you guys, in the past year i’ve been playing with the beta i found that trying to use the UE4 rig not such a good idea , see-ing as the small amount of anims that come with the templates i really doubt its worth while trying to set up a blender rig for those anims.

so that leaves us blender users with a few options, a complete custom rig - using the rigify meta rig with modifications - using the full rigify rig but finding a way to export without all the extra control bones.

miximo fuse and other services like that really go against the grain for me, limited at first and very costly when you need a lot

I hate saying this but I am using the IPIsoft Mocap Rig, why because all the motion transfer tools I have attempted in Blender BVhacker etc don’t like retargeting the motion to an advanced IK Skeleton. But if I match the IPI Skeleton all motion is converted quickly and easily. Since I can’t animate for **** and we don’t have a real animator it works out just fine.

Ya I know for some custom frames or fixes its a pain not having the marionette controls but I don’t need to use them very often.

Osias, would it be possible for you (or do you know of a place where I can find) to make a tutorial on how you’ve integrated ipi with blender and udk? I would love to see how the three are integrated

P.S. Geodav, where exactly could I find your tutorials?

loads of stuff, atm for blender watch the blender to UDK play list but remember about the size/scale difference

Hi again Geo,
I see what you mean about the default character in UE4 not having a lot of animation behind it. Sure makes things difficult for us developers dealing with creating new characters. Probably the best thing is to use “Rigify” like you suggested in blender and then merge that with the character mesh and export it via .FBX. One thing that might be helpful is you can use the .fbx converter software from autodesk that might help with that extra bone problem that blender has in it’s .fbx export routine.

As for Mixamo Fuse, you are right in that the program has some limitations but I’ve been in contact with the developers and they seem willing to keep adding features to make the tool better for us developers. Right now there web based rigging process is awesome and you get two free rigs a week with the deluxe version of the Fuse program on Steam. So that’s not too bad being able to rig two characters a week without any additional costs. And they do have custom animations available for those of us who aren’t the greatest at animation. So while it may not be for everyone I think it’s worth looking it and deciding for yourself if it’s what you need.

hit a bit of a roadblock with rigify, even though i’ve unticked the deform option for all those extra bones, and then ticked the deform bones only option in the fbx exporter it still exports all those bones (148 atm) so i’ll have to look again at http://www.blenderguru.com/videos/introduction-to-rigging/ to see if i can get that to export without all the helpers

Didn’t expect that from Epic, but there you have it: https://www.unrealengine.com/ For $19 per month you get access to full source code of UE4. If you cancel subscription, you still have access to the code, just get no updates. It would be...

In this blender forum i explain how to modify rigify script to give game ready rigs. Optimized hierarchy with 75 bones, its a very easy change, you dont really need to know coding to change like 3 letters in a script.

orry, people i tried to get rigify working on 2.7, but it gave me errors. Anyway, ill give you what I did to get game ready rigs with it:
in Generate.py under the rigify folder in addons folder.
At line 320, you will find this:

Every bone that has a name starting with “DEF-” make deforming. All the

what that does, is making each bone wich has the DEF prefix, be a deform bone. the modification you should do, is change that DEF_PREFIX with ORG_PREFIX , that way it will make the original copy of the bones(metarig) be the one that deforms. Then, when you export, you check the Export Only Deform Bones option, and only the org_something bones will export, wich create a nice rig.
problems: all bones are org_something as their name. I dont know enought of python and blender API for bones to be able to remove those prefixes while keeping the bones synced, so the IK and that works fine.
Not the best solution, bot works very nicely, if you dont mind the “org_” prefix in all your bones.

This thing makes it so the exported rig exports with NO helpers, and only the most basic rig possible, wich is the same as the original bones you use for the generator, but you still get all the fancy IK/FK and rig tools

Hi vblanco, it’s nice to find some help on this but i don’t see what i need to change as that looks like the original python section
eg

if i export with the option ticked i still get ca 150 bones !!! i must be doing something wrong

Hi vblanco, it’s nice to find some help on this but i don’t see what i need to change as that looks like the original python section
eg

if i export with the option ticked i still get ca 150 bones !!! i must be doing something wrong

This is the change in coding, swapping the DEF_PREFIX with ORG_PREFIX , this should give you rig of 75 bones, if you export with “only deform bones” in the fbx

thanks i"ll give that a go

for the people who tries this, this creates a whole skeleton wich has “org_” prefix in every bone, wich is a bit uglier than it should. Im going to investigate how to modify that rigify plugin to make the exported bones be properly named, like bHip bSpine, and similar, instead of org_hip, org_spine. But i dont promise a thing, i have almost no knowledge on blender plugins

I found this Youtube video with a different approach using Blender and Autodesk FBX Converter: 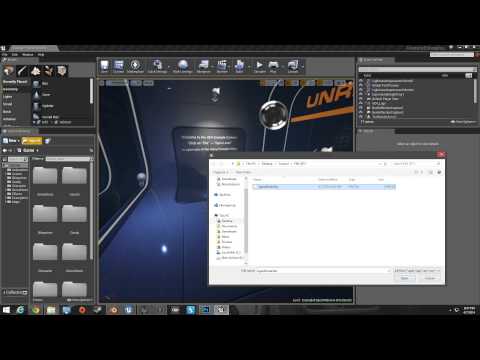 The author of this video says that this workflow has worked for him the best (although he does not mention what other apporaches he has tried before). Essentially, he uses a rig from MakeHuman and exports not deformations but Armature and Mesh. He doesn’t even mention if he has the Blender FBX exporter fixed for that additional bone issue. Maybe the fix is not required if you export armature and mesh?

Anyways, when he imports the rig into UE4, we see only one single warning and he says that it hasn’t caused any troubles for him when animating. Also all the textures are there in UE4 ready to be applied.

As I understand, MakeHuman license is “do everything you want”, thus we can use the rig and models we create based on the rig for any purpose we want. Sounds great.

Just one quick question - which rig is of better quality and should be easier to animate and cause less problems? Rigify, MakeHuman or Andrew Price’s rig from here? http://www.blenderguru.com/videos/introduction-to-rigging/

I’ve been having great luck using the MakeHuman>Blender>UE pipeline. It was a bit tricky to get all the import/export settings right but it works really well. There’s also a great addon for Blender called MakeWalk that you can use to retarget mocap data to the MH rig. That alone makes using the MakeHuman rig worthwhile I’d say.