Significant change in skysphere from 4.4 to 4.6?

I just updated my apartment level from 4.4 to 4.6, and immediately I notice the sky is completely different even though the settings are the same. It’s very dark now.

Here is what I mean. I increased the cloud opacity which gives it a similar effect, but the sun disappears and the entire sky is too bright rather than it being localized around the visible sun as before. Any help?
(Top image is 4.4, bottom is 4.6 same settings)

Looking at your details panel settings on the left I can see that you don’t have a Directional Light actor selected for your blueprint sphere. The reference to that may have been lost. Just use the drop down to select the one that is in your scene and it should fix it right up.

@Jacky - the settings are set to Epic, yes.

@Tim Hobson - The settings are actually exactly the same for both the 4.4 and 4.6 scenes, neither uses the directional light.

Still having this issue, I want to update to 4.6 for this scene but can’t. =/

Did that and it doesn’t affect the sky only the sun. Increased cloud opacity as well but it brightens up the entire sky rather than the area around the sun as it does in the top image. I tried everything I could think of nothing seems to fix it. =/

Is there an atmospheric fog actor in the mix here? It has the ability to brighten around the sun. But I think it will require that directional light.

I have fog in there yes, but in the original image I was able to get it to look like that without attaching a directional light. I tried attaching the light in 4.6 thinking maybe that ill resolve the issue but it doesn’t.

removed previous comment. Figured out some things that removed it from being part of that bug we were looking at.

Edit: Looks like it may be a change happening somewhere. I’ll update when I have found the issue.

Okay, so this isn’t a bug, but instead a change in the way the materials were handled with 4.4 and before vs how they were handled post 4.4.

Essentially, the color curves were changed significantly in the BP_Sky_Sphere to keep from using negative values. If you take the the sun brightness as an example and change that to a negative value you will see that it becomes a void swallowing up everything around it. In 4.5 and later, if you do the same you will see that this no longer affects the clouds and only makes the sun disc a small black void.

Since the BP_Sky_Sphere is not a part of a project and is an engine asset when you upgraded this part was not brought over from the original project since the engine already had a copy.

This is where the differences come in.

There are two ways to go about using the old one without having to change any values:

Here are my results moving the older version to the newer version of the editor: 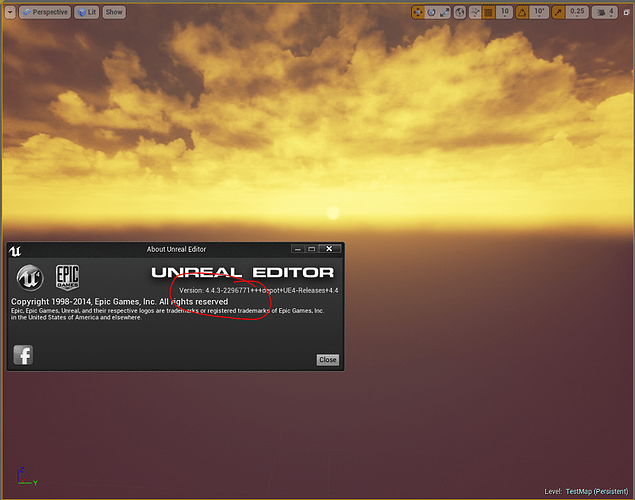 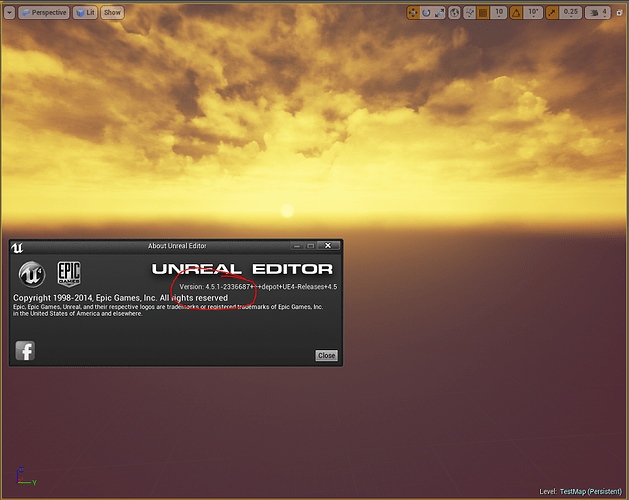 Let me know how this works out or if you have any other questions.

Hey Tim, thanks for looking into this. I’ll try this method out next time I get a chance to get on and let you know if it works. =)

Awesome. If you run into any issues just let me know and I’ll gladly help!

Thanks Tim! I’m going to be away from the editor for a few days, but I’ll be sure to give this a try as soon as I can. =)