Shifting to Linux for UE5 Cinematics. Need a guide please

I am planning to shift to Linux as Windows is crashing a lot due to wattman error.

It is a driver problem.

Do you have any guide on how to setup everything in Linux including UE5? I am not a coder, the reason why I do not use Linux.

My aim is to create cinematic movies, so platform independent.

I need to know how and where to start?

Linux is not a fully supported platform for content creators who don’t know how to compile code.
I highly recommend finding and fixing whatever your driver problem is, or changing hardware, and staying on Windows.

I say this as a frequent Linux user – unless you have someone who can help you out in person nearby, you should not use Linux with Unreal Engine for the use case you suggest.

I will install Linux anyway just to check whether it is a hardware problem or windows drivers problem. I had 16 reboots in last 4 hrs compared to 2 in the last 4 days. If hardware is the problem, it will happen with linux as well.

Maybe I will not use linux for UE5 but just to double check the hardware system.

Unable to even download the OS right now due to reboots.

I have installed Linux on another drive and dual booted with windows 10.

No restarts till now. I am writing from linux os.

I think there is some vulnerability in windows which is either being used by someone to reboot my computer, or there is some windows update that is crashing the drivers.

I still have to install the AMD drivers here but it has taken the default AMD drivers anyways.

In the long run, I would slowly, shift to Linux, as it is much stable than windows.

Now options are to either install Unreal in Linux or Install VMware, install windows as a virtual machine, and then install UE and all my 3D software.

So if Unreal or drivers make the system unstable, they will crash the virtual machine and not the Linux system itself.

You were talking about using virtual machines,

In general, unfortunately, no, virtual machines can’t run graphics heavy applications with acceptable performance (or, sometimes, at all.)
The only exception is when you can use PCI-express device pass-through – e g, you allocate a full GPU to the virtual machine, rather than to the host.
I use virtual machines for server-side work, so I can run the client environment on Windows (as a host, with Windows 10 Pro) and the server environment in a Linux VM (as a Hyper-V guest.)

That being said, Nvidia is doing some cool things around GPU virtualization, and this may end up being supported by virtualization technology or special drivers in the future, which could be very cool. But currently I don’t see anything that goes all the way there.

The only exception is when you can use PCI-express device pass-through – e g, you allocate a full GPU to the virtual machine

For this, to work I might need more than one GPU of the same type so I can use one completely for the virtual machine?

Nanites do not work in MAC, so even that is not an option.

I am big-time stuck. I have reinstalled windows recently, even that did not fix the rebooting problem.

Let me see installing Unreal on Linux, how well it works. There is already a lot of scripting needed to install DaVinci resolve and BLender on Linux, so I doubt even Unreal will work smoothly with AMD drivers.

I will anyways need to install VMware for running adobe suite and ZBrush, so might even try to install two GPUs on one computer.

If I install an Nvidia Quadro 4000 GPU to run linux and then use AMD r9 390 gpu in the virtual machine, will that work?

Hi, don’t know if you already looked at these resources, but if you still need to work with UE5 on Linux you can take a look at this article on AWS website (it is quite similar to the UE docs but with a few more tips & tricks), it is focused on compiling a Server for multiplayer games but the logic is the same. 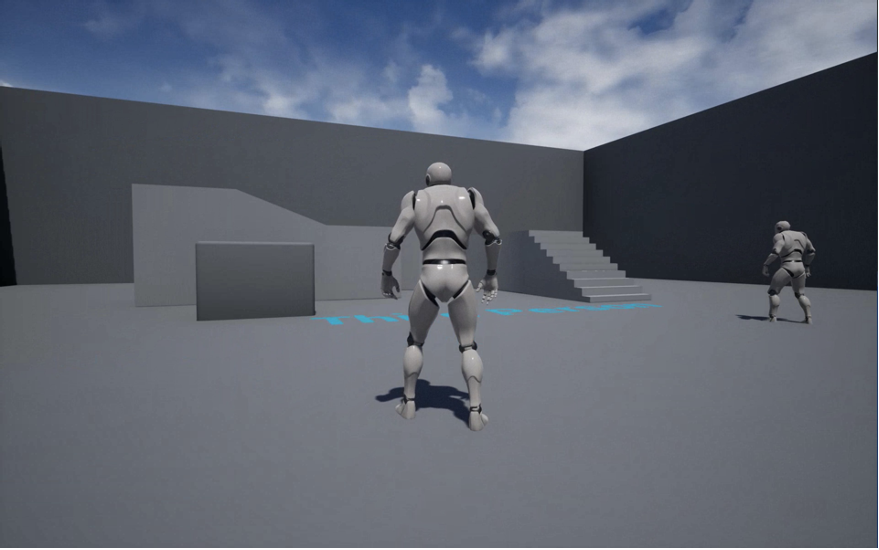 Epic Games is a leading interactive entertainment company responsible for some of the world’s largest games including Fortnite, and also develops Unreal Engine, Unreal Engine is a world leading open and advanced real-time 3D creation tool....

Also, if you want to work with Linux on a Windows machine take a look at WSL2 (Windows Subsystem for Linux). It allows you to run Linux directly from the windows terminal instead of using a Virtual Machine or doing a Dual Boot.

Assuming that you use a GPU and virtualization technology that supports PCI Express pass-through, then it doesn’t matter whether they are the same or different – one goes to each side.

But if you’re getting a Quadro 4000 anyway, there’s a possibility you could eject the Radeon from the system, and run Windows with stable drivers. If it were me, that would at least be worth a try, to reduce the number of variables.

Thanks, I will have a look at it.

No the issue is with windows itself, which is crashing a lot, so cannot use Linux on a win system.

I have an old QUADRO 4000 with me. It is not an RTX one that is available nowadays. VRAM is also very less.

I am in a soup, will try to work on windows today and see if it crashes or not.

Did worked for a few hours and then rebooted again.

The problem is I am not able to pinpoint the problem is in GPU, drivers, or some other part because the reboot happens randomly and the event viewer has no warning or errors.

When do you say reboot do you mean a blue screen? Last year I had a similar problem, my PC was crashing constantly with the DPC_WATCHDOG_VIOLATION, and using BlueScreenView I found out the problem was the Nvidia driver. I’m not sure the blue screen errors show up in the event viewer

That is the issue, it sounds like a reboot sound with ping from CPU and it reboots without BSOD, Plain black screen, just like when you press the reset button.

I have taken out each part, cleaned the RAM DIMMs, cleaned all the fans with blower, cleaned cpu fan, cleaned the GPU with blower. Took out the psu, there was a lot of dust trapped there, cleaned even that with a blower by removing the warranty sticker and opening it.

Thought drivers were an issue, so I formatted my windows and clean installed it again, updated all the drivers and windows updates.

Still keeps happening randomly, sometimes nothing for 4 days then 16 reboots in 4 hours, and no error in the event viewer.

It is making me go bonkers.

when I cleaned the pc, I put the front panel wires in the wrong pins, reset button was not working, now I have fixed that, hopefully, that was causing the issue as it was connected with power buttons and reset buttons. The ping of the reset button was being heard every time it rebooted. I am testing and checking if this solves the problem.

Nope still happening. But it looks like it has to do something with my power button, after 11 years of usage, something has gone wrong with it, it starts the computer just by gently pressing it instead of full press on.

It is causing the power cycle issue. Once I hard press it, power cycling stops, and the computer boots normally.

I have stress tested the PSU and GPU with benchmarks, they’re working all right and do not restart during the tests.

I will try changing the power button or getting a new one, not sure I will get 11 years old cabinet power button though. Hopefully, this fixes it and I can go back to the windows edition.

So it appears to be more of a hardware problem rather than a software problem. Good to know

Yes, hopefully, I have pinpointed the problem. Maybe it is the power button causing the random reboots. I have to change the button and then see if the problem persists or not.

It rebooted in LInux as well. Looks more and more like a hardware problem.

my PC was crashing constantly with the DPC_WATCHDOG_VIOLATION, and using BlueScreenView

Hi @Famekrafts.com, this is a sign of a motherboard failure due to the CPU/GPU temperature failure.

Check your fans are not choked with dust.
That is ALL the fans the message comes from and unhandled heat sensor.

The customer ambient temperature of the room was 31 degrees centigrade the GPU has been “cooked”, on Windows task manager iGPU was 92 degrees, they had forgotten to connect the extra plug for the fan!!.

As I mentioned before, I have cleaned the CPU A/O fans, all fans in the cabinet, and even GPU fans.

I had major heat trouble with Quadro 4000 card, so I keep MSI Afterburner running measuring the temp of my r9 390 card.

CPU temp at idle is about 50 C degrees, with rendering it goes up to 75. I am using Coolermaster liquid cooler with a radiator.

GPU temp at idle is 29 C. When playing league of legends or using unreal it goes to peak 50 degrees.

These are speccy results.

Without the CPU cooler pump, temp goes to 100 degrees, which I just found out by disconnecting the pump.

It is possible as my CPU cooler is 6 yrs old, it could be causing the random reboots even though showing perfect temp. I saw one of the videos where the problem was a faulty CPU cooler.

It does not feel like a GPU, PSU, or motherboard problem. I have stress tested them all.