I’m currently working through the tutorials and stumbled across the following problem:

As you can see in the following image (taken from the tutorial video “Creating a Level - Geometry Layout”, the walls cast dynamic shadows to the floor: 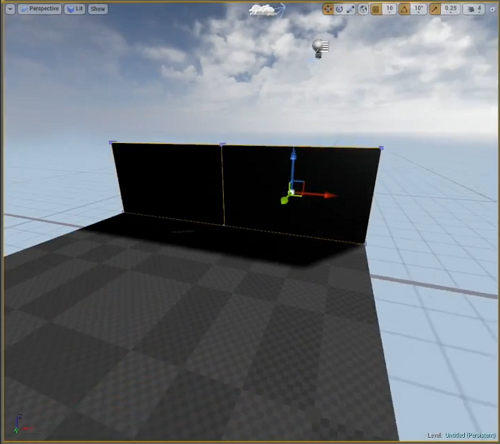 However, if I try to recreate this example in my editor, the walls do not cast a shadow: 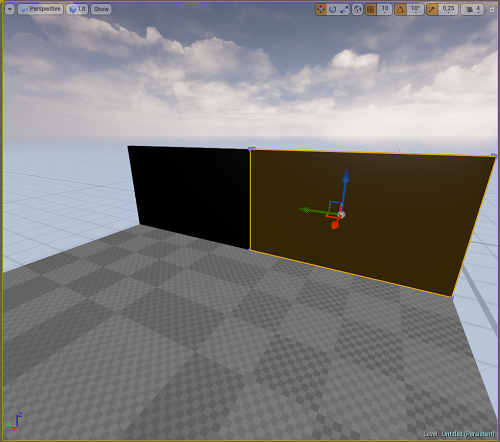 Also, the entire lighting seems to be different, although I followed the instructions from the video and did not change any settings. I can only see the shadows after building the level.

Is there some settings that activates dynamic shadows from directional lights in the editor?

[UPDATE] See the following image for another example: the mesh box casts a shadow while the geometry box does not. It seems like the light coming from the sky dome only casts shadows on some objects.

If you rotate the Directional Light in your level (called Light Source in your Scene Outliner by default), do you see any changes in shadows?

This did not change anything. I updated my question, it seems like the light coming from the sky dome does not cast shadows to some objects.

Check your quality settings (quick settings)-> put them to epic

Hi Matthjs, I’m having the same problem. In addition I can see the shadows cast by the window frames but not the walls in which they are placed. Quality settings are set to epic. 8gig ram, i5-3470 Quad core @ 3.20GHz, NVIDIA GeForce GTX 580. Have you found a solution?

Hey! So I know this post is super old, but I’ve had the same issue. However, I found a solution that worked for me.
To start from the beginning, my skydome was created using a basic sphere, scaled to 10000. I then added my HDRI material to the sphere. Still with the sphere selected, scroll down until you see the “Lighting” tab. From there make sure that the “Cast Shadow” box is unchecked. By default it appears to be checked. Once I unchecked the box, my shadows were back and the directional light now affects my environment 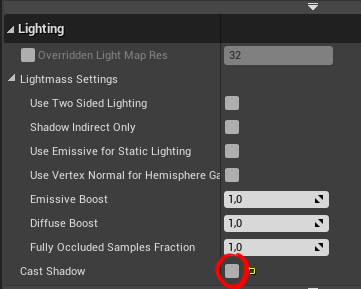