So after thorough experimentation, recallibration of both Oculus Rift and Steam VR, both Rift and Vive return incorrect tracking origins using a base default pawn.

My VR Pawn is setup with the following: Default Scene Root > VR Origin (Scene Component) > Camera.
Camera is set to Lock to HMD.

The first note here is that the VR Template is now incorrect with 4.17 - The Switch on Name for Get HMDDevice Name should be ‘OculusHMD’ instead of ‘OculusRift’, and needs to be changed. For Set Tracking Origin to be called.

The second is that, with Floor Level or Eye Level, both return an incorrect height offset. To test this, placing the HMD on the floor results in the camera in game being approx 60-100 units off the floor. Is there a way to return the correct Player Height directly from Oculus Rift’s setup or Steam VR’s setup? And if Set Tracking Origin is meant to return this, then it is incorrect.

Below is a screenshot from the Oculus Rift HMD when placed on the floor, and the base setup blueprint for my VR Pawn. 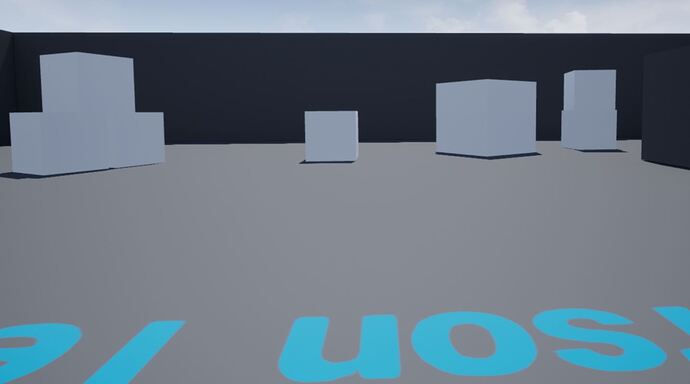 Further hunting down resolves that Set Tracking Origin is in fact working, and instead the issue is with using a Player Start and its capsule. Placing the VRPawn directly on the floor and trying it gives the correct height. Perhaps a suggestion would be that the Player Start actor does a check for HMD and offsets respectively?