Hello. I have an animated scene playing in Sequencer, and so I had one camera (that was imported as an FBX from Maya) moving around and tracking the animated character. Back in Maya, the camera cuts were done by jump cutting the camera’s location from one frame to the next frame.

Meaning it’d be in Position X on frame 10. Then it’d jump to Position Y far away on frame 11. And so it would “cut” fine. When I rendered out of Sequencer, there was no issues at all.

However, when I started rendering higher quality images using the Movie Render Queue, I noticed that between the cuts, the frame before and after the cut would have streaks of motion blur as the camera prepared to move positions.

I thought I could solve this by no longer cutting with one moving camera, but by having two separate cameras that would be fully static during the cuts (already in the positions they needed to be). However, even with that they are for some reason having a bit of blur (even though they aren’t moving at all).

Additionally, every frame after the cut is coming out as some weird transparent/faded image with a RANDOM camera view of the map. I have no idea where this high-up camera view is coming from, there’s no other cameras in the project, but somehow it’s rendering this full map view. Is this just a complete bug? 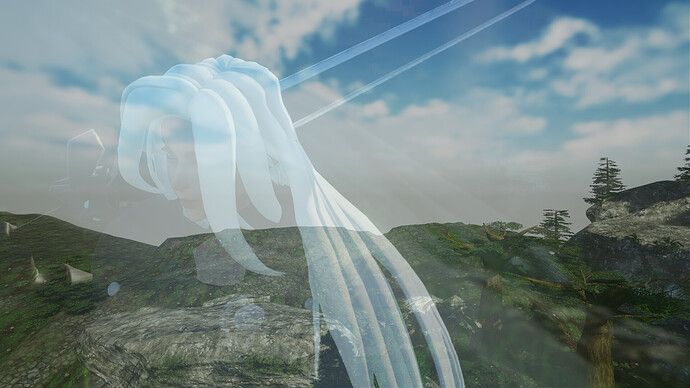 And lastly, as soon as I use Temporal AA in Movie Render Queue (if I increases the samples past 1), it always blurs the first frame of the sequence. Even if I add Warm Up frames, it still messes up the first frame. 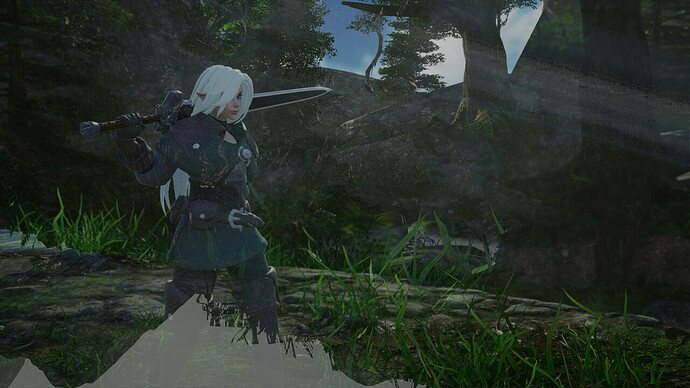 What is happening?! I’m going mad trying to figure things out. Please help!

So it seems like this is just an unfortunate “bug” for now and there isn’t a technical FIX to things. But talking to other users, there are workarounds that can be done to circumvent the issues.

For the first bad frame, user William Faucher has a great video tutorial on it:
https://www.youtube.com/watch?v=lXcerW59onA&

Basically rendering with a few frames of handles before your actual scene begins, so that the bad frame happens on a null frame that you don’t need. So in my case, my animation started at frame 0000 in the timeline, so I added 2 frames at the head so it would begin at -0002 frames.

For the motion blur issue, what I’m piecing together is that the temporal AA / motion blur settings are just going crazy between camera cuts. On frame 0000, my character starts moving. On frame -0001, there is no character existing in the scene, but because of that, it’s motion blurring between a blank frame (-0001) and the start frame (0000), so it results in my character being half-transparent.

The same thing happens on camera cuts after where if a character moves between one camera shot to the next, it calculates the motion blur way too much.

My solution to this has been to keyframe the Motion Blur Intensity value on my Post Volume Cube on the first/last frames of all my shots. So I will keyframe the MB down to 0.1 value on those 2 frames, so the blurring is so low that it’s not noticeable at all.

Hope this helps anyone who needs it, and hope Unreal can find some solutions to this in the future!