I’ve made a system whereby I damage an enemy and blood spurts out and lands on the ground. The problem I am having is that when it lands, it cuts up the particle causing straight edges and making it look poor. 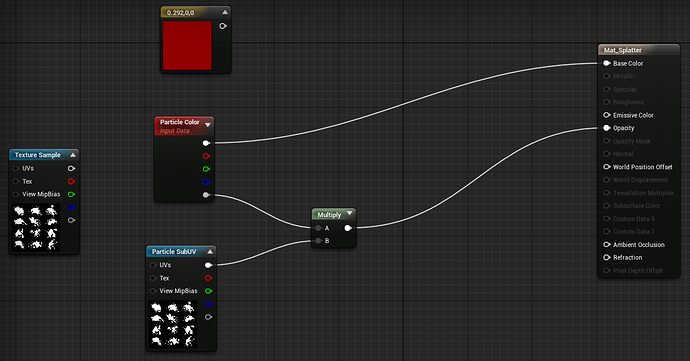 As you can see the texture I am using is just a general splatter pattern arranged into 3x4 “tiles” to get the effect of different various types of blood spurts, which looks quite nice when it shoots out.

The particle system is fairly simple and looks like this: 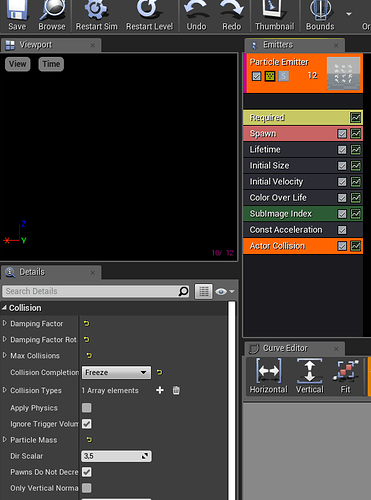 As you can see, in order to get the desired effect of the blood landing on the ground I have set freeze collision to world static so it stops on the ground/floor/walls and stays there until the enemy is dead and despawns.

However, I am getting some weird issues with the texture after it has landed, as mentioned it cuts up the texture image at the wrong places, so the blood on the ground looks like this: 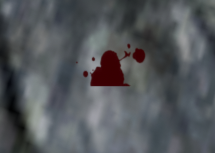 Does anyone recognize this problem or have any ideas how to solve it? Maybe tile the texture image in the material to make sure it gets cut at the proper places?

Beginning to zero in on the real issue now, it’s not that the particles get cut, it’s that they land vertically on the ground, as can be seen here:

So the only thing I really need is to flip it when it lands. And also stop it from rotating towards the camera. Would I need to use a decal for this instead or is it possible to handle within cascade?

Guessing there is something I have to set to relative to world and not relative to screen… but I can’t really find any options for it.

I would post an answer for your original question, if you have other questions you should created a new post. This will help people with the same issues

Ok, I have gotten far better results using decals, especially when I figured out how to prevent decals from being applied to my characters (big DUH on that one).

So now I have (as always) a new question: Is there any way to make the blood look less… pink/opaque? And more deep red?

Picture of the decal applied to the ground: 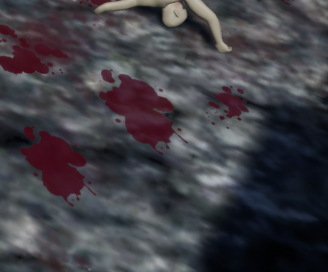 And a picture of the decal material: 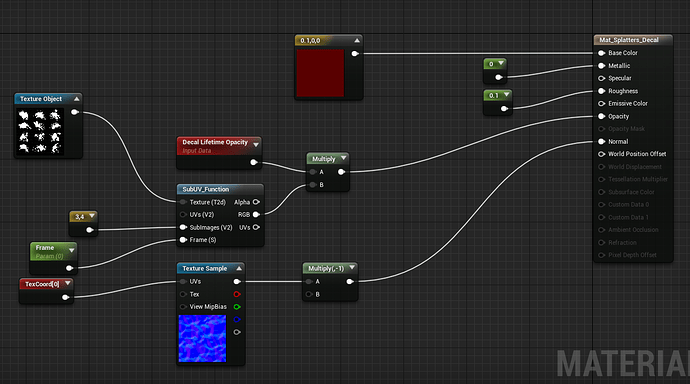 I’ve been fiddling about with multiplying the opacity with a scalar parameter but not really getting the results I want.

Well I don’t really have an answer for my original question since I still don’t know how to fix it and went with another method instead. And the topic is still the same.