I have a scene capture 2D actor ~100m from a particle system with a FOV of 1 degree. (Thanks to not having orthogonal scene capture…) While a physics driven mesh there is rendered to texture as expected, the particle system attached to it does not show up. The particles are just simple white sprites. In the 3D and wireframe viewports I can see them working fine. The min/max draw distance settings don’t seem to help.

As far as I know, thats fully normal behavior.
Unless something changed since me and my team tested it (almost 2 years ago), there is no way to capture particles in a scene cap.

This does work in 4.11+ (on PC and iOS) - I have a particle system of falling leaves that I capture off-screen with a SceneCapture2D (so that I can use it in UMG to “wipe away” my loading screen), and the particles render fine, albeit with inverted alpha so you need a OneMinus in the material.

Note that in 4.13 (possibly the later 4.12 builds too) there have been changes to the rendering that un-inverted the alpha (but only on PC, iOS is still inverted, which is a little annoying): 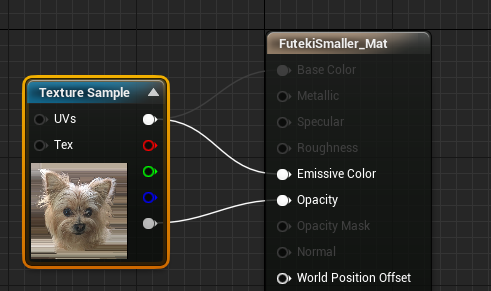 I was trying the new Draw Material To Render Target node in 4.13 Preview 1 and it seems that its default behaviour produces inverted alpha in the render target. Here is my test setup using a blank C++ project: Import a PNG with alpha as a texture ...