Hey there, having trouble setting up media content and animated materials to fit specific screen sizes within my game. The scale is usually way off and when I scale it within the material I end up having to tile it. The effect you see in my images was unintended but something I ran with though I would like to change this as time goes on. I have many screens in the game that vary in size and it seems that when I add media content and animated materials I can’t seem to get it to scale to the screen properly. have Any help would be fantastic. Thanks, everyone! 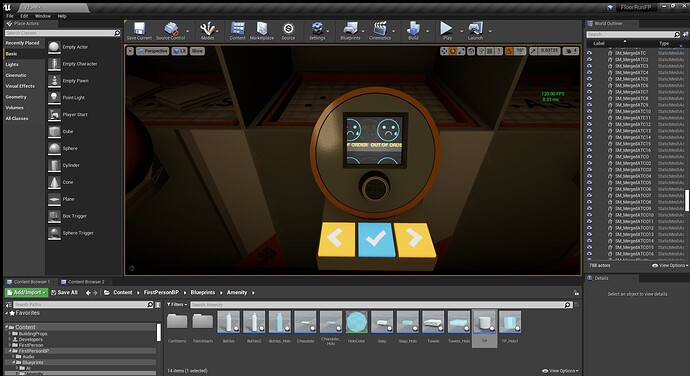 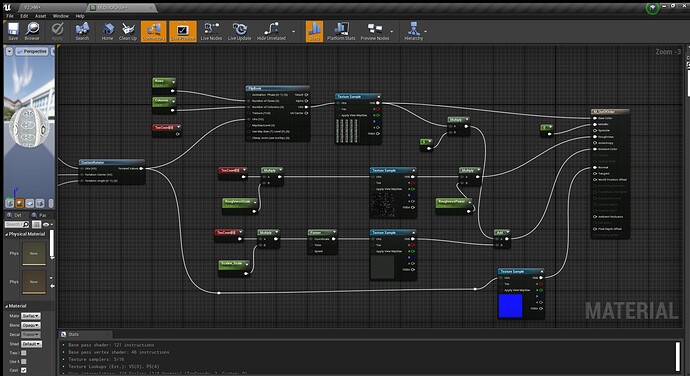 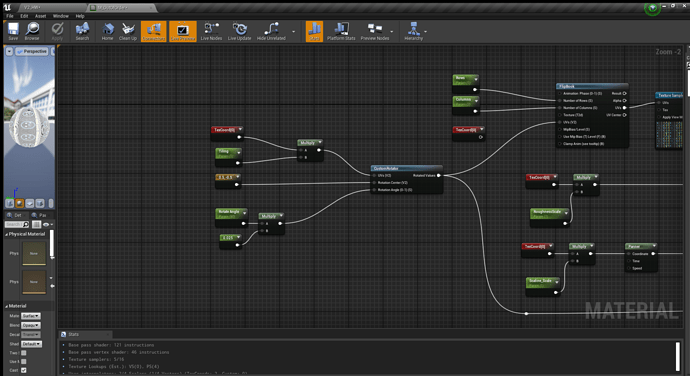 What’s the point of the this community

The UVs of your screen mesh aren’t fit to the 0-1 UV space… is my guess.

Of course I have no idea because you didn’t actually post a picture illustrating the result you’re after so I may not be understanding the problem.

How would one go about doing that? I have a few screens in my game I’m trying to utilize and this is my only hold-up on finishing it out.

When you modeled this you unwrapped it right? The screen UVs need to fill the whole coordinate space. My guess is you have the screen occupying some random small area of the UV map. 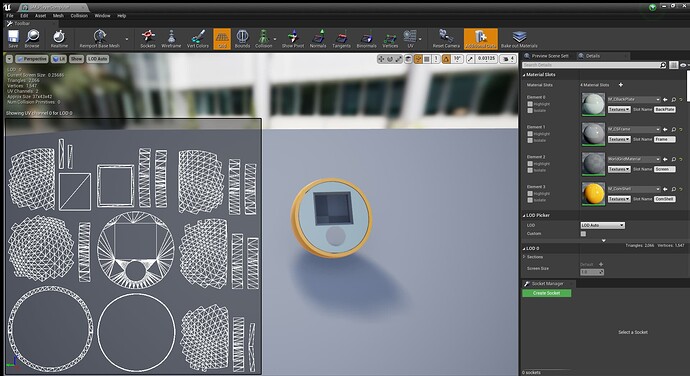 So does the screen need to be it’s own object separate from the shell of whatever it is attached too? Seems odd to me I guess

So does the screen need to be it’s own object separate from the shell of whatever it is attached too?

The Screen UV can’t fill the space because it would overlap the other UV’s would it not?

Yes it will overlap. No that is not a problem. Only lightmap UVs need to be non-overlapping.

Interesting.
Anytime I’ve had overlapping UV’s Unreal yells at me tells me to stop doing it.

It should only complain if you have overlapping lightmap UVs.

Just a final note: The screen doesn’t need to be its own mesh, but making it its own mesh can be useful because it allows you to calculate the aspect ratio from the bounds of the actor inside the material. But you could just add it as a parameter and set it in your material instances as needed.

Assuming you want a correct aspect ratio. If you don’t care then none of this matters.

Don’t I need a lightmap UV for baking light? If I were to bake the light then how would the engine distinguish between the texture UV and then the lightmap UV? Nearly any tutorial I’ve watched for texturing assets revolves around non overlapping UV’s for UE4. Feels like I’ve just sort been missing key information I guess

Don’t I need a lightmap UV for baking light

Yes, but it is a separate UV channel. Texture UVs are (almost always) in channel 0. Lightmap UVs are in channel 1 (by default)

If you import a mesh with overlapping UVs into UE4 and you set the import options to generate lightmap UVs, it will automatically generate a non-overlapping set of UVs for you and put it into UV channel 1.

These are just defaults. You can specify all of these. In the mesh details there is a setting that lets you pick which UV channel to use for lightmaps. It defaults to 1 but you can use whatever channel you want. Similarly if you want to use a different UV channel for your regular texture maps, if you look at your graph screenshots above you can see your TexCoord nodes have [0] next to them, indicating they’re the coordinates from channel 0.

Channel 0 should usually always be used for texture maps unless you really know what you’re doing, as tangent space in Unreal is based on channel 0.

Hey, Not really an expert on this but have tried a media plate?
I found this article, hope this helps