I finally sorted out RVT blending between my terrain mesh and rock mesh. Terrain material turned really green, in the shader complexity preview mode, after converting it to RVT stuff. The rock however remained brown as it was. 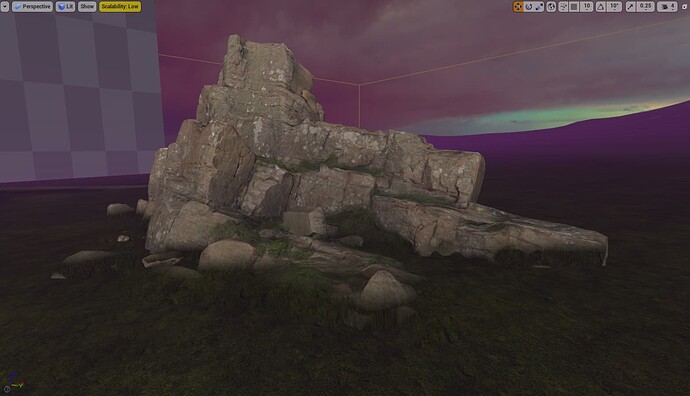 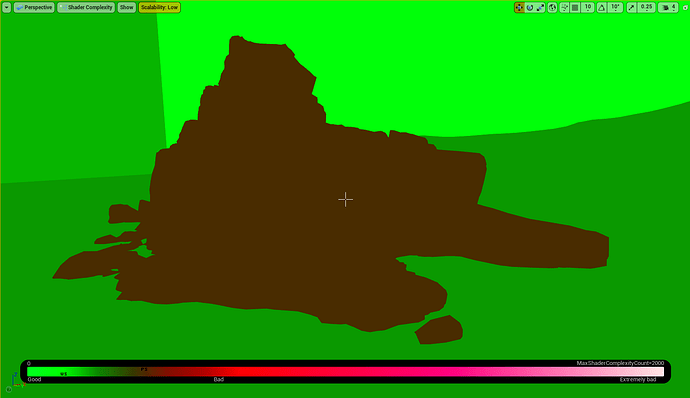 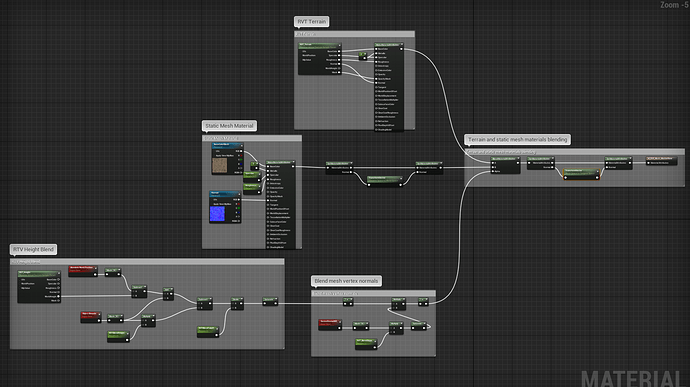 This article talks about RVT cache, but doesn’t go into details what exactly they did Use Runtime Virtual Textures to Improve Landscape Performance in Unreal Engine | by Arunoda Susiripala | GameDev4k | Medium

EDIT: I did this and I got rock mesh to have lower compexity shader view, but it doesn’t look right at all: 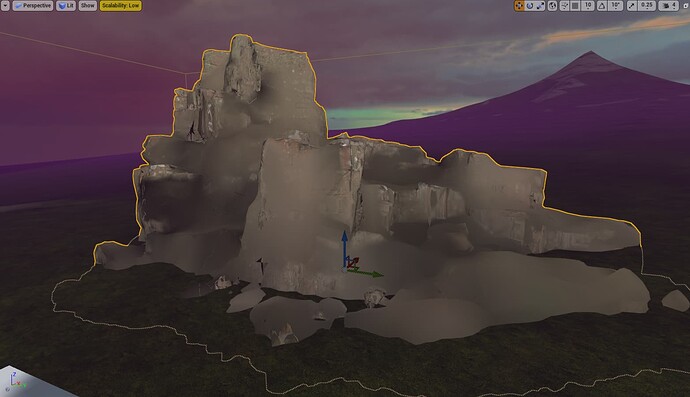 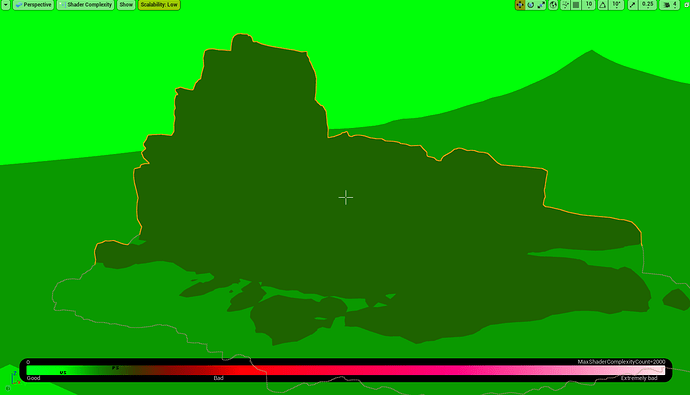 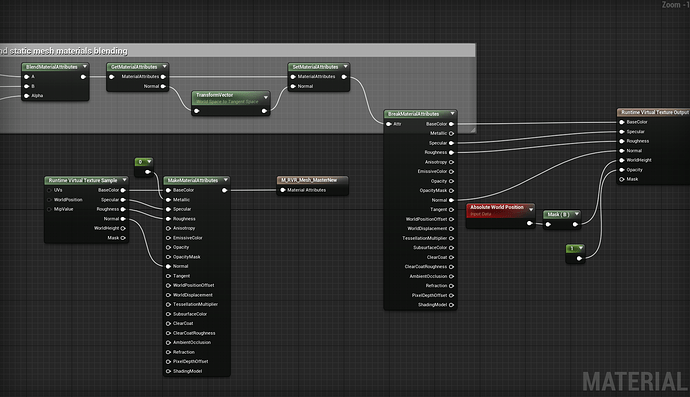 Is it even possible to achieve!? If so, how?

P.S. For that last test I have 3 RVT volumes and each of the RVT meshes (terrain, rock) references all 3 RVTs (terrain, height and rock).

When you are using RVT Cache, it only affects the landscape. The rock mesh is only reading from it.
I did a video about this topic recently. 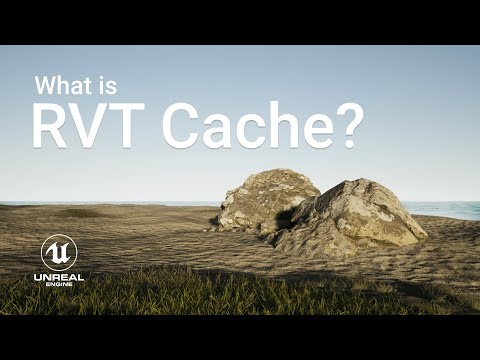 I see. So in other words that’s the best I can do as far as getting rock mesh “greener”?

Yep, I saw the video and sadly there is no graph shown in it

There is a section on What is RVT ok that video. You can jump to that via YT chapters.