Replication "standalone" vs "play as client"

This works fine in “play as client” mode (both single-jump and double-jump). However when running as “standalone” only the single-jump works. I think what is happening is that the client is also the server, meaning it will execute “Start Jump” twice, increasing the jump-counter twice - thus blocking the double-jump ("you already jumped twice). 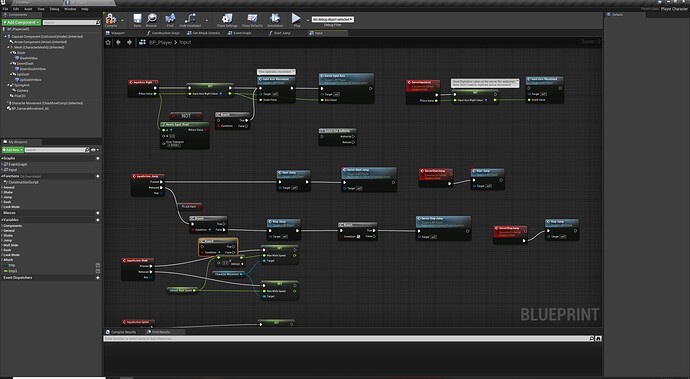 Since in standalone mode client and server are “the same instance” we need to block either the client- or the server-part from running. So one idea is to use “IsStandalone” and in that case not replicate to the server… or alternatively in standalone only replicate to server - which is ‘itself’, so don’t think that really matters (so guaranteed no lag, should respond snappy either way + and making the possibility of cheating irrelevant also).

Is this the correct approach, or are there better ways to do this?