I wanted to make a skin that would fade into an alternative to now have it blink into the change, thought I’d post the sample project i created so others might learn the replication aspect.

We first want to create the material as a single Material using two material functions. 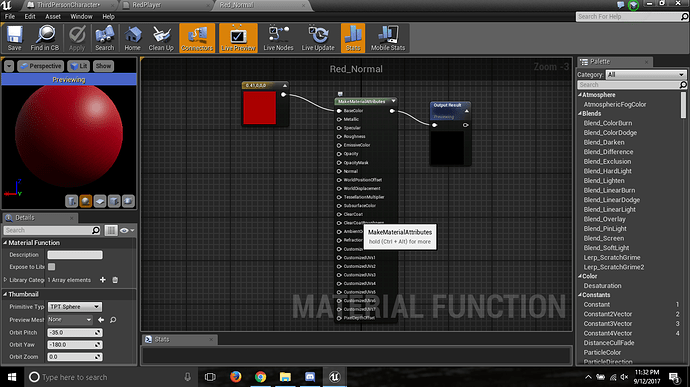 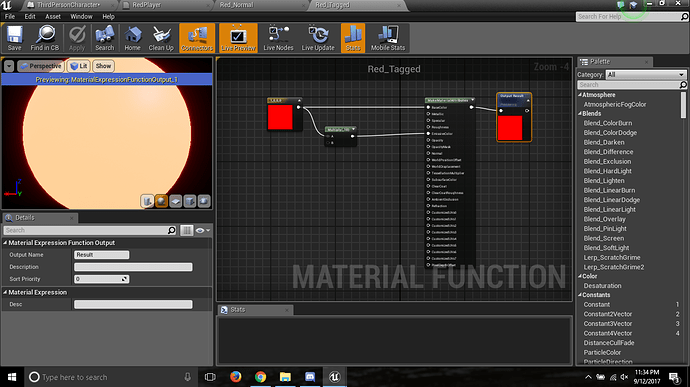 Final Material Using the Two Functions Driven by a Parameter: 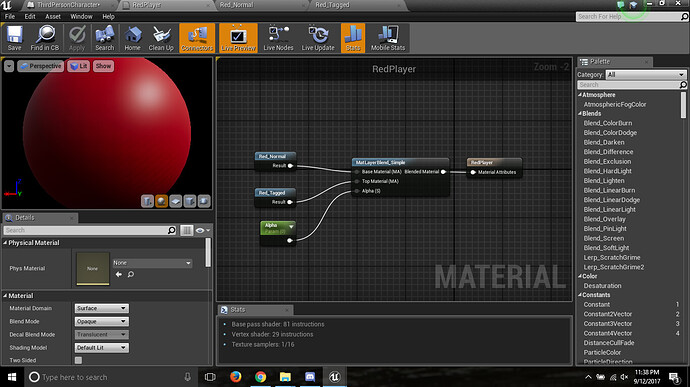 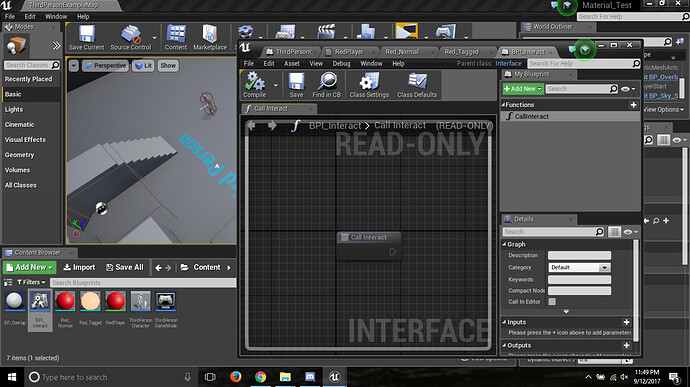 No we will open the character blue print, go to default classes and add this interface to it. 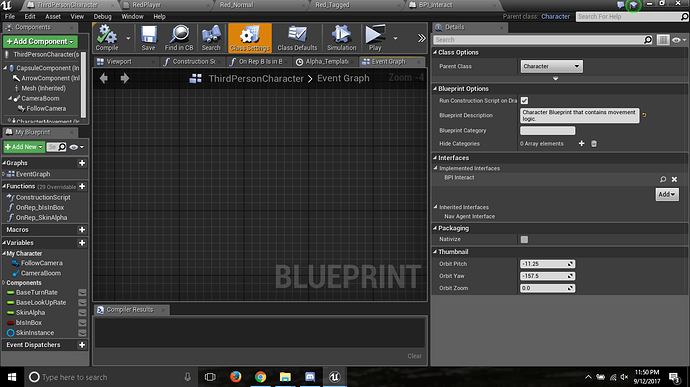 Now we need to string up some variable and add our logic. 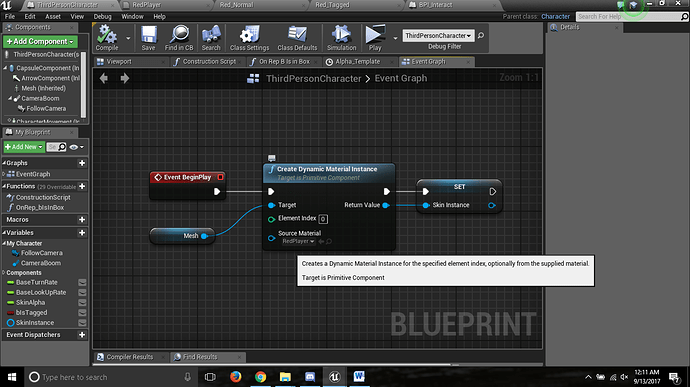 Now Lets Create the MultiCast event that will eventually be called by server to notify clients to run the logic to change the skin alpha. This is then applied to the value of the SkinInstance 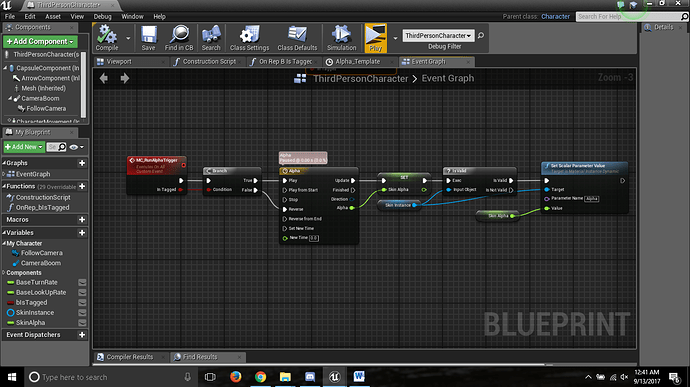 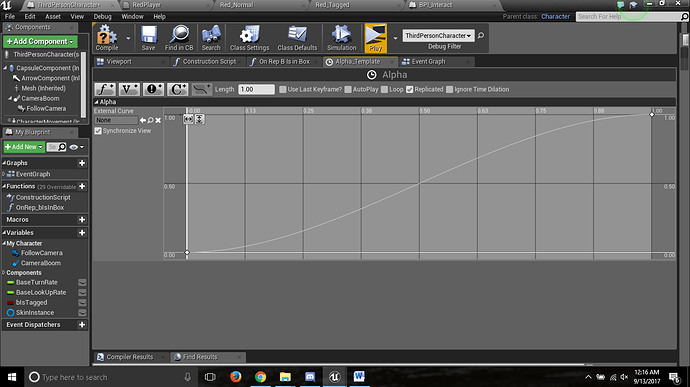 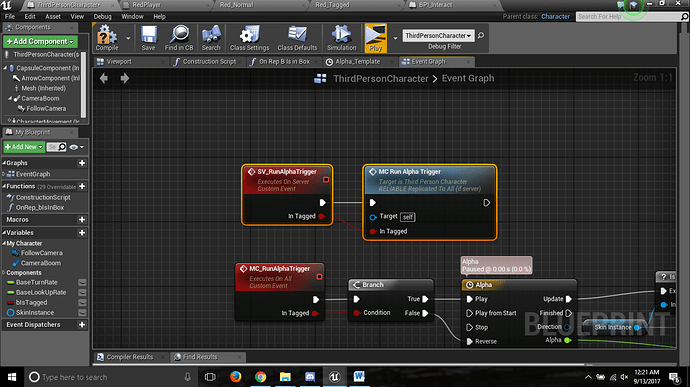 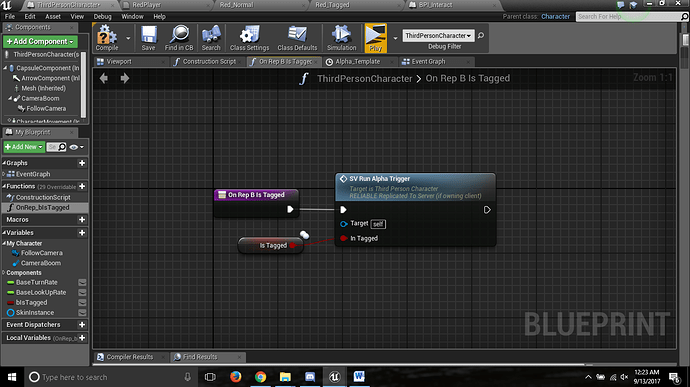 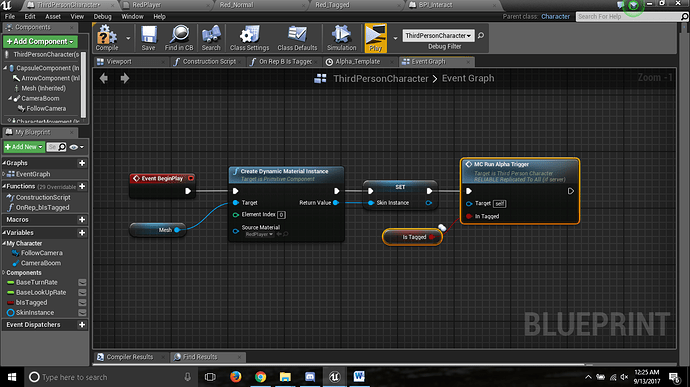 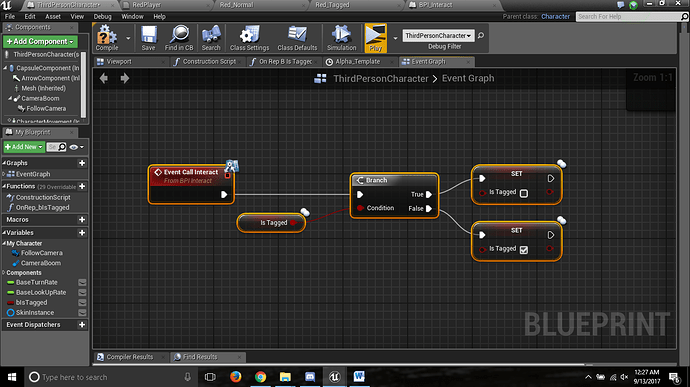 Now lets Create a Line Trace that will call the Interface on the Pawn that it contacts with.

First we want to call a SV server side line trace and logic so the server does the checking and calls the value.
So we only need the button to call a server event that will then if hitting a pawn, call its interface.
The previously implemented interface will change the value and the on rep will end up calling a multicast to tell everyone to update the character skin fade 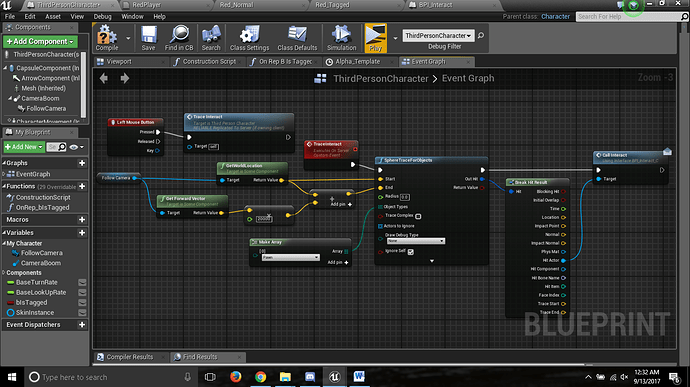 Sometimes the world is funny - I have to create a more or less similar effect: In my GTA2-Remake (see link in my signature) each car is randomizing its color upon spawning to get a more interesting look. But of course these color changes should be synchronized to all players. I was just starting to wonder how to achieve that and… voila… there is your tutorial

That definitely spares me time for trying around a lot!

Thanks a lot, highly appreciated