Rendering from a Blueprint CineCamera?

Hey guys, I’m still learning unreal engine so bear with me, but I wanted to render a scene with a Rotating Camera that’s orbiting an actor in my scene, a probe here. This I presumed could be done with a Cinecamera actor and a springarm, the springarm’s rotation is keyframed to orbit the probe 360 degrees. The components can be tracked and brought into the sequencer, but the final render doesn’t register them at all.

In the filmback picture in picture preview window, the render appears as I want it to appear in the final cut, but when the preview window pops up after initiating render, the result is a blank still of the frame, unmoving. From what I understand blueprint component logic doesn’t quite allow the camera to be “Seen” by the sequencer in this manner.

I’m not sure how to accomplish the task but would welcome alternatives. I just need a camera to follow a moving keyframed actor while orbiting around it. If it was possible to render out what the preview camera was rendering I’d opt for that option as well because it’s what I’m looking for. Images for reference: 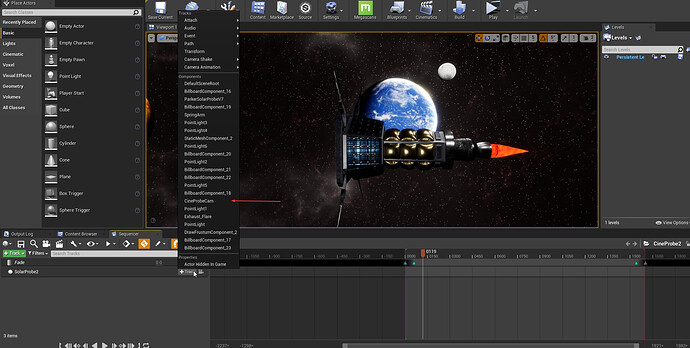 Filmback Preset picture in picture preview (How I wish it would render, minus the visible red spring arm probe shader):

How it actually renders:

Hi, what version you’re using for the project?
according to this post, only 4.26 will have the steady result of actors being rendered.

Actors are not showing up in render of recorded sequence.

When I render my recorded sequence, the actors do not show. They are clearly there when I am working in the engine. I tried converting the recorded actor to a possesable but it is still not showing in the render. I have selected to show the actor...

can you upload the screenshot shows part of your level and master sequence?
maybe there’s a default camera shot occupying the track?

not 100% certain where to find the master sequence but here’s a fullscreen cap with the sequencer open with the level sequence.

Hi, I also new and basically using 5ea,
but I think this method may works on 4.26
since that’s what I’ve done with the Archviz template:

Try splitting your recorded camera and the other actors to different sequences,
then create a new master sequence in the current level
and then put your rest subseqences into it, 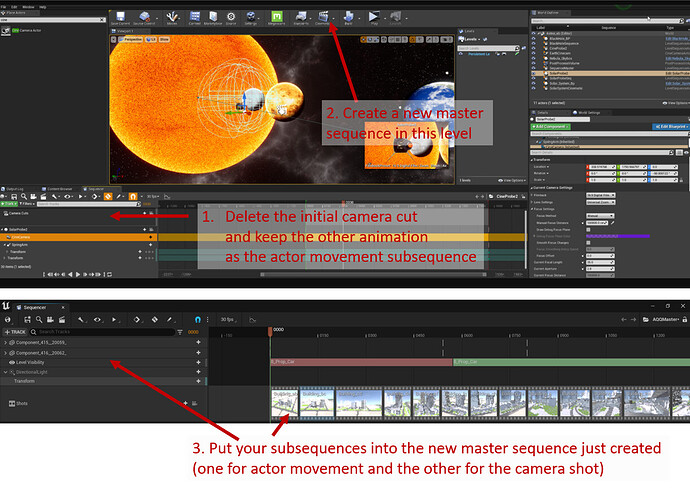 Got it! You have to create a new Camera Cut with the +Track Button and then add the Blueprint actor binding from the +Camera Menu in the Camera Cut. The Scene Renders perfectly! 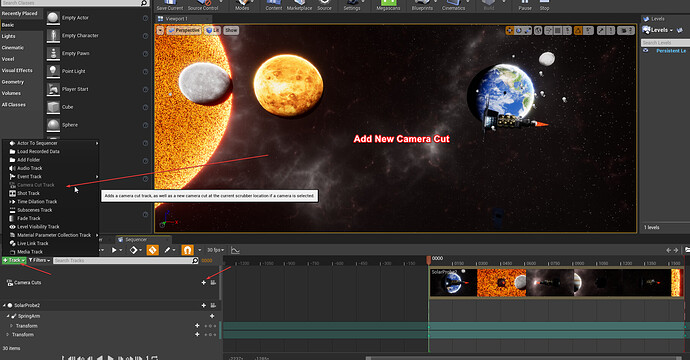